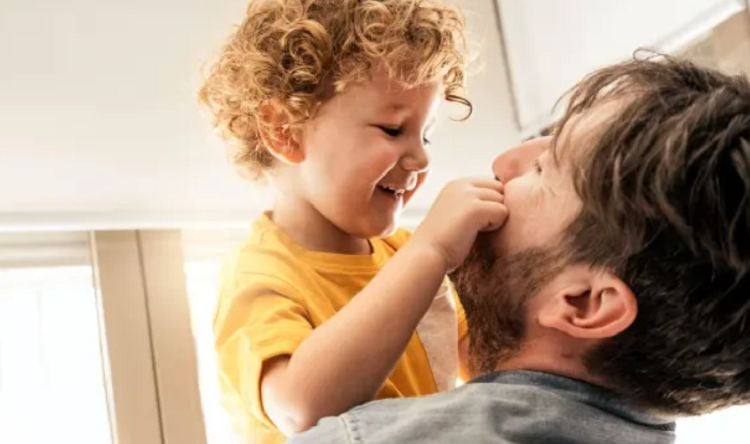 Ethos is an InsurTech startup that has been making news in financial circles. The growth of the firm has been so rapid that it has piqued the interest of competitors as well as potential clients interested in using its products and services. If you’re not familiar with this rising star in the tech and insurance industries, here are 20 things you probably didn’t know about Ethos.

According to Techcrunch, Ethos is a company with the mission for democratizing the life insurance industry by making it more affordable for those who are currently underserved. The platform offered breaks down the traditional life insurance eligibility determination processes to make both life insurance coverage, as well as the benefits of policies more accessible to the general public.

3. Ethos is not yet profitable

The CEO of Ethos shared that the company has seen growth in revenues and has added to its number of users by more than five hundred percent. This figure represents comparison with where the company was twelve months ago, representing a significant period of growth. Ethos is on a solid track to issue life insurance coverage of an estimated $20 billion within the next twelve months with an annualized growth profit of $100 million, however, the company itself has not yet reached the point where it is profitable.

Insurance companies use a variety of assorted data points when they determine eligibility for life insurance for individuals. Ethos uses over 300,000 data points and it does so in an online environment when determining individual eligibilities. It offers them both whole life and term packages.

5. Ethos is not an insurance provider

Although Ethos facilitates life insurance for individuals it is not an issuer of policies. Rather, it is an InsurTech company that uses APIs to integrate insurance services offered by other third-party providers. It works with underwriters from a variety of different insurance providers to find the most appropriate insurance policies that fall within the preferences stated by the client looking for such insurance coverage. Each package is personalized to suit the preference of the individuals, which includes both traditional life insurance policies and non-traditional kinds.

Although Ethos has not yet reached a status of profitability, the valuation of the company has exceeded the required amount of $1 billion for unicorn status. After the latest round of equity funding, which brought in an additional $200 million the valuation of Ethos increased. It is estimated to be at $2.7 billion, which is nearly three times the necessary valuation. it joins an elite group of companies that have achieved this lofty goal, thanks to its investors. Ethos increased in valuation by 0.7 billion in just two months because of its fundraising efforts.

7. Ethos is preparing to expand

The recent infusion of investor funding has made it possible for Ethos to move ahead with its strategic plans to expand its operations. The leadership of the company shared that there are plans to expand its current product as well a move into other areas within the insurance industry in addition to life insurance. They’re considering offering coverage for critical illness among others. The firm is planning to launch a talent search and hiring campaign to strengthen its workforce and infrastructure of staffing. This is an exciting time for Ethos as it is moving into a new phase that will help to pave the way to its future profitability, which is good news for its investors.

8. Ethos is a versatile business

9. Ethos is still a young company

Ethos has not been in operation for very long. It is still in the developmental stages of its growth. The business was founded in 2016, which means it’s only been around for five years. It was founded by Lingke Wang and Peter Colis, under the legal name Ethos Technologies Inc.

10. Ethos is led by an eight-member executive leadership team

11. Ethos has a two-member board of directors

13. Ethos has a high rate of web traffic

Although there has been a decrease in the percentage of visits to the website over the past 30 days, Ethos has good web traffic numbers. The average number of monthly visits is 240,956. This was not the highest number of monthly visits as the past month shows a decrease of 8.45 percent. It’s likely because the summer months being vacation times for families. Still, Ethos is ranked as number 146,992 of the millions of websites registered on the world wide web.

14. Ethos is visited most frequently by Americans

Ethos is an American company that serves the American public. Ninety-nine percent of its web traffic originates from individuals who are living in the United States. Although the products are not offered to people who live outside of the USA, there is still a degree of interest shown from people who live in other countries throughout the world, although each is less than one percent of the overall web traffic statistics. There has been an increase in the monthly visits growth from visitors from Canada of 80.38 percent. Visitor traffic from people who live in Ukraine has picked up by more than twenty-two percent. There has also been an upswing in interest from visitors from Germany and France. Although Ethos currently has no programs to serve people outside of the USA, the data is useful to determine if it would be worth the company’s while to pursue international services for people outside of the country. It’s good to have this available for future reference.

Ethos is backed by several wealthy investors. The business has participated in over six rounds of funding with the most recent round of Series D funding closing on July 21, 2021. So far, the fundraising efforts have brought in a total of $406.5 million in equity and venture capital funding.

16. Ethos is backed by seventeen investors

Investor confidence in Ethos is high. There is a total of seventeen investors backing the company’s expansion and growth. It is a late-stage venture and equity capital company. Investors include SoftBank Vision Fund, FootPrint Coalition, Arrive, GV, Dreamers VC, General Catalyst, Vetamer Capital, Glade Brook Capital Partners, Sequoia Capital, Accel, and several others. Ethos has also attracted the attention of some celebrity figures who have invested in the business and added it to their investment portfolios. Among them are Robert Downey Jr., Will Smith, and Jay-Z’s Roc Nation.

Ethos is backed by private investors. You won’t find shares listed on any of the world’s stock exchanges because it has not registered nor filed for an IPO. The leadership and advisors have not made going public a part of the strategic plan for the company. It remains under the ownership of its founders with stakes allocated in unknown amounts to its investors. There is no need for the company to sell its shares for public trading because it is prospering under the current private fundraising strategy. We researched the matter to look for any plans to go public in the future but found no evidence that any discussions on the matter have been shared publicly. It is likely to remain privately funded.

According to LinkedIn, Ethos is actively recruiting talent to expand its workforce. The numbers listed on its LinkedIn site show that Ethos currently employs 205 persons. We were impressed to learn that the company has listed eighty-five available jobs which are now open and available. It appears that they’re taking swift action with their plans to grow the workforce and the current number of new jobs is almost equal to a third of its current workforce. This shows that the company is preparing to go through a rapid period of growth and expansion and it’s preparing with the staff to execute its plan for advancing in the InsureTech industry.

We scanned through the eighty-five job openings listed by Ethos to get an idea of what kind of positions the company is hiring for and where they are available in the country. There are several jobs opened for San Francisco, California, and the surrounding area, which is where the headquarters for Ethos is located. There are also multiple positions open in Austin, Texas, which implies that they’re beefing up their presence in this part of the country as well as reinforcing the workforce in California. There are also multiple executive-level positions open as well as higher-level management. Ethos is gearing up for a massive expansion of its operations that will increase the size of its operations as well as its geographical reach.

20. There is evidence of international expansion for Ethos

We also observed a position opening for a full-time product manager in Bengaluru, Karnataka, India. The job was posted one month ago which shows us that there have been some plans for international expansion for some time. There are already several staff members who occupy this position in the country. The company is scaling its operations quickly. The positions available in India include roles in consumer affairs, underwriting, data, platform, and partnerships. They’re recruiting for entrepreneurial product leaders with the ability to move quickly and achieve fast results. Ethos will offer insurance products to people who live in the county of India with its team of professionals in this area. This is exciting news for investors as well as for the owners of the business. Ethos is on a roll and it’s a company that bears watching. We believe that it won’t be long until it reaches a status of profitability.