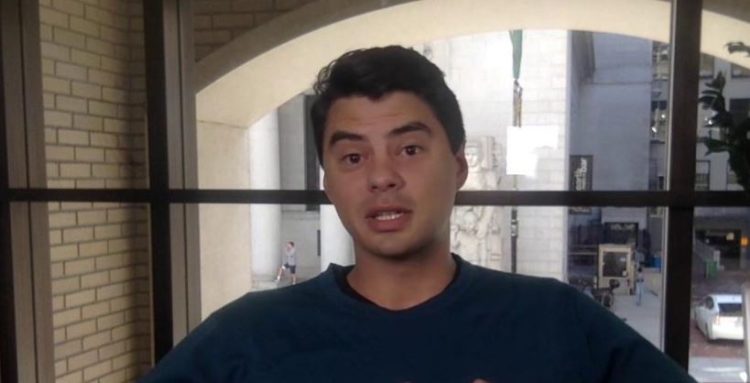 When Peter Colis joined Stanford and got a roommate, Lingke Wang, he did not know that fate had conspired to ensure that the two college students revolutionized the insurance industry. Unfortunately, it had to be through a bad experience; an agent had convinced 20-year-old Wang to buy a life insurance policy that the student could not afford in the long term. Wang ended up losing thousands of dollars, and when the two roommates realized that Wang’s experience was typical, they knew it was time to change the insurance industry. As a result, Ethos was born. It has recently acquired funding that has pushed the company’s valuation to $2.7 billion, but that would be impossible if Colis were not an able CEO, so let’s tell you more about him.

1. The Biggest Challenge He Experienced In the Early Stages of Business

You could have the best business concept but turning it into reality becomes a headache when no one you approach believes in you. That is what happened with Colis during the initial stages of starting Ethos. Although he had experienced other challenges, he found out that convincing people to be part of his team was not as easy as he thought, especially when giant companies made them offers. Still, he pressed on, and things turned around; today, Ethos boasts of having the most brilliant team in the entire insurance industry.

During his interview with GoBankingRates, Colis disclosed that he used to work at an advertising agency in the account management department. While there, he learned that he could still influence people positively even if people were not reporting to him. Through this indirect authority approach, the CEO noticed that employees should be motivated and treated with respect because who they feel is more important than him being right. Consequently, Colis adopted the same style at Ethos.

3. He Believes Entrepreneurs Have To Be Optimists

So many things can go wrong when you are starting a business, but Colis believes that you should always look for the silver lining in the cloud regardless of the setbacks. While establishing Ethos, the CEO came across many unexpected things, such as high costs and delayed timelines. In the end, he made it work because the bottom line is he was determined to have the company up and running no matter what. With time, he understood that with the right team by his side, anything was achievable.

4. How He Stays Grounded

As much as Colis knows how important it is that he stays focused on the vision he set for his business, he still acknowledges that setting aside some time for himself is crucial. He said that investing in oneself is an essential part of not losing your identity. Therefore, the CEO always has time for the things he is passionate about, which include playing chess and frequently meditating for the sake of his health.

5. He Doesn’t Think Ethos Has Attained Success Yet

Vince Lombard once said that perfection is not attainable, but if we chase it, we can catch excellence. Colis lives by this quote; he opines that once you relax, things can go downhill the moment. Therefore, the CEO ensures that at Ethos, they are constantly striving for success which he thinks they will never attain. Besides, they are always thinking of ways to better the business and product; therefore, perfection is still miles from their reach.

According to Sequoia, Colis was still a college student when he started wondering about the job he would like to have after he graduated. Consequently, he sent an email to Sequoia introducing himself and asking about any job opportunities. The company was impressed by his eloquence and ambition; therefore, even after Colis chose to start his own company instead of being employed, Sequoia still wanted to meet him in person. Even if Colis and his business partner were not ready to fundraise, Sequoia ensured that when the two partners needed seed capital, the company provided them with some. It has been involved in their fundraising rounds since then.

Medium published an interview with the CEO in which he discussed a few considerations before you can buy insurance. Colis said that you should always ask yourself if you have any dependents, and if you do, then a life insurance policy is an ideal choice. He explained that you are guaranteed that your children’s tuition will be catered for, and your funeral costs will be covered when you pass away. However, he added that you should not always go for the most expensive policy because costly does not always equate to better.

8. How He Gets Employees to Brainstorm New Ideas

In a company that is ever seeking to improve its products and bring a shift in the insurance industry, Colis and his team do not dare relax. He disclosed that they usually have a spot in the parking space next to their office where they go to brainstorm. In that place, employees do not have access to their laptops and phones. The CEO appreciates this brainstorming method because everyone gets into a different headspace that gets them to think outside the box.

9. His Father is His Greatest Supporter

Colis’ father, George, has always pushed the CEO to expand his vision; he encouraged his son, saying that Colis could achieve so much more if only he could focus. The advice was well-considered, and even now, whenever Colis needs advice, he seeks it from his father.

10. His One Wish for the Insurance Industry

If Colis were able to make public policies, he would ensure that life insurance was provided as a mandatory public service. He argues that since not all families can afford the premiums, they gamble with their future financial security. However, if it were made mandatory, then families would rest assured that their futures were well taken care of; that way, no family would ever have to contend with the difficult decisions that come with lacking life insurance.