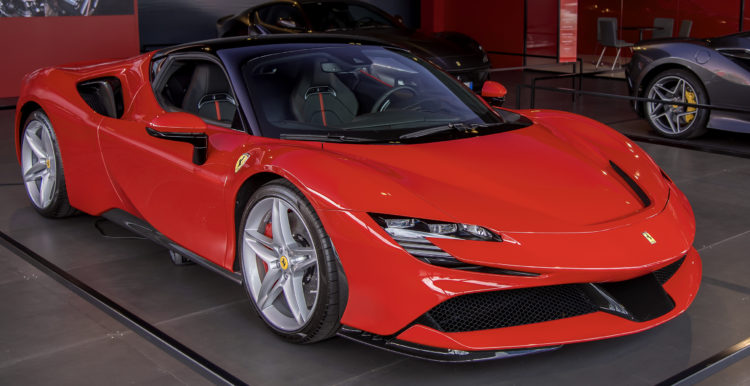 Ferrari has, for a long time, been associated with power and being a circuit-oriented car, suitable for a luxurious show of speed. Each year, this Italian carmaker usually has something for its auto-fanatics cooking in the kitchen. The meal appears to be ready, and the serving is the Ferrari SF90 Stradale Spider. According to Wikipedia, the name of this model pays tribute to the Scuderia Ferrari racing team on its 90th anniversary. Another unique thing about this model is that it is a plug-in hybrid electric vehicle, meaning its batteries are chargeable by plugging it to an external power source This article gives you a spoiler of this to-be-released sports machine, to provide you with a picture of what to expect when you hear its engine rev by.

The exterior of the Ferrari SF90 Stradale Spider is very futuristic and looks exactly like an art piece from Ferrari’s production chambers. It is very streamlined and has a low-set body to maximize on the principle of aerodynamics, which will boost its speed. Generally, it does not disappoint in bringing out the sporty look when you look at its contours and also its flashy rims.

2. The Interior Of The Stradale Spider 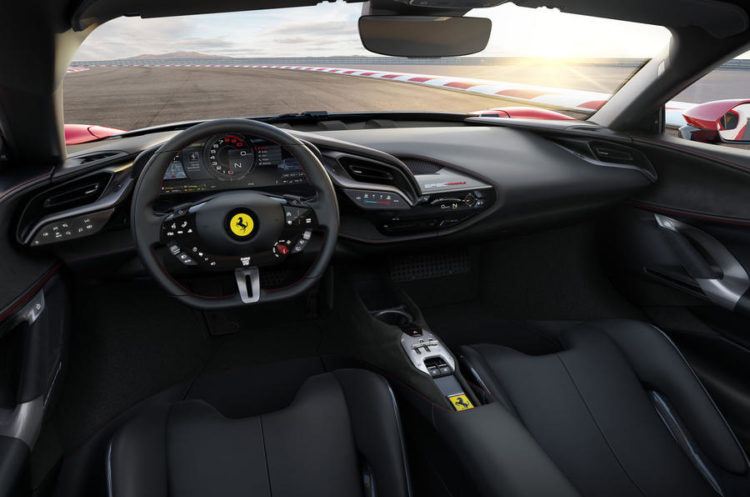 When you lift the car’s scissors doors, a luxurious interior welcomes you to the two-seater cabin of this sports car. It is very comfortable for a low-set vehicle of its kind and has a 16-inch curved display behind the steering wheel. The screen shows you the essential statistics of the car, such as speed and charge. It has enough headspace, and the headrest on the seats feature the distinct Ferrari logo.

Ferrari never disappoints when it comes to performance, a feat it continues to show with its new supercar. It sports a 4.0-liter twin-turbocharged Ferrari F154CD V8 engine. This engine has been Ferrari’s power boost since 213 for most of its models. It also has three electric motors, one supporting each front wheel and one mounted atop the transmission. The 162-kilowatt electric motors are capable of a 217 horsepower and boost the 769 horsepower from the robust V8 engine. The combined force from both of the engines is 986 hp, which is very impressive once the car hits the tarmac. 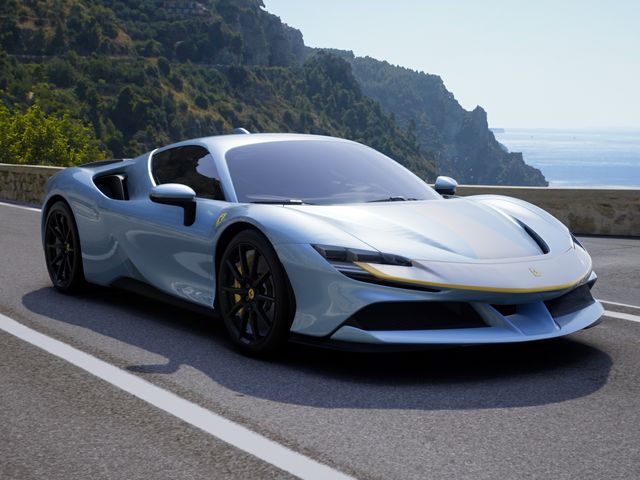 According to Auto Evolution, a car review website, the SF90 Stradale Spider has an eight-speed dual-clutch transmission in control of its impressive power. It is one of the most robust transmission systems that is a standard feature in many muscle and sports cars. This transmission model is lighter by 10 kilograms as compared to the 7-speed transmission that other Ferrari models use. The lightness improves its speed as well as stability when it is revving at high speeds.

Ferrari is synonymous with speed, and many auto-enthusiasts refer to this model as the ‘Red Speed Monster.’ You cannot underrate the Ferrari SF9 Stradale Spider when it comes to speed, despite it being a hybrid car. Its robust engine gives it an impressive chase value, as it can move from 0-100 kilometers per hour in 2.5 seconds. With top speeds in the neighborhood of 340km/h, this is an excellent speed monster suitable to burn the asphalt in car racing events. Its lightweight and streamlined design complement the dominant engine for the ultimate speed fest. One thing that car lovers appreciate is the freedom to tweak their cars to their preferences. With this Ferrari model, customization is easy, and you can start by choice of color and pick the one that meets your taste. You can also make a few changes to its interior, mostly the color, as it already has excellent interior upholstery. When it comes to the customization of this speed monster, it is advisable not to overdo it as it is already in its best shape. You may interfere with the exterior styling if you do not do it professionally.

Despite the cars’ production starting in 2019, it has been present for a long time, at least in the virtual world. It is available as a vehicle option in the mobile game, 2013’s Asphalt 8: Airborne. It has impressive ratings on the game, and it gives you a spoiler of what the car is in real life. 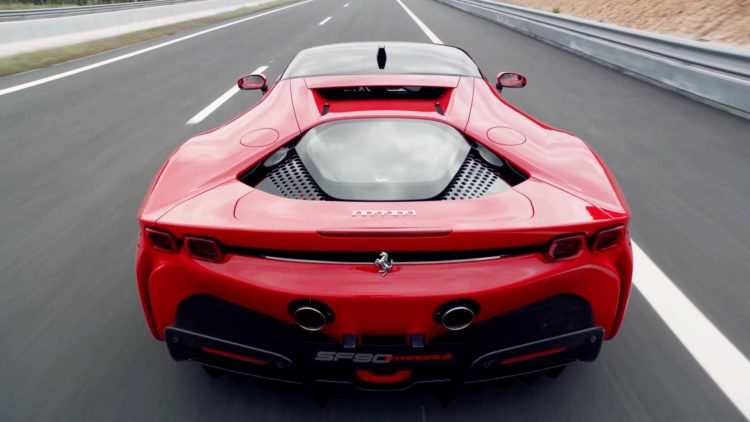 Handling is a critical factor to look at when getting a sports car. It focuses on the stability of the vehicle, especially when it is at top speeds. The Ferrari SF90 Stradale has the electric side slip control feature, which controls force distribution to all wheels of the car. It also has the electronic tractional control feature a brake by wire system that provides regenerative braking and gives the vehicle some level of stability even when it brakes suddenly.

9. It Is A Brainchild Of Flavio Manzoni

The design concept is the product of Flavio Manzoni, the senior vice-president of Ferrari’s design department. He is an architect by profession and specialized in industrial design while at the University of Florence. He has many car designs to his name ever since he focused on automobile design. His design portfolio includes Ferrari Roma, Volkswagen Golf VI and VII, Ferrari SP30, Maserati 3200 GT, and many other cars that you can check out from his Wikipedia page.

The car went into production in 2019 for the 2020 or 2021 model, and it will probably take its spot in showrooms towards the end of 2020 or early 2021. The pricing details of the car are not yet out, but looking at its features, it will probably cost a fortune.

The Ferrari SF90 Stradale is Ferrari’s shoot at having a hybrid sports car, and all eyes are on this model when it finally comes out to see what it is capable of. It is an excellent piece of automobile artistry, focusing on both its exterior and interior design.

The car will grace auto-bazaars sometime between late 2020 and early 2021, and this article gives you a hint of what to expect from this car manufacturing marvel.