Home
Food & Drink
The Finest Ace of Spades Champagne Ever Made 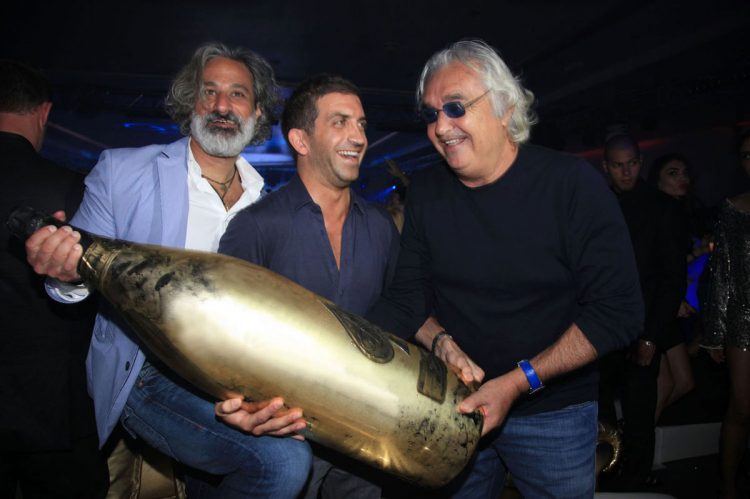 Champagne is undeniably the highest priced drink in the world, but no brand is more expensive than Armand de Brignac; the non-vintage champagne known as Ace of Spades. First created in the Premier Cru vineyards of the Cattier family in 2006, the champagne is produced with Chardonnay, Pinot Noir and Pinot Meunier grapes. Though just one of these grape varieties qualifies a wine as champagne, Armand de Brignac uses a blend of all three in perfect balance. It earned its place as the world’s finest champagne in 2010, after the blind taste test conducted by Fine Champagne magazine, which sampled 1,000 brands evaluated by sommeliers, winemakers, wine experts, and Masters of Wine. The designation as world’s finest comes as no surprise, as the Cattier family has been producing champagne for eleven generations.

The Champagne Cattier winemaking team is comprised of fourteen people, who press the fruit harvested from the thirty plus hectares of the family owned vineyard. Some selected fruit is also sourced from regional growers. All of it is hand-picked, and then pressed in the family wineries. The first and most fresh portion of the initial 4,000 kilos pressed is what is selected for Armand de Brignac. The champagnes rest in the deepest portion of the family cellars for several years. Each bottle is hand-finished, and the special metalized bottles are polished, identified with labels of French pewter, and then carefully placed in a gift box made of lacquered wood. Each bottle is completely unique.

The metallic bottles which distinguish the Armand de Brignac champagne were originally designed by the fashion house Andre Courreges. The pewter labels serve as the royal crest of the Ace of Spades, and are applied by hand to the bottle surface. The bottle and label together are not only iconic, but reflective of the opulence which characterizes French fashion.

But, even among the rarest and best, there is yet still the finest of the fine. Armand de Brignac produces the 30-liter Brut Gold Midas; the largest Champagne bottle in the world. Made only by Champagne Cattier, and only in very limited quantities, these bottles are also the most expensive. A single bottle has recently been offered for sale at approximately $50,400.

Other bottles have been priced even higher, and brought celebrity to Ace of Spades. Mark Cuban, owner of the Dallas Mavericks, spent $90,000 for a 15-liter bottle to celebrate his team’s NBA Championship in 2011. Just one week after that event, the Boston Bruins purchased their own 30-liter bottle of Midas Gold for the lofty price of $100,000 to celebrate their Stanley Cup ice hockey championship. Still later, American gambler Don Johnson purchased his own Armand de Brignac Midas bottle at the London One For One nightclub; spending approximately $151,800. 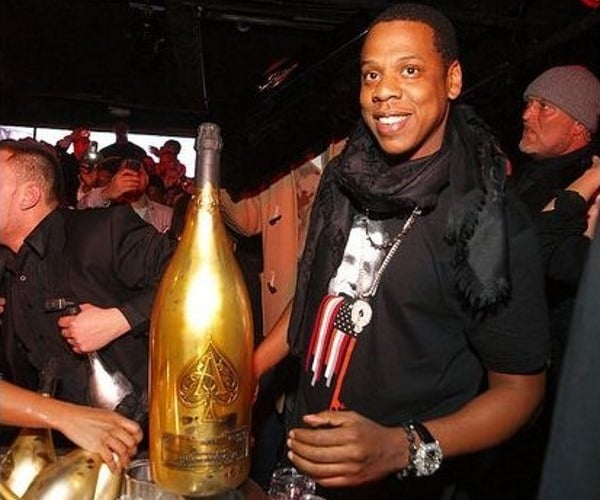 Adding to the celebrity of Ace of Spades, rapper powerhouse Jay Z purchased the distribution company in 2014 with an offer that was irresistible. The Sovereign Brands group, which owns the US trademark, reported that the deal could not be refused. Jay Z, actually named Shawn Carter and married to Beyoncé, turned to Ace of Spades as his Champagne of choice when he became angered with Cristal, his previously favored brand. Cristal had enjoyed popularity in the rap world, and some winemaking experts have noted that Jay Z’s promotion of his new favorite Ace of Spades may have contributed more to the rise of the brand’s popularity than its winemaking heritage.

Forbes magazine has estimated Jay Z’s net worth to be somewhere near to $520 million, and his popular video, Show Me What You Got, certainly contributed to the public awareness of the Armand de Brignac brand when he featured a bottle of the champagne in a silver case. But truth be told, Champagne Cattier was a celebrated house and Jay Z a celebrated rapper. The business venture could simply be described as a legendary exchange.

The Cattier family of traces its direct ancestors to the Chigny-le-Roses vineyard owners since 1763. These ancestors sold their grapes to negociants from Reims until 1916. Jean Cattier Sr. created Champagne Cattier when he returned home from WWI, injured. He could not find buyers for his grapes that year, so he produced his own champagne instead. His son, Jean Cattier Sr. built the wine estate known as Cattier House. Cattier family members have taken responsible positions in the business since then, directing the business and managing the vineyard passionately. The original wines were curated by subsequent family members educated in oenology and various business specialties. Together, they have continued the house’s development and prosperity.

Early in 2000, family member Jean Jacques Cattier decided to create a luxury brand which differed from the house’s historic champagnes. The goal resulted in an innovative combination of traditional champagne production and contemporary packaging and branding. The champagne production was strictly controlled for excellence and flavor, while the branding was decidedly fashion forward.

The bottles selected were metalized, and previously used in the 1990s. Each color was to correspond to its own specific champagne. The pewter labels would bear the brand name, which was itself a creation of family member Nelly Cattier in the 1950s. She had designed the brand for a customer from Paris, but it was ultimately not used then. Jean Jacques made the decision to use her brand name as a tribute to her lifelong work of expanding the Cattier firm. The first bottles were released in the United States in 2006, and rapidly gained attention due to the Jay Z video which featured the brand.

While the Armand de Brignac Gold Brut is Champagne Cattier’s flagship champagne, there are five in the range, and they are all comprised of three vintages in the following approximate assemblage:

Champagne Cattier owns cellars which are among the oldest and deepest in the region of Champagne. There are three floors, with vaults built in three different architectural styles including Gothic, Romanesque and Renaissance. The Armand de Brignac brands rest at the lowest floor, behind locked gates. The annual yields are strictly limited, the house is still family owned and run independently, and staff numbers less than twenty.

Ultimately, the flavor of Armand de Brignac Gold Brut, with its full bodied and complex bouquet and fruity character is what has given it world class status. The fruit notes include hints of apricot, peach and red berries, with some touches of lemon, and orange blossom. The palate is said to be rich with exotic fruits, cherry, honey and vanilla. It is described as having a creamy texture, and long, silky finish. It is said to be paired well with freshwater fish, roasted quail and seared scallops or served as a delicious aperitif. It’s shimmery gold bottle is a perfect presentation for its delicious contents.