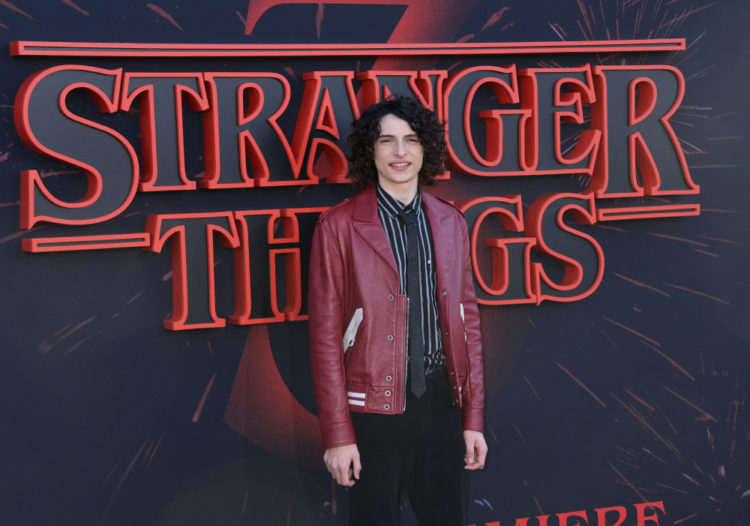 Wherever he goes, Finn Wolfhard is pointed out as the kid from “Stranger Things.” The television show catapulted the actor to fame, although he ventured into acting to transition to a film director. It has been a journey of ups and downs, to the point of almost quitting acting. Luckily, Wolfhard has held on and is now enjoying the fruits of his labor. Finn Wolfhard’s net worth is $4 million, and he hopes to be the next Steven Spielberg. Let’s tell you more about how he accumulated his wealth.

A Love for Directing Films Leads to His First Job

Wolfhard’s mother, Mary, is now a stay-at-home-mother, but she was an artist. His father, Eric, is an aspiring screenwriter and trained as a lawyer. Thanks to his parents, Wolfhard grew up to have a passion for the arts and a strong work ethic. According to an interview with Vulture, since Eric wanted so much to be a screenwriter, he would spend lots of hours in front of the TV screen watching films. He watched movies such as “Jurassic Park” and “Spiderman” with his father. The more he watched, the more the young boy wanted to be a filmmaker. At first, Wolfhard was unsure what he wanted to be; all the actor knew was that he wanted to be in show business. Therefore, when younger, Wolfhard took improv classes after his brother, a voice actor, introduced him to it. Thanks to the exposure, young Wolfhard finally knew that he wanted to be part of an improv team and film director. He hoped to attend the New York University Tisch School of The Arts and learn all he could about the profession but later changed his mind when he landed his first acting gig. He responded to a Craigslist advertisement for young girls and boys to play younger versions of an indie band. The Vancouver band hired him, and Wolfhard fell in love with being on set. He then decided to stick to acting as a way of learning the ropes of film directing. He enrolled in acting class that summer after filming wrapped up but did not like it. However, his acting and filmmaking passions remained.

Light at the End of the Tunnel

As he told The Guardian, Wolfhard wanted to be on the set 24/7 and even felt bad when he had to go back to school. When not filming, he would spend his spare time watching films, trying to grasp whatever filmmaking skills he could from the productions. He also starred in television shows such as “Supernatural” after making his TV debut in “The 100.” According to some sources, while Misha Collins was paid $20,000 for each episode of “Supernatural,” lead actor Jensen Ackles received $175,000 per episode. Therefore, as a guest star, Wolfhard might have earned considerably less than Misha Collins since Wolfhard was yet to be a renowned actor. Still, he forged on, trying to make his mark in the acting industry but nearly gave up after failing to bag a role he had auditioned for in a film. Wolfhard was so disappointed that he wanted to resign from acting and focus on directing instead. However, he gave it one last shot. He was sick and in bed but still managed to send an audition tape to Matt and Ross Duffer, “Stranger Things” creators. The show creators scheduled a Skype interview with Wolfhard, and by the end of that conversation, they had asked Wolfhard to go to Los Angeles. After one audition, Wolfhard was introduced to his co-stars then returned a month later to be awarded the part of Mike Wheeler. He never expected the sci-fi series to become a hit. The actor and his co-stars thought they were filming a secret project; little did they know it would blow up on Netflix. It premiered on Netflix on July 15, 2016, and season 3 was the No.1 among all US series releases. Within less than a week of its release, it had been viewed by over 40 million member counts worldwide. Currently, it sits third on the list of Netflix’s most popular TV shows based on the number of hours watched. Of course, the popularity came with hefty paychecks. According to Cable TV, Wolfhard and his co-stars were paid $30,000 per episode for the first two seasons. The cast then negotiated their salaries to $220,000 per episode for the third season. The fourth season is set for a mid-2022 release, and it might carry another salary bump for the cast. Therefore, from the salary of “Stranger Things” alone, Wolfhard has so far earned $2.27 million.

Wolfhard has a special love for music. According to Isuu, his parents played music of different bands such as Guns N’ Roses, the Clash, and Tears for Fears whenever they were driving around in the family car. Later on, his mother introduced him to The Beatles. He still cannot say which came first between his passion for music and filmmaking because he believes the two were ignited in his heart simultaneously. The actor started playing the guitar when he was nine but learned a few power chords. By the time Wolfhard turned 12, his love for the guitar was so deep that he wanted to play professionally. It is, therefore, not a wonder that his first acting job was with a Canadian band, PUP. He broadened his songwriting experience by continually writing lyrics for the bands he joined. He was in the Calpurnia rock band and wrote music but never drew from his personal experiences. As a member of The Aubreys, he now prefers writing from personal experiences and tapping into his emotions. He said that “Karaoke Alone,” The Aubreys’ debut studio album released on November 5, 2021, is his best work yet. Wolfhard’s net worth will increase as his musical career also takes off.