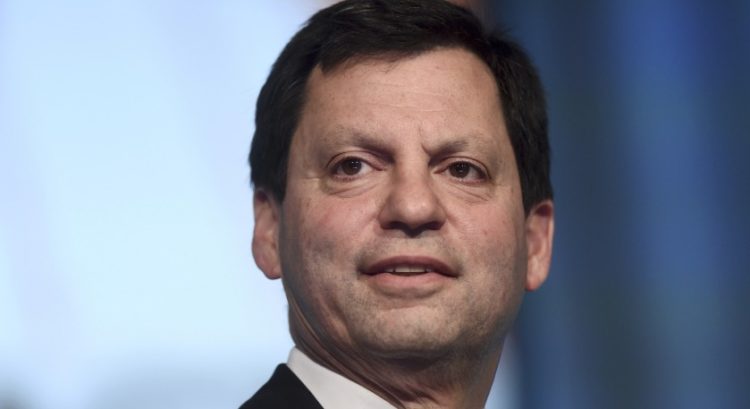 American businessman Frank J. Bisignano is the current CEO and Chairman of the First Data company. He brings an impressive history of experience to the position. We wanted to learn more about Mr. Bisignano and how he came to be the leader of a large financial company. We make some interesting discoveries about him we’d like to share, so here are 10 things you didn’t know about First Data CEO Frank Bisignano.

1. Hes a native of Brooklyn

Frank Bisignano was born in Brooklyn New York on the 9th of August in 1959. He’s a native New Yorker and was raised by is parents Anna Rutigliano Bisignano and Albert Bisignano, along with his sister Elvira. He grew up in the Brooklyn suburb of Mill Basin.

2. His grandparents immigrated to America

Mr. Bisignano’s grandparents were natives of Southern Italy. They immigrated to America and after their arrival to the States, Frank’s father was born in Brooklyn. His father worked in Port Newark as a US Customs Agent for a long career of 45 years.

After graduating from high school, Frank was determined to move forward with his education. He didn’t stay in New York, but moved several state away. He enrolled at Baker University in Kansas. He enrolled in a finance program at Newport University and earned his bachelors degree.

4. He has an honorary doctorate

As we were looking into this past accomplishments we noticed that Mr. Bisignano completed his bachelors degree but didn’t move forward with his MBA or similar advanced degrees. What we did observe, however, is the fact that he has received an honorary doctorate from Syracuse University which was bestowed upon hi in May of 2017, and an honorary doctorate from the New York Institute of Technology in May of 2014. This lets the world know that he has made significant contributions in his chosen vocation.

Mr. Bisignano is the recipient of the Chancellor’s Medal for Outstanding Achievement by Syracuse University in 2010. He was also given the Colonel Michael Endres Leadership Award for Individual Excellence in Veteran Employment in 2014, from the U.S. Chamber of Commerce.

6. He serves on multiple important boards as adviser

Mr. Bisignano is an expert in his field and his knowledge is highly valued. He serves in an advisory capacity on the Partnership for New York City and the National September 11 Memorial and Museum, as well as on the IVMF advisory board. He contributes his time to help improve the community that he lives in and he takes an active interest in contributing his time and his knowledge to assist.

Mr. Bisignano, in addition to being a high ranking executive is also a family man. He’s married to his wife Tracy. She is a grade school teacher in the New York area.

Of course, being from New York, Mr. Bisignano is a fan of football. He’s long been known for being a big time fan of the New York Jets. He’s followed them since he was a youth. If you keep your eyes peeled you might catch a glimpse of him at one of their home games.

9. He hit the ground running at First Data

It didn’t take Frank Bisignano long to turn things around once he took the helm as CEO of First Data. In fact, he was praised for making such a big difference in just a short amount of time by Fortune Magazine. They did a write up and gave him kudos for his contributions for helping to increase the revenue of the company.

10. He earned notoriety even before joining First Data

Frank J. Bisignano was a highly respected executive who had earned a solid reputation as an expert in the business. Back in 1994, he worked for Citigroup where he held several executive positions. His performance was so impressive in working with their massive global transaction services unit that after just 10 years in the business her received high praise. The Treasury and Risk publication named hi among the “100 most influential people in finance” in 2004. He is still held in high regard for helping to make the workplace environment better for his workers and he is also credited for creating support and networking groups for LGBT and female employees.