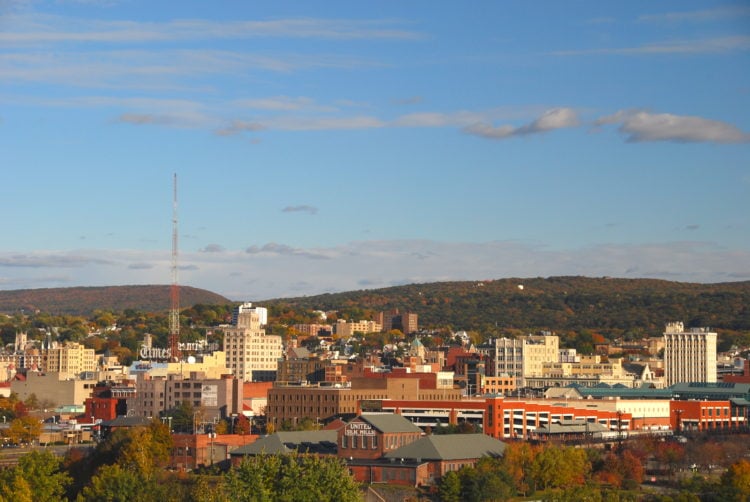 Craigslist is a popular site for the people of Scranton Pennsylvania to list items that they have for sale. The ads posted on the site get great circulation and exposure to tens of thousands of people who are looking through the classifieds for specific items. You’ll find everything there from cars and trucks to motorcycles, snowmobiles, antique furniture, appliance and even job opportunities, discounted event tickets, electronics and homes for rent or for sale. While the majority of transactions conducted through the site are mutually satisfactory, there has been an increase in the number of scams appearing on the site. Here are five money scams that you need to be on the lookout for on Craigslist Scranton.

This scam was found on Craigslist targeting renters in Scranton and the surrounding area. Con artists are stealing pictures of legitimate homes for sale in the area along with detailed information about the home and using the information to post their own fake rental ads. Beware of scams like this that ask you to complete a rental application and then approve you quickly. They tell you they’re out of the area and can’t deal with you face to face. After you’re approved for the rental, you are instructed to wire money for the deposit and rent to them and they promise to Fed-Ex the keys to the home. The scammers tell you to drive by the address of the home and disregard the real estate sign because they say it’s old and hasn’t been removed yet. After you wire the money all contact stops and you’re out the money that you sent them.

2. Realtors warn about yet more real estate scams in the area

The Luzerne County Association of Realtors warns that there is a scammer stealing their information and using it to make phony Craigslist ads offering their properties for rent. They became aware of this scam when an interested renter contacted them and told them about the ad before she wired the money to the scammers. This would be renter was fortunate to have called first because the con artists make the ad seem legitimate, but they are not authorized to rent out the property and people who send them money are simply out the cash because it’s very difficult to trace the money back to the crooks.

Watch out for this vile scam that robbed a man of $2,200. A man from Wilkes-Barre responded to a Craigslist ad for a 2000 red Dodge Dakota pickup truck. The seller said he was to be deployed to Afghanistan soon and had to sell fast. It seemed like a deal that was too good to be true and it really was. The seller claimed that going through eBay motors would make the transaction safe for both seller and buyer. While this is true if you’re using the legitimate site, he wasn’t. He sent an email with a link to a site that looked legitimate but it was a fake website that is commonly used by scammers to steal money from their victims. The man wired the money with the promise that the vehicle would be shipped soon, along with the keys. When nothing came, he contacted eBay motors who let him know that this was a total scam and had nothing to do with the authentic eBay site.

Police are looking for two men from Elmira, New York who were running a Craigslist apartment rental scam. The ads appeared from Elmira through Scranton and surrounding areas. The two would rent an apartment and then list it on the site. Victims who answered the ads would complete an application process. The scammers used this to gain access to their personal information for identity theft. The men would collect cash down payments for the apartments and then disappear with the cash. Police warn that they are driving two different pickup trucks with California license plates.

Beware of this recent scam that has appeared on Craigslist in the Scranton area. People who responded to work from home ads have become victims of the fake check scam. Scammers hire you to perform work at home duties. They send you a cashier’s check to cover the first week’s wages plus some for supplies, but the check is written for far more than the agreed upon amount. They instruct you to put it in your bank account and then send the excess funds via wire transfer to another party as a part of your job duties. A few days later, the check is returned to the bank as no good and you’re responsible for repaying the entire amount to the bank plus their fees on top of that.