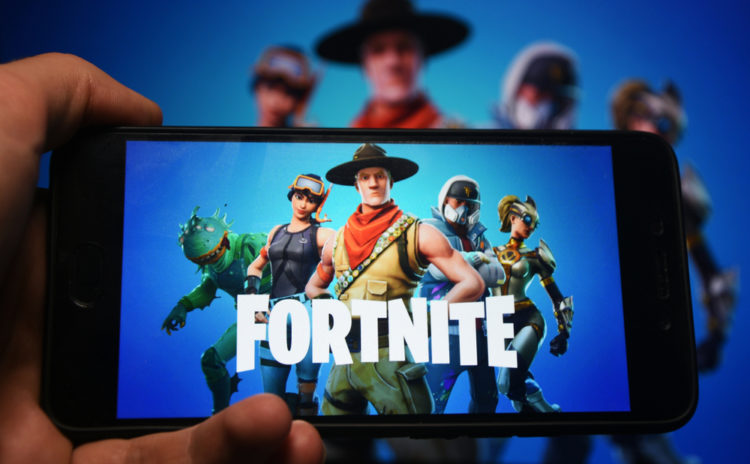 Fortnite is one of the most famous games that can be found on the planet. For proof, look no further than the fact that it managed to bring in $1.8 billion in revenue in 2019, which is a sum that surpasses the revenues of most companies. As such, the Fortnite logo has become very well-known in the gaming world as well.

How Did Fortnite Come Into Existence?

It can be said that Fortnite is one of the popularizers of the battle royale. However, it is very far from being the one that created it. For starters, the battle royale is named for a Japanese movie called Battle Royale, which in turn, was based on a Japanese novel with the same name. The first came out in 2000, while the second came out in 1999. As for why the battle royale is named for Battle Royale, well, suffice to say that the movie was about a dystopian Japan that forced groups of high school students to kill each other in a shrinking environment while scrambling for weapons as well as other items.

Battle Royale proved to be very popular. As a result, it should come as no surprise to learn that it spawned not just a wide range of derivative products but also a wide range of derivative works. However, the true beginnings of the battle royale doesn’t lie with the immediate games inspired by Battle Royale. Instead, its roots can be traced to player-created mods of shooters in the early 2000s, which proved to be very popular. Eventually, the creator of one of these mods got the chance to turn it into a full-fledged game called PlayerUnknown’s Battlegrounds, which can be considered the popularizer of the battle royale.

At this point, it is important to note that the Fortnite that most people recognize is called Fortnite Battle Royale. This is relevant because Fortnite Battle Royale was made possible by Fortnite: Save the World, which is a multiplayer game with a much greater emphasis on cooperation rather than competition. Essentially, what happened was that the people at Epic Games came up with the basic concept by smooshing together a shooter with a construction game, thus resulting in the project that would become Fortnite: Save the World. However, when they saw the success of PlayerUnknown’s Battlegrounds, they decided to make their own battle royale using the assets that had already been developed for the project. Initially, Epic Games was going to release this as a second mode in the paid-for early access for their project, but soon enough, they made the fateful choice to turn it into a free-to-play game funded using microtransactions.

There is no simple explanation for the success of Fortnite. If there was, someone would have been successful in launching a true competitor to it by now, seeing as how a wide range of parties have launched a wide range of games to get in on the battle royale trend. Some people have suggested that Fortnite has benefited from its mix of the shooter with the construction game, thus enabling it to stand out among battle royales by offering experiences that purer shooter-based battle royales cannot. Meanwhile, other people have pointed at the microtransaction system for Fortnite. Yes, there is content that must be unlocked using in-game currencies that can be acquired using real currencies. However, this content is cosmetic in nature, meaning that it doesn’t actually come at a cost to the player’s experience. Something that can’t be said for a lot of other free-to-play games out there. On top of this, there are those who have brought up Fortnite’s presentation, which is very accessible. After all, while darker content can draw in people who have a preference for that kind of thing, it also prevents a game from tapping into a very wide of consumers, thus limiting its potential player base. Whatever the case, Fortnite’s success has made the Fortnite logo very well-known to say the least.

What Should Interested Individuals Know about the Fortnite Logo?

There are some game logos that are very iconic in their own right. In contrast, others are much more focused on function, which isn’t necessarily a bad thing. One can make the argument that Fortnite has had one of each. The initial Fortnite logo was on the functional side of things. This is perhaps unsurprising because this was the one that saw use from 2011 to 2014, meaning that it can be considered a placeholder of sorts. In any case, this Fortnite logo consisted of the Fortnite name presented in big, blocky letters that look as though they have been hastily thrown up using makeshift techniques as well as scavenged materials. Something that went very well with the subtitle of “Create. Collaborate. Defend.” that summed up the game in a neat, concise manner. Otherwise, the first Fortnite logo had no embellishment save for a partial moon that served as the dot for the “I,” which was also useful for communicating something of the mood of the project at that point in time.

Said logo stopped seeing use in 2014. However, it is interesting to note that its big, blocky letters managed to make their way into their successor in a somewhat changed form. Interested individuals might have noticed the bold lines and the uneven cuts of the letters in the Fortnite logo, which can be considered a refinement upon their predecessors. As such, the result is very simple and straightforward while still managing to communicate a certain sense of quirkiness that suggests plenty of energy as well as plenty of possibilities in the times to come.

Having said that, the rest of the Fortnite logo is much changed. After all, where there was once a partial moon, there is now not just a selection of trees but also a selection of manmade structures upon a hill. Thanks to that, a lot more information is communicated by the present version of the Fortnite logo. For instance, one can make the argument that the hill is a subtle reminder of how there can only be one winner in a battle royale just as how there can be only one winner in king of the hill. Meanwhile, the trees might be interpreted as a reminder of the importance of collecting materials as well as moving towards cover, while the tower can be interpreted as a reminder of the importance of a strong defensive structure from which to engage foes. On the whole, the second Fortnite logo is a much richer one. Even better, it is a much more memorable one that still manages to communicate the essential details in an effective and efficient manner.