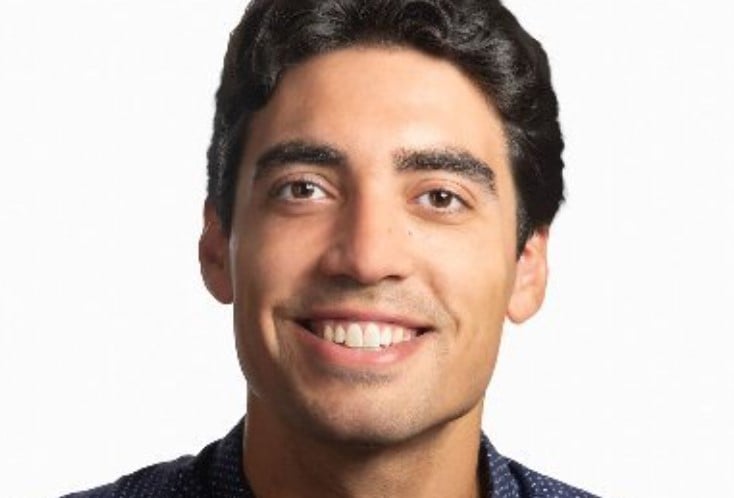 Frank Reig is the CEO of Revel. He is one of the two co-founders of the startup, with the other being Paul Suhey. Revel has undergone considerable expansion since its founding in 2018. Furthermore, $200 million in recent funding from Inspiration puts it in a good position to expand even further. Here’s everything you need to know about the successful CEO.

1. Has a B.S. from Rutgers University

2. Has an Associate’s Degree from the Culinary Institute of America

Speaking of which, Reig has an Associate’s Degree from the Culinary Institute of America. Said school is exactly what it sounds like, which is to say, a culinary school that specializes in teaching the culinary arts, the baking arts, and the pastry arts. The Culinary Institute of America is prestigious in its chosen fields. After all, it was the first institution to ever teach culinary arts in the United States, having been founded in 1946 for the purpose of teaching returning World War II veterans. Nowadays, it has not one, not two, but five campuses, most of which are situated in the United States but one of which is situated in Singapore.

3. Has a MPA from Columbia University

Besides these, Reig has a MPA from Columbia University’s School of International and Public Affairs. Such programs tend to cover a wide range of topics that impact a wide range of fields. However, it is interesting to note that it is common for them to belong to either a more practical stream or a more theoretical stream. The practical stream prepares students to work in governments, consulting firms, and other places with a need for public policy know-how. Meanwhile, the theoretical stream prepares students to pursue doctorates, which will enable them to become professors and researchers.

4. Did Use His Education in the Culinary Arts

Reig did spent some time making use of his education in the culinary arts. From 2009 to 2011, he was a chef de partie at an establishment in New York City. Said position is also called a line cook or a station chef, which makes sense because it is responsible for a particular part of production. In larger kitchens, it is possible for a chef de partie to have several subordinates; in most kitchens, they tend to operate on their own.

5. Has the LEED AP O+M Credential

Further proof of Reig’s interest in environmental issues can be seen in the fact that he has the LEED AP O+M credential. In short, LEED credentials are meant for green building professionals. There are three tiers, with the second tier being the LEED AP with specialty. O+M indicates Operations + Maintenance, which is pretty much what it sounds like.

6. Had Executive Experience Before Co-Founding Revel

Reig had executive experience before co-founding Revel. By 2018, he was a Vice President at the Gerson Lehrman Group, which is a New York City-based company that focuses on financial services as well as global information services. In said position, Reig had a number of responsibilities. For example, he oversaw business development for clients interested in energy, industrials, and real estate. Similarly, he was responsible for managing relationships with former C-level executives in those three sectors.

7. His Company Is No Longer Limited to Electric Moped Sharing

As mentioned earlier, Revel started out as an electric moped sharing company. Since that time, it has seen considerable expansion, both in the sense of increasing its market share and in the sense of expanding into other markets. Nowadays, Revel has four products. Electric moped sharing remains one of them. Meanwhile, the other three would be on-demand Teslas, monthly eBike subscriptions, and charging stations for electric vehicles.

8. Inspired By His Travels

Revel was inspired to start Revel because of his travels. In short, he saw that mopeds were a popular means of transportation in Asia, Europe, and Latin America but not in the United States. Revel didn’t see a reason why mopeds couldn’t become a popular means of transportation in his hometown of New York City and the rest of the United States, so he quit his job, raised $1.1 million from his acquaintances, and then launched a pilot program.

9. Interested in Building the Infrastructure Needed to Support Electric Vehicles

Vehicles can’t operate without the infrastructure needed to support them. For example, most cars are reliant on roads. Similarly, conventional cars need to refuel from time to time, meaning that they are reliant on a network of gas stations. One of the major factors hindering the widespread adoption of electric vehicles is the lack of a similar network of charging stations. Certainly, the latter exist, particularly in the biggest cities. However, they are often few in number or otherwise inconvenient. To name an example, Reig has mentioned Tesla superchargers that are locked behind parking paywalls. Unsurprisingly, Revel’s charge stations mean that he has an interest in building the infrastructure needed to support electric vehicles.

10. Now Financed By a Startup

Very recently, Reig’s company received $200 million in funding from Inspiration, which is a startup that came into existence earlier in 2021. Said company wants to make electric vehicles available to more people. Something that Inspiration plans to achieve by catering to three kinds of clients. The first would be companies such as Revel, which started out with electric fleets. Meanwhile, the second would be companies with conventional fleets that are thinking about transitioning to electric fleets while the third would be companies with corporate fleets with similar thoughts in mind. Inspiration is very new, so it will be interesting to see other companies it chooses to finance in the future.

20 Things You Didn’t Know about Swimply

10 Tax Deductions You Had No Idea Even Existed

The Five Best Triple Secs To Use In A Cosmopolitan

Why Toyota Brought The Venza Back

How Much Does a Harley Davidson Ultra Classic Cost?

What is a Rolex Daytona Panda and What Does it Cost?

Tiffany’s Most Expensive Piece of Jewelry Ever: The World’s Fair Necklace

The 10 Richest People in Malaysia

How David Portnoy Achieved a Net Worth of $120 Million

How Tommy Lee Jones Achieved a Net Worth of $90 Million