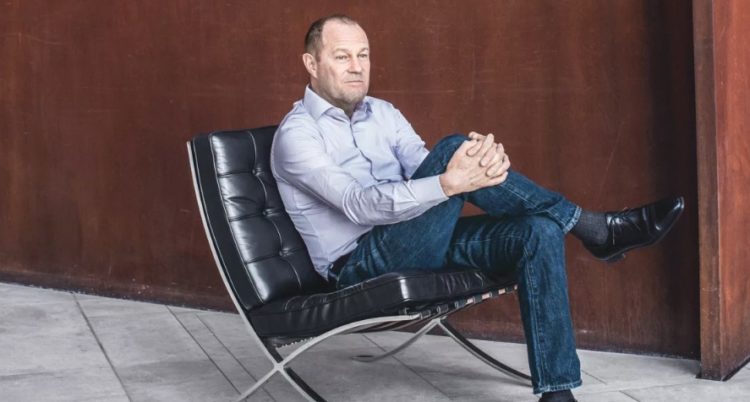 You may already know that Art Peck is the chief executive officer of Gap, Inc. That being said, you probably don’t know much additional information about him unless you just make a habit out of going and looking up information about chief executive officers of various companies. If you’re interested in knowing more, you can find out 10 things about him that are listed below and you might even be surprised at one or two.

1. He has always had his eyes set on success in business

2. He decided to lay the foundation for that success early on

He knew that if he really wanted to succeed in business he was going to have to prove himself by going to a good college and doing well there right out of the gate. He definitely handled that challenge without any problems, attending Occidental College and then going on to get his MBA from Harvard University.

3. He’s been with the company for more than 10 years

Although he’s only been the CEO for a couple of years, he’s been with the company since 2005. Clearly, he’s been capable of performing in a leadership role for quite some time there because as you will learn in a later paragraph, it was his own actions that earned him the position of CEO in first place.

4. He was originally hired by his predecessor as vice president of the company

When he first was hired on he came into the company as vice president, and oddly enough he was hired by the very person that he would end up replacing, although no one could have known that at the time. He did a lot of good work when he was vice president and that is precisely why he was promoted to CEO.

5. When the corporation began to suffer financially, he really took hold of the reins

During the time that he was working as vice president the company started to have some financial difficulties. He is the one that really took hold of things and started making some changes in order to ensure that the company would survive. He took on a position of leadership when it would have been just as easy to sit there and do nothing. This was something that certainly didn’t go unnoticed and it’s probably why he is the CEO today.

6. Many people credit him with saving the company from destruction

In fact, many individuals credit him with almost single-handedly saving the company. Most of these people feel that if it hadn’t been for his actions, the company would eventually have gone out of business.

7. As a result, he was given the position that many felt like he had been earning for years

The majority of people there felt like he had earned the position of CEO almost from day one and he certainly earned it when he was navigating the company through so many difficult waters with regard to their financial situation.

8. Despite his success in business, he maintains a healthy work-life balance

You might think that he works all the time, since that is a habit that a lot of CEOs have. However, he firmly believes that having a life away from work is one of the most effective means of being effective while at work. He’s always quick to point out that without a balance between work and other aspects of one’s life, it’s easy to become burned out, even to the point that you no longer notice what’s going on right under your nose.

9. He and his wife have four children

He is married and together, he and his wife have four children and he does everything he can to spend as much time as possible with each and every one of them. He is not just an effective CEO, he works hard to be a presence in the lives of his family.

10. He readily admits that his children are the most important things in his life

He will be the first to tell you that despite all of his success in the business world, his children are the most important things to him and that there is virtually nothing he wouldn’t do for them.