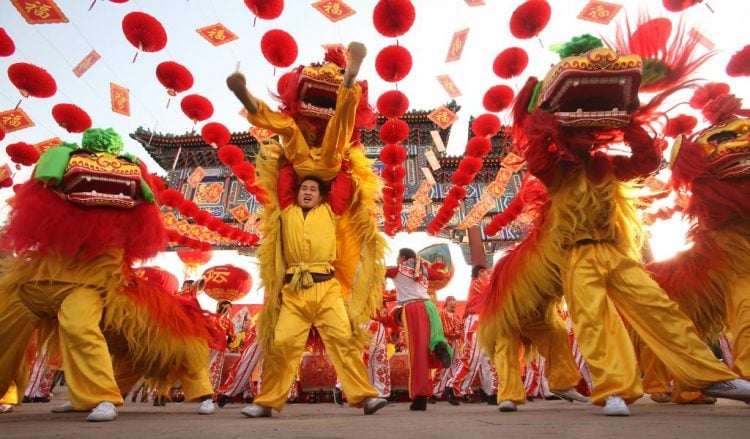 The Spring Festival is another name for the Chinese New Year, which is one of the biggest celebrations in not just China but also other countries with sizable Chinese populations. In short, the Chinese New Year is based on the traditional Chinese calendar, which is lunisolar rather than solar. As a result, it falls on the new moon that happens sometime between January 21 and February 20, though it is important to note that the celebrations last for 15 days.

Chinese New Year is old, so it should come as no surprise to learn that there are a number of traditions associated with it. For example, Chinese people like to put up red banners and set off firecrackers, which are supposed to ward off a man-eating monster called the Nian. Furthermore, Chinese New Year is the time when families reunite, which is why those 15 days are also some of the busiest days in the year for transportation companies.

Generally speaking, the Spring Festival is celebrated with family members, but it should come as no surprise to learn that it comes with a host of community events as well. As a result, interested individuals should consider heading on over to some of the best cities in China to see what is available to them.

Here are some examples of the best cities to visit during the Chinese New Year as well as what travelers can expect when it comes to their accommodations as well as their dining options:

Naturally, Beijing has a number of luxurious hotels. For example, there is the China World Summit Wing, which lives up to its name by providing spectacular views of the surroundings from the upper floors of the China World Tower. Furthermore, it comes with access to two bars, a lounge, four private dining options, a spa, a health center, and even a swimming pool on the roof. Unsurprisingly, its room start at an average of 1,700 RMB per night, which works out to around $255 per night.

Likewise, Beijing is home to an enormous number of restaurants serving up an enormous range of cuisines from all around China and the rest of the world. However, it is interesting to note that it has its own particular cuisine as well, which is supposed to have been influenced by the cuisine served to the imperial household in previous eras. For an example of what can be found in Beijing, consider the Black Sesame Kitchen, which is known for its communal dining experiences which offer ten courses and two wine pairings in exchange for 300 RMB per person, which is around $45 per person.

Guangzhou is interesting in that it is situated in the south of China, so much so that it benefits from a much warmer and much more welcoming climate than its counterparts to the north. As a result, it is famous for its gardens, with a particular focus being put on the flowers that can be found therein. In turn, this has led to the city’s numerous flower fairs, which happen to coincide with the Spring Festival to make an already colorful and joyous event that much more so.

While Guangzhou might not be as famous as Beijing, it is nonetheless a sizable city in its own right, meaning that it has the accommodations needed to support interested individuals. For example, the W Guangzhou offers rooms starting at 1,615 RMB a night, which is around $242 a night. While it has a wide range of amenities for the pleasure of its guests, its main appeal is its convenient location, which puts its guests in close proximity to a number of famous sites in the city.

Guangzhou’s cuisine might be more familiar to North Americans as Cantonese cuisine, which is known for its boldness as well as its use of a wide range of imported ingredients. To sample what the cutting edge of modern Chinese cuisine is like, interested individuals should check out the Jiang by Chef Fei, which is the on-site restaurant at the Mandarin Oriental, another one of the city’s 5-star hotels.

In contrast to Guangzhou, Harbin is situated in the north of China, which in turn, means that its climate is much colder. However, it has made good use of its cold temperatures by coming up with the Ice Lantern Festival, which sees both residents and out-of-towners competing to create the best ice sculptures of people, animals, buildings, and entire landscapes, which are lit up at night to create a spectacle for the senses like none other.

For those with a preference for more active events, they should consider heading to Yabuli, which is the single most popular destination for skiing that can be found in the whole of China. Unsurprisingly, the ski town is home to a wide range of accommodations, which start at 300 RMB but can rise as high as 2,000 RMB, which is around $300.

Due to its location, Harbin cuisine has been influenced by both Russian and Korean cuisine as well as other sources, thus providing it with a focus on deep frying as well as heavier sauces. However, there are other restaurants in the city serving up all sorts of interesting dishes as well, with an excellent example being Globetrotters Western Restaurant, which actually serves up Russian cuisine to interested individuals.