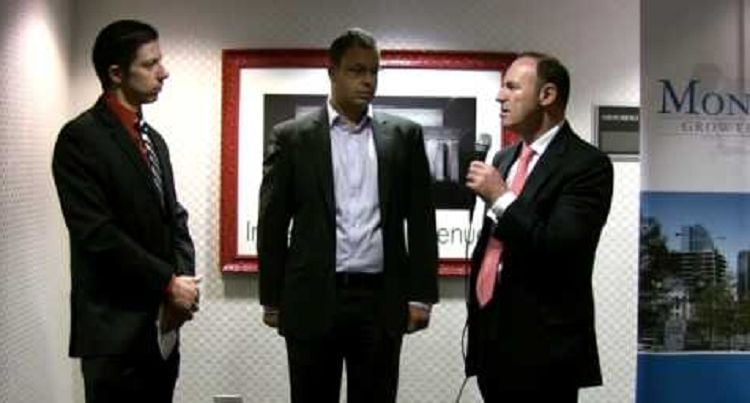 Harris Kupperman is the founder of a hedge fund called Praetorian Capital. Those who are curious about his opinions on investments as well as investment-related matters can find them at Adventures in Capitalism.

Education-wise, Kupperman studied at Tulane University. Said school started out as a public medical college. To an extent, this was motivated by concerns over smallpox as well as other infectious diseases, which were even more serious threats in the mid 1830s than in the present time. However, it wasn’t too long before it was established as a public university under the name University of Louisiana, which was eventually renamed Tulane University of Louisiana before being privatized.

Besides being the founder of Praetorian Capital, Kupperman is both the Chairman and the CEO of the Mongolia Growth Group. Perhaps unsurprisingly, said corporation operates in Mongolia.

4. The Business Is Based in Ulaanbaatar

Perhaps unsurprisingly, the Mongolia Growth Group operates in Ulaanbaatar. For those who are unfamiliar, Ulaanbaatar is the current capital of Mongolia, which started out as a mobile monastery before being established in its present location. It is the obvious choice for a corporation specializing in Mongolian commercial real estate properties because it is home to close to half of Mongolia’s population, thus making it not just that country’s political center but also its economic and cultural center as well. No doubt there are other businesses specializing in commercial real estate properties that can be found elsewhere in the country, but for a corporation that seems to be aimed at foreign parties as much as domestic parties, Ulaanbaatar has an excess of factors to recommend it over them.

Like a lot of businesses, the Mongolia Growth Group has community initiatives. For example, its website states that it has been building playgrounds, donating used equipment, and providing necessities to the underprivileged. Likewise, the corporation has apparently been involved in programs that are meant to encourage education as well as make it easier for those seeking to excel to find opportunities to enable them to do so. Suffice to say that this kind of thing is common practice, both because of genuine belief and because of the very practical benefits that can be had by building stronger ties with host communities.

6. His Hedge Fund Is Named for a Roman Institution

Praetor is a name that can refer to a number of things. Generally speaking, it refers to the Roman office of praetor, which was so high-ranking that the officeholders were entrusted with the rule of entire provinces upon serving out their term in the late Roman Republic. It is interesting to note that the tent of a Roman commander was called the praetorium, thus leading to the picked guards of a Roman commander being called the cohors praetoria. This was the basis of the Praetorian Guard that existed in imperial times, which was supposed to protect the Roman emperors but became best-known for their interference in Roman politics. In the end, the Praetorian Guard winded up on the other side from Constantine the Great, with the result that they were devastated at the Battle of the Milvian Bridge before their survivors were sent out to the various corners of the Roman Empire.

It is interesting to note that Praetorian Capital is a small cap hedge fund. In short, small cap means corporations with small market capitalization, which is a term for the market value of their outstanding shares. Generally speaking, small cap companies have more potential for growth, meaning that they can be appealing for investors who want to increase their rate of return. However, small cap companies are also riskier than their large cap counterparts. Unfortunately, small cap and large cap aren’t quite as informative as what interested individuals might expect, not least because there is no universally agreed upon definition for which companies are which.

8. Used to Be a Director of Aeroquest International

For a time, Kupperman was a director of Aeroquest International. Based on the name, it should come as no surprise to learn that said corporation provided something related to the air, which in its case, happened to be geophysical surveying platforms aimed at mineral exploration, oil and gas, and other related clients. Aeroquest International was bought out by Geotech in 2012.

Naturally, Kupperman analyzes investments before making investing decisions. Apparently, he uses about 80 percent fundamental analysis and about 20 percent technical analysis. In short, fundamental analysis is exactly what it sounds like in the sense that it is focused on estimating a stock’s intrinsic value based on the relevant economic factors as well as the relevant financial factors. Meanwhile, technical analysis is much more interested in statistical trends related to trading activity.