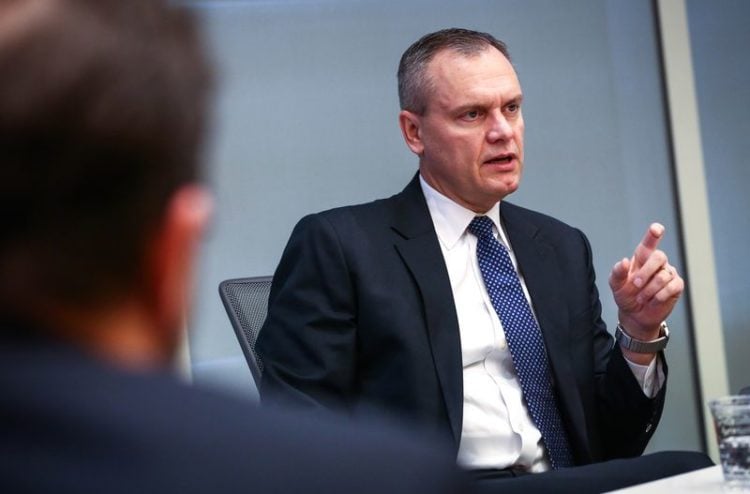 Darius Adamczyk is an American businessman who was born in Poland on February 8, 1966. He has enjoyed a long and successful career in business and currently holds the positions of Chairman and Chief Executive Officer of Honeywell, which is an American multinational conglomerate specializing in software and technology. He was appointed to these positions in March 2017. Although he is well-known in computer industry and business circles, there are many things that people do not know about this businessman. Here are ten interesting facts about Darius Adamczyk.

1. English is His Second Language

Despite living and working in an English-speaking country, English is not Adamczyk’s first language. As he was born in Poland, his primary language is Polish. He immigrated with his family to the United States at the age of 11. Until he moved he could not speak any English at all.

2. He Studied at Three Universities

Adamczyk is a hugely intelligent and talented man. He has studied at and gained qualifications from three educational establishments. He first studied electrical and computer engineering at Michigan State University and graduated with a bachelor’s degree. He then attended Syracuse University where he gained his master’s degree in computer engineering. He also received an MBA from Harvard University.

3. He Began His Career as an Engineer

Although he is now a successful businessman, he began his career as an electrical engineer when he graduated from university. His first job was at General Electric.

4. He Has Previously Been the President of Three Different Sectors at Honeywell

Adamczyk has been the Chairman and CEO of Honeywell since March 2017. While he is relatively new to these roles, this is not his first senior position in the company. He first joined Honeywell in 2008 when the company acquired Metrologic Inc, where Adamczyk previously worked. He was first made president of the Honeywell Scanning & Mobility sector of the company. He went on to become president of two other sectors before being appointed to his current positions; Honeywell Processing Solutions and Honeywell Performance Materials and Technologies.

Since Adamczyk was appointed to the roles of President and Chief Executive Officer of Honeywell, he has spun-off several sectors of the company. He has explained in interviews that he believes spin-offs help to create more focus.

6. He Enjoys Providing a Service

While Adamczyk has showed phenomenal talent in many of the business aspects of his roles at Honeywell, he has said that his favorite aspect of the job is the service element. He has also said he is proud of what his company does for their customers.

7. Efficiency is His Biggest Challenge

When asked about the most difficult aspects of his role, Darius Adamczyk has said that efficiency is the biggest challenge. As Honeywell is a global organization, it is difficult to keep every aspect of the company running efficiently.

8. He Keeps His Personal Life Private

Adamczyk’s career history and education are widely documented. He is also very open about his current working life in interviews. However, Adamczyk’s personal life remains something of a mystery. He never talks about his home life or relationships in interviews. Therefore, very little is known about his life outside his career.

10. He Has Worked with Donald Trump to Support Emerging Technologies

In June 2017, Darius Adamczyk was one of the technology industry leaders who met with President Donald Trump to discuss how they could support emerging technologies. Those invited to attend the conference were all leaders of major wireless companies, venture capital firms, aviation businesses, and drone manufacturers. The primary aim of the meeting was to discuss how to get more investment into these industries to support their emerging technologies. The secondary aim of the meeting was to find ways to modernize the United States government.