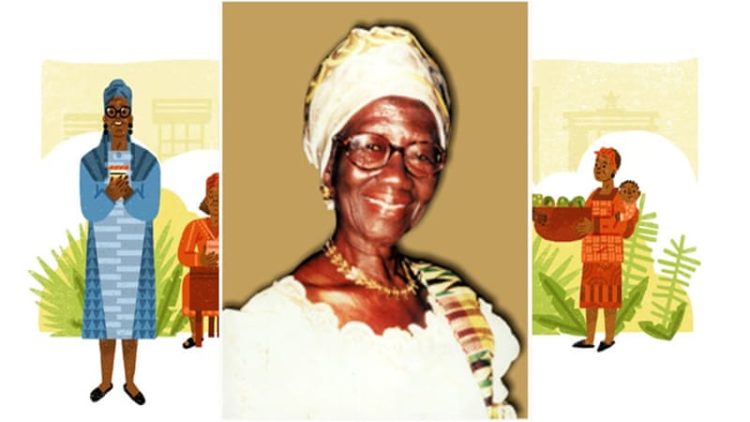 Esther Afua Ocloo was a remarkable woman who has made multiple significant contributions for the furtherment of women in business as well as for her home nation of Ghana. She has come to be known as the woman who pioneered microlending. She has a remarkable life story that simply must be told to all who’ve not yet been privileged to learn about her.

1. She was a teenage entrepreneur

Esther Afua Ocloo didn’t even have one dollar to her name when she opened her first company. She was a teenager and the time period was the 1930s. She began selling marmalade and while some may think this was a trivial act, it was just the start of what would become a brilliant and successful career.

2. She was a savvy entrepreneur

Esther had an entrepreneurial spirit ever since she was just a young girl. She would put her talents to work to become the co-founder of the Women’s World Banking company. This business would empower scores of women to stretch out and open their own businesses and change their life circumstances.

Her first business was started with the few Ghanian shillings that her aunt gave her to start up her business. With the scant amount of money, she purchased 12 jars, sugar, and oranges to make her marmalade jam. She sold them and made a profit. The fact that her classmates ridiculed her didn’t stop the determined teen. It wasn’t long until she had secured a contract with the local high school to supply them with orange juice and marmalade jam. This was step one. Later the military contracted with her to supply them as well.

4. A new business for Ocloo

She built a business and opened the doors in 1942 called Nkulenu. She needed to take out a bank loan, which was approved. Ocloo studied Food Science and Modern Processing Techniques courses in England at Bristol University. By 1953 she was back in Ghana where she grew a business of her own and she embraced her mission to make her home country self-sufficient. Her business was called Nkulenu Industries and to this day they still manufacture and export orange marmalade as well as other indigenous products to foreign markets.

5. She passed her knowledge on to others

Esther was a very successful female business owner but she was not content to keep it all to herself. She had made it her mission to encourage other women to do things that would improve their lives and she taught all who were interested in what she knew about starting and running a successful business that involved cooking.

6. She saw the need and responded

Esther realized that poor women in Ghana faced overwhelming odds against their success. Ocloo took it upon herself to set up a program to teach these women the skills that are necessary for success. She set up a bank that gave these women small loans to help them get their new endeavors started and this became known as microlending. This is how Esther Afua Ocloo became a pioneer in the microlending industry.

Esther co-founded World Women’s Banking and from the 1970s forward, she set out to help women get the small loans that were necessary to launch their small businesses. The bank was a not-for-profit organization. The organization was successful n helping thousands of Ghanan women to change their lives and it was because of the small loans that were made possible by the foresight and generosity of Ocloo.

Esther Afua Ocloo became the first woman to ever be the recipient of the Africa Prize for Leadership, which she was awarded in 1990. She had spent her life trying to help Ghana in other ways, such as promoting the sustainability of their agricultural industry. She did her part to fight the overwhelming issues of poverty and hunger in her home country. She also significantly altered the distribution of the wealth in the nation because of the microlending practice she established.

Esther Afua Ocloo is a member of the Ewe people. It is possible her ancestry is part of what led this remarkable woman to so thoroughly strike out on her own. The Ewe people are so serious about their independence it has led some to remark that they lack group identity, though this is not entirely true.

Nkulenu, the name she gave to her company is also her maiden name. As the daughter of a blacksmith and a potter-farmer, Esther Afua Ocloo certainly came from a strong family, both literally and figuratively. Her focus on agriculture later in life can easily be attributed to this sort of early life experience. The importance of growing and preserving food would have been something she absorbed from a very early age.

11. The Cost of Education

In order to obtain an education, she had to travel to her school each week. In order to avoid unnecessary expense, Esther would bring her own food from home and cook it as needed. This may have contributed to the rudeness of her peers, but doubtless only helped to strengthen her resolve. The experience appears to have contributed to more than her self sufficiency. The view of those around her that somehow her practices were ‘lesser,’ or worthy of teasing clearly shows that they did not value locally produced goods or self-sufficiency, which were two of the greatest focuses on Esther’s life and a huge part of her success.

Not only did she travel to gain her cooking diploma from England’s Good Housekeeping Institute, but she also followed through on the education beyond the basic diploma. Bristol University Department of Horticulture had a postgraduate course in Food Preservation at Long Ashton Research Station, which she also completed. This achievement is made more remarkable when put into context. At this time she was the first person of African descent to do either of these things.

It is obvious that Esther Afua Ocloo cared deeply about people, and making sure they ate well and safely. Her formative years would give rise to her achievements in those areas. As she grew from her first small business to a force to be reckoned with she spent time as the Executive Chairman of the National Food and Nutrition Board of Ghana. She also became President of the Federation of Ghana Industries helping to tie together her passions.

Esther was a family woman and known to many as “Auntie Ocloo”. She married Stephen Ocloo and together they had four children: Three sons, Vincent Malm, Christian Biassey and Steven Ocloo Jr. and a daughter Vincentia Canacco. It is not surprising given how connected she was to women’s issues, that Esther was herself a mother, though few working mothers achieve the level of success she did in her lifetime.

Ocloo formed a manufacturers association. In 1958 she also helped to organize the first Made-in-Ghana goods exhibition. The focus of these activities was to overcome prejudices held by people against locally produced goods. Obviously, the tactics worked.

Clearly, Ocloo was a visionary, and she founded many businesses in her life. Another great example of this is the tie and dye textile business she formed in the mid-60s. The height of the tie-dye movement might arguably have happened in the 70s, so this was merely another example of how she was ahead of her time.

Perhaps the least recognized aspect of Esther Afua Ocloo’s life and achievements is her deep and abiding sense of faith. She founded several religious groups in addition to her businesses. These included the Unity Group of Practical Christianity, which is associated with Unity Worldwide Ministries, and Evangelical Presbyterian Church in Madina. In the E.P. church, she helped to form a group for women (called simply Bible Class) that focused on home management and bible study. For 12 years she also served on the synod committee in the church.

Throughout her career, Ocloo was always one to work for women and help other women achieve their goals and dreams. In the 1970s she shifted her focus to the Women’s Liberation movement. By 1975 she was an advisor for the United Nations First World Conference on Women. A lifetime of female-focused business building made her uniquely suited to aid in championing the vital movement that continues to this day.

She passed away in 2002, from complications of pneumonia. She was given a state buried by John Agyekum Kufuor, former Ghanaian president and recognized for her good works and her mission to promote the further development of Ghana. She was a patriot and a humanitarian who made perhaps the most significant contributions of any single person in the country’s history.