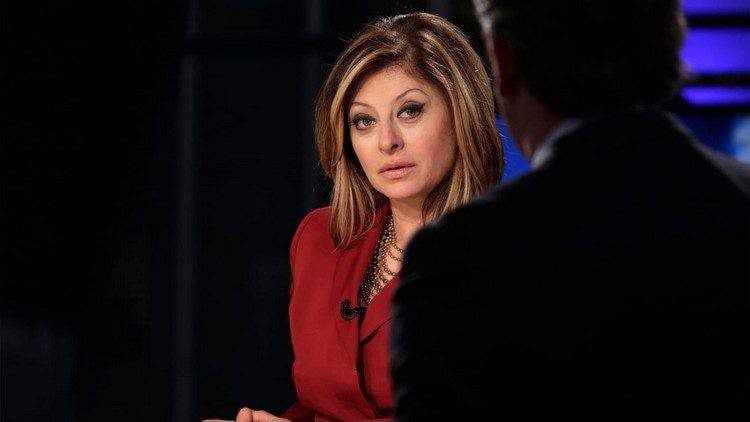 Being widely accepted as the best prime time news anchor is not a walk in the park. This explains why Maria Bartiromo has caused ripples in the headlines in the recent past. As a business news reporter, she has managed to pull a crowd that is barely noticeable in the television world. Not only is she rocking it as a reporter but she is doing it in an area that is feared by most news reporters. Business news reporting does not get easier at any level. However, the New York University graduate has found a way of making business news enticing even to the young generation. Maria Bartiromo is not just a regular business news reporter but a business expert with connections in the secret world of global trade. She seats with the best of the best business minds and shares the deepest knowledge of the business world. Her announcement that she will be leaving FOX Business back to CNBC has not gone unnoticed from all quarters. But how exactly did Maria Bartiromo become a force in the news?

The grooming of Maria as a business news reporter has played a key role in developing her into what she is today. Besides her natural talent and personality, Maria has brushed shoulders with the best business anchors in the industry. At the start of her career in 1988, the newly graduated Maria had the chance to work with CNN Business news under Lou Dobbs. In a twist of fortunes, Lou has been her colleague at FOX for the past 5 years. The then naive young girl has grown into a big force in the television news world, now sharing more than just a table with her then supervisor. The few years she spent at CNN helped Maria learn the ropes in the business reporting world. Sitting with the best news presenters at the largest news center in the world must have played a role in molding the young Maria into a business news reporter.

According to Maria Bartiromo, her biggest goal was to be in front of the camera even as she worked under production at CNN ‘s Business news desk. When the chance came calling, she grabbed it by the horns. Thanks to her experience at CNN, Maria was able to convince CNBC to give her the chance to host the Market Watch in 1993, replacing Roy Blumberg. In 2007, Maria was placed in charge of editing and hosting Closing Bell, a business reporting show- where she stayed up until 2013. For over 20 years, Maria established her roots at CNBC as the go-to lady when it comes to reporting business and analyzing market trends. However, even in her 20 years as the best business reporter at CNBC, she did not attract as much attention as today. It is unimaginable to think that a reporter who broke into the limelight over three decades ago still commands so much respect in the newsroom, despite several changes over the years.

Maria As A Risk Taker

One character that Maria Bartiromo has displayed over the years is her ability to take bold steps. She has achieved so many milestones in the business news world that you would hate to love her. According to a Forbes publication, she was the first news anchor to report live from the New York Stock Exchange. This was immediately after she took over the business show at CNBC in 1993. This bold move helped her stand out in the business world as a news reporter and made CNBC news business segment the most watched business report at that time. Soon after, several other anchors followed soot invading her private space at the NYSE.

The big call came in 2013 when a young outfit -FOX News- called upon Maria to take up business news reporting at FOX Business. This was big for several reasons: first, FOX News was a very young channel without viewership and with an uncertain future. According to Maria, even she did not know whether to take the job or not. However, the fact that the new job gave her freedom, to design and manage her own show enticed her into grabbing the show. After all, she had nothing to lose; her career at CNBC seemed to be at a standstill and there was no imminent progress in the same news house. She could not figure out her future clearly at CNBC and had to choose between improving her career or staying in her comfort zone.

What Does Maria Do Differently?

Although moving to FOX News was a big decision, it did not guarantee success for the business news reporter. She had a big fan base as a CNBC reporter but that did not guarantee the same on Fox. Maria understanding that she had to fight for her position, she took over Fox Morning Business show with vigor. If there is one thing that has really placed Maria on the map among the best business news reporters and analysts, is her interviews.

Maria Bartiromo has interviewed all types of leaders in the business, government and political worlds. It is not just the high profile interviews that set her aside but it is the way they are done. Thanks to FOX New’s close relationship with the government, she gained more chances to interview government officials and even the president himself. It was her interview with the man in the oval office that attracted the most attention in March 2019. According to Fox Business, Maria was accused by critics for orchestrating an interview that did not hit the core. She was seen as being soft and considerate to the president by not digging out for substantial answers. Although these are all negative remarks, they served to show how high the expectations are when Maria does an interview.

Although Maria Bartiromo officially started her career as a business news anchor at NCBC, the journey to her status today has been long. She has had to make some tough decisions and bold moves to achieve her status today. There is no doubt about the fact that she is a force in the business news reporting world. With the announcement that she will be making a return to CNBC, it seems as if she is the determining factor on which news house rules the business reporting category.