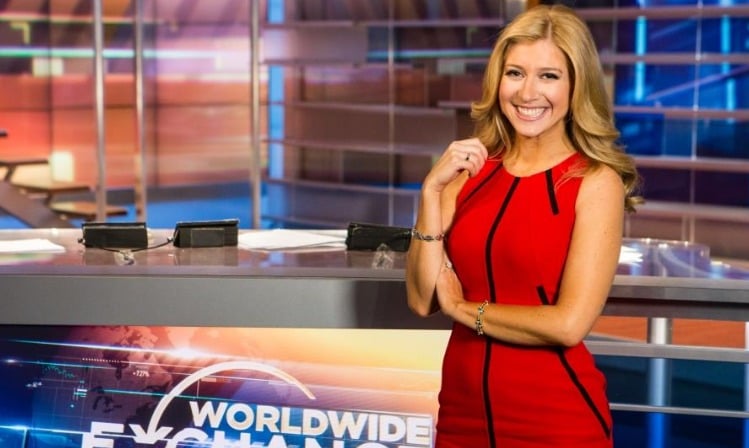 Almost every home owns a television, and usually, everyone wants to stay updated with the latest local and global news. We might watch the news for a few minutes before changing the channel to catch up with our favorite show but have you ever asked yourself how much wealth the news anchors have amassed in their journalism careers? Well, they are well-compensated as evidenced by these ten richest CNBC anchors. Brian is the first financial reporter who brought to light the risk of the housing bubble in 2006 to 2007, and for this, he won a Loeb award. Brian’s interests seem to be diversified since he studied law at Brooklyn Law school, then political science at Virginia Tech. He was at Fox Business Network for three years and later moved to Bloomberg for twelve years, working as a reporter, anchor, and producer. Brian joined CNBC in 2011, where he is a financial journalist and news anchor. With his various roles, Brian has managed to build a net worth of around $2 million. Kelly Evans graduated in 2007 after a four-year full-academic scholarship thanks to her passion and excellence in sports. Her career started with publishing articles on the Wall Street Journal as well as hosting the daily online program called “News Hub” on WSJ.com. Her net worth of around $2.5 million has been acquired from her job as a writer, host, being a guest on major news channels such as CBS and Fox News and her current anchor job at CNBC. Kelly joined CNBC in 2011 and was based in London but later moved to New Jersey in 2013. Anyone who can afford to buy a house for $3.2 million must be rich, and that is what we can say of Carl. Then again, with an annual salary of $500,000 expected to go up in the coming years, it is not a wonder. Carl has been with CNBC since 1999 and currently co-anchors “Squawk on the Street” a program that broadcasts live from NYSE media center, and is a correspondent for “Crime Inc.,” a CNBC series. Before joining CNBC, Carl worked at the Wall Street Journal as a staff reporter where he amassed most of his wealth. He also was a reporter and columnist for the Boulder from 1991-1993, before moving to National Public Radio to work as an editorial assistant. Carl now has a net worth of about $3 million affording him a luxurious lifestyle. After graduating from California State University in 1980 with a journalism degree, Sue began working at KNXT TV as a junior level intern. She then moved to FNN where she anchored for seven years impressing Jack Welch who asked her to join NBC as an anchor. She hosts the “Nightly Business Report” show and is a writer with her articles earning her the name “The First Lady of Wall Street.” With her excellent skills in writing articles, hosting shows, and anchoring news, Sue has accumulated a net worth of $4.5 million. With a speculated annual salary of $800,000 from CNBC, Tyler has an estimated net worth of $5 million. However, he has had to work for it since his days at Money magazine where he served as a top editor, senior and writer for 15 years. Tyler was the managing editor of CNBC Business News but now co-anchors “Power Lunch” and the “Nightly Business Report.” His journalism skills have been feted by the American Investment Company Institute which awarded him for personal finance journalism. Although Melissa majored in government at Harvard where she studied a Bachelor of Arts degree, her childhood was spent idolizing Kaity Tong, and it was therefore expected that she joined the journalism profession. Melissa hence worked as a reporter for the Great Neck Record and later on began her television career working for CNN Financial News and Bloomberg. Melissa joined CNBC in 2004 where she serves as a reporter and an anchor. She now has a net worth of $5 million, and her annual salary is estimated at $1 million. If you have watched “Billions” and loved it, then one of the people you should credit for your dose of entertainment is Andrew, who is among its executive producers. He attended Cornell University to study a Bachelor of Science degree and began his journalism career by writing for the New York Times, where he also was a student intern. Besides being CNBC’s co-anchor for “Squawk Box,” Andrew is an accomplished author whose book “Too Big to Fail” won several awards and became the basis for ” Billions.” His work has enabled him to amass a net worth of $10 million, so far. Bill Griffeth maybe a private person but his competence cannot remain hidden. In 1987, he covered the stock market crash so well that it earned him a nomination for the CableACE award. At the time Bill was working for Financial News Network (FNN) which he had joined in 1981. After ten years serving FNN as an anchor, Bill shifted to CNBC in 1991 but took a one-year leave of absence to enjoy his life as a married man. He later returned to CNBC on January 3, 2011, and so far has accumulated a net worth of around $10 million. It is puzzling how a man who studied molecular, cellular, and developmental biology ended up on television as an anchor. Joe did his undergraduate and masters studies at the Massachusetts Institute of Technology and joined CNBC in 1991. Before then, Joe was a stockbroker working for FNN for a decade. He earns $2 million as his annual salary, and his net worth stands at $14 million. Sara does not have any awards yet applauding her for her great work in the media, but she is still reputed among the best on the industry. She attended NYU where she graduated with a Bachelor of Arts degree in televising and business coverage. Sara then did her masters in broadcast journalism at the Northwestern. Her career kicked off with a job at Forex TV, before moving on to Bloomberg in 2011 until December 2016 when she joined CNBC. With her $50,000 monthly salary and hosting famous WWE events, Sara has accumulated a net worth of about $25 million.