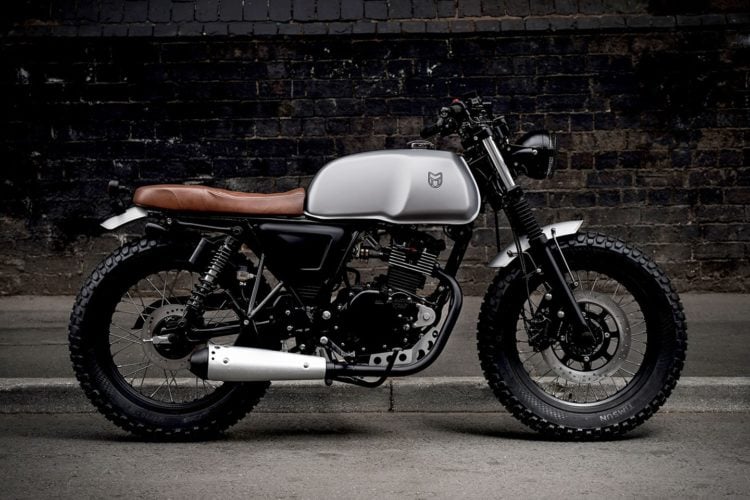 A lot of people that are relatively new to riding motorcycles have a tendency to think that the fuel they would use for their motorcycle is exactly the same thing that they would put in their car. Truth be told, this may be the case but it isn’t always the way things should be. In reality, it depends on the type of fuel that you routinely put in your car. Suffice it to say that motorcycle engines are more sensitive to certain fuel additives than many automobiles are. Therefore, using the wrong type of fuel can have more severe penalties. If you want to know how to keep your motorcycle running its best and you want to extend its longevity, it’s important that you keep reading so you can find out which type of fuel you should be using.

Ethanol or No Ethanol?

These days, a lot of gas stations are offering unleaded gasoline at a reduced price. The reason the price is reduced is because there is approximately 10% ethanol in that unleaded gasoline. Some people choose to use this in their cars and others won’t go within ten paces of it. In reality, it’s entirely possible that the use of this type of fuel could cause a whole host of problems, not the least of which involves an engine that runs rough, one that uses more gasoline than usual, additional buildup of sludge inside the engine and even a shortened engine lifespan. The results can be even more dire when you’re using this type of fuel in your motorcycle. In fact, most experts recommend that you completely steer clear of any unleaded gasoline that has any amount of ethanol in it whatsoever. You might think that you’re saving money because it costs less to purchase this fuel, but in the end you could be costing yourself a great deal more than you ever bargained for. This comes not only in the form of increased fuel consumption, but also in additional maintenance costs and perhaps even the need to have your motorcycle engine overhauled prematurely. It simply isn’t worth it. In the end, you should be using only 100% unleaded gasoline without ethanol or any other additives.

In addition to refraining from using fuel with ethanol in it, it’s imperative that you also follow your manufacturer’s recommendations to the letter. There isn’t one particular brand of fuel that you need to worry about, nor will every motorcycle require the exact same octane level. In fact, motorcycles are much like automobiles in this respect. Manufacturers may require one type of fuel for your motorcycle and something entirely different for the motorcycle that belongs to your best friend. The thing that is truly important to realize is that manufacturers are not just throwing some arbitrary octane number out there, nor are they telling you what type of fuel to use on some type of whim. These are the individuals who built your motorcycle’s engine. They know best what will work and what won’t. As such, you are prolonging the lifespan of your motorcycle’s engine by following those recommendations to the letter as opposed to choosing something else just because it can save you a couple of bucks at the pump. You can rest assured that there is no conspiracy here. By using the fuel that is recommended in your owner’s manual, you can keep your bike performing at its best and you can increase its lifespan by several miles.

Did you know that using gasoline that isn’t recommended for your motorcycle could potentially void your warranty? This isn’t always the case, but it certainly can be in some instances. Take Ducati motorcycles, for example. They are so convinced that the use of any additive in your fuel, including ethanol, will cause harm to your motorcycle’s engine that your warranty is automatically voided any time you use gasoline with ethanol or any other additive in it. The last thing you want to do is void your warranty. If you do so, you will be on the hook for every single repair that has to be made to your motorcycle, no matter how big or small. Even if it isn’t something that’s directly related to your use of an additive in the gasoline, you still won’t be able to use the warranty to help pay for repair costs. It just isn’t worth it, especially when you consider the purchase price of most motorcycles, coupled with the potential that you might have to pay for all of its repair bills during a time when the warranty would otherwise be in effect. You’re not doing yourself any favors, but only costing yourself more money instead.

At the end of the day, nobody can really tell you what type of fuel to use in your motorcycle. People can make recommendations all day long, but that doesn’t mean that you have to follow them. That said, it’s important to realize that if you don’t follow them there is often a significant price to pay, one that can hit your pocketbook especially hard. You’re definitely not doing yourself any favors by failing to utilize the fuel that your motorcycle’s manufacturer recommends. The same is true for the use of additives in your fuel. It simply isn’t worth it. This is especially true when you consider the fact that you might be able to purchase gas cheaper when it has ethanol in it, but you’re only saving a little bit of money at that particular moment. You might be costing yourself several times more in the long run. Clearly, that isn’t something that most motorcycle riders want to do. That is precisely why you should choose the type of fuel that you put in your motorcycle carefully.