Home
Motorcycles
Whatever Happened to the Ducati Hypermotard 821? 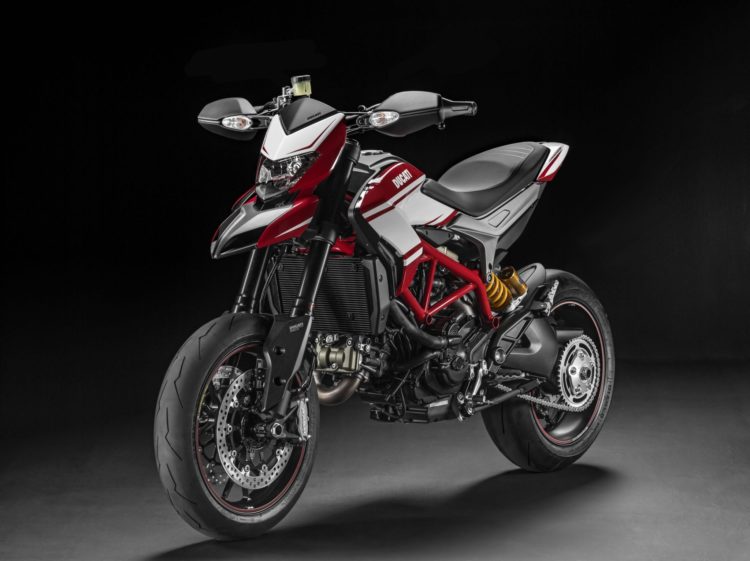 In November 2005, Ducati premiered the Ducati Hypermotard at the November 2005 EICMA trade show in Milan. With its combination of practicality and style, it immediately won over the crowds. Over the next few years, it racked up no end of awards, including “Best of Show” at EICMA. Capable of top speeds of 125mph and with the kind of aesthetic you’d expect of a legend like designer Pierre Terblanche, it quickly and effortlessly became one of Ducati’s top selling models.

Several variations on the base model followed over the years, all noteworthy in their own way, but none more so than the Ducati Hypermotard 821. Unveiled in November 2012 as part of the 2013 Ducati Hypermotard line up, the 821 featured a new 11-degree testastretta 821 cc engine that offered mercifully longer service intervals than its predecessors, a 16-litre (3.5 imp gal; 4.2 US gal) fuel tank, a liquid-cooled motor, and a very handy new display and ride-by-wire system that allowed riders to flip between different traction/ABS/throttle modes for street, track and rain.

As motorcyclistonline.com very eloquently puts it, the 2013 Ducati Hypermotard 821 captured the athletic character and hooligan attitude of a true supermotard without any of the conventional compromises. With a high suspension that offered plenty of ground clearance, a high, wide handlebar, and a slender waist, it rode like a dirt bike. its super charged V-twin engine, sticky sport bike rubber, and dual front brakes, meanwhile, delivered enough performance and power to see it through any condition and terrain.

Which isn’t to say it wasn’t entirely without its faults. As glbrain.com notes, the throttle could be just a fraction too aggressive in the sportiest of the three riding modes, and while the riding position was more forgiving than earlier models, it didn’t entirely erase the age-old quandary of how best to sit on a supermoto. But all in all, the Ducati Hypermotard 821 was fun, powerful, and a huge leap forward for the series. Which rather begs the question of why Ducati eventually decided to dump it from its line up in 2015….

As outlookindia.com notes, the Ducati Hypermotard 821 represented a quantum leap forward for Ducati in terms of technology. But it didn’t exactly let itself down on the style front either. To minimize one of the pet peeves of supermoto fans (i.e. how exactly do you sit on one), Ducati moved the front cylinder bank closer to the front wheel and repositioned the seat to the rear. It also raised the seat to 870mm, allowing for a far more comfortable and natural riding position than before. In a further shake up, the twin under seat exhausts were scrapped in favor of a conventionally mounted single side-slung exhaust that offered enhanced handling and a fraction less weight. Braking power was improved with the addition of cast aluminum monobloc Brembo calipers, while the introduction of 43mm Kayaba forks and Sachs rear shock offered a much smoother ride. Despite the slew of additions, the 821 was only 3k more than the original Hypermotard – it was still agile, still fun, and could still take the fastest corner like a pro. 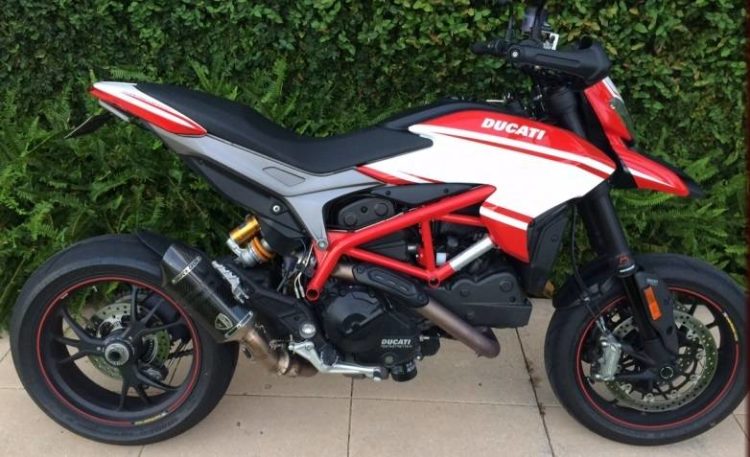 As motorcyclenews.com writes, the original Hypermotard was nice enough, but rather lacking in the toy department. The 821, on the other hand, had more toys than Santa. The ride-by-wire throttle system delivered three riding modes of varying degrees of sportiness, power, and throttle response, along with an eight-stage traction control system. The old flip-out bar-end mirrors were dumped to make way for more traditionally perched mirrors, while the tiny 12-litre fuel tank of the original was replaced with a far more prcatical 16-litre version.

If you were around in the 70s and 80s, you’ll remember the days when Ducati was known more for its shambolic electrics than the reliability of its ride. Thankfully, the dark days are over. Modern Ducati’s are just as reliable as they are stylish, and in this regard, the Hypermotard 821 was no exception. 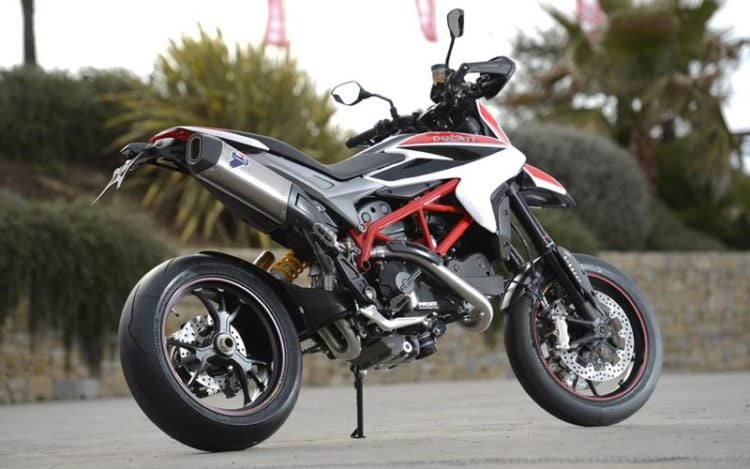 If you like your engines to run smooth and powerful, the 821cc, 8v, liquid-cooled motor of the 821 was built to please. Delivering speeds of around 80mph and 110bhpm, it offered plenty of bark with its bite (albeit slightly less grunt than the original’s air-cooled 1078cc motor). In a step up from the previous model, serving intervals were increased to a much more convenient 18,000 miles.

With a base price just short of $12,000, the Ducati Hypermotard 821 may have been a fun toy, but it was no cheap plaything. Even today, second hand models draw a steep asking price. But are they worth it? According to the fans, most definitely. By combining the best of the original Hypermotard with several very interesting innovations, the Hypermotard 821 was fun, fast, and furious. Obviously, you need to like the supermoto style to justify the price, but if you do, there’s enough second-hand models floating around for you to blow your budget on. 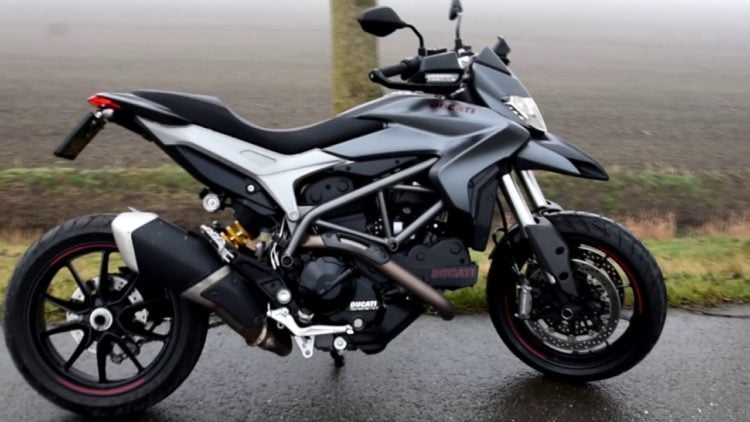 By 2015, Ducati had had enough of the Hypermotard 821, even if we hadn’t. The following year, it bumped it in favor of the Ducati Hypermotard 931. In fairness, the 931 wasn’t a bad replacement. As chancemoto.com notes, by bumping displacement of its liquid-cooled motor up to near-literbike spec, it managed to improve mid-range torque by a hefty 18% while still meeting the Euro 4 emission standards. The build quality was more than impressive, the engine was powerful enough, and the equipment (including plug and play alarm, heated grips and sat nav on the basic model, and on the SP, fully-adjustable Öhlins suspension, lightweight forged Marchesini wheels and carbon components) was bountiful. Although it never quite managed to achieve the same mainstream appeal as the 831, it still added another impressive bike to Ducati’s canon. But it was expensive. And it wasn’t always the most practical. Despite being the more lightweight option, the Hypermotard 831’s fun and practical personality, not to mention its very stylish physique, made it very much the superior of the two… which may just explain why five years after the last bike was made, it’s still as popular as ever.