Home
Business
Sports
How Much Does it Cost to Attend a Columbus Blue Jackets Game?
Prev Article Next Article 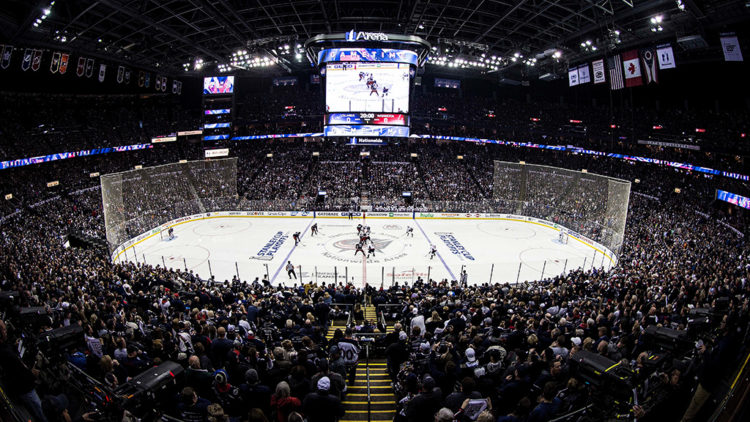 The Columbus Blue Jackets aren’t one of the most prestigious teams in the NHL. However, that doesn’t mean that their games aren’t worth watching. Fortunately for interested individuals, there is a fair amount of information that can be found about the Columbus Blue Jackets out there, which should make for an excellent start to their efforts to find information with which to plan their outings. In this as in other things, being informed can make for better choices that will lead to better results. Something that can be particularly important for people who want to buy some of the more expensive tickets at Nationwide Arena.

What Is the Average Cost of Columbus Blue Jackets Tickets?

For most people, the most important piece of information is the price that they can expect to pay for their tickets. After all, this is the one cost without which the other costs become irrelevant. Combined with the fact that this tends to be the single biggest cost as well, it stands to reason that the price of tickets merits the most consideration.

Based on the TicketIQ blog, the average cost of tickets on the secondary market for the Columbus Blue Jackets for the 2018 to 2019 season is $126. For full context, this is the same as the average price of tickets on the secondary market for the 2017 to 2018 season but higher than preceding seasons, which had prices such as $100.84, $91.36, and $111.54. As a result, it can be said that the Columbus Blue Jackets have seen an upward trend in its prices over time, though sports teams being sports teams, this is something that can change with surprising speed.

With that said, while average prices are useful for providing interested individuals with a very general sense of what they can expect to pay, they need to look into the specifics if they want something that they can actually use. This is because NHL tickets on the secondary market can see significant variation because the demand for them can be impacted by various factors. For example, some seats provide better experiences than others, meaning that they will have higher prices because they are more contested. Likewise, some games are more popular than others, whether because interested individuals believe that they will make for better match-ups or for some other reason altogether. Due to this, people who have reached the point of buying tickets should make sure to check out the websites where secondary markets can be found, which should provide them whatever they want to know with maximum convenience.

There is one last point that interested individuals need to keep in mind when buying tickets for the Columbus Blue Jackets. In short, various websites have a limited number of tickets. As a result, if they want to get the seat or seats that they actually want instead of being forced to settle for whatever comes closest to that, they should start buying sooner rather than later. To get a better idea of this issue, it isn’t unknown for websites such as StubHub to have less than 20 tickets remaining for games that won’t happen until weeks in the future, which isn’t exactly a great deal of choice for interested individuals to look through.

What Is the Average Cost of Columbus Blue Jackets Concessions?

Of course, Nationwide Arena has plenty of food and beverage options for people who want to eat and drink while the game is going on. A 2017 article by Stadium Journey claims that hot dogs cost around $5, burgers cost around $7, and sandwiches with either pork, steak, or chicken cost around $13. Meanwhile, soda drinks cost around $4.50, while beers cost between $9 and $13. With that said, the sheer number of options means that this is far from being perfect, which is why more research can prove helpful.

What Is the Average Cost of Columbus Blue Jackets Parking?

The same source claims that on-site parking is $15. However, there are other parking spaces in the vicinity, which come with a range of other prices. As a result, so long as people are willing to do some walking of their own, it isn’t impossible for them to find something cheaper with sufficient effort.