Home
Sports
How Much Does It Cost to Attend a San Francisco 49ers Game? 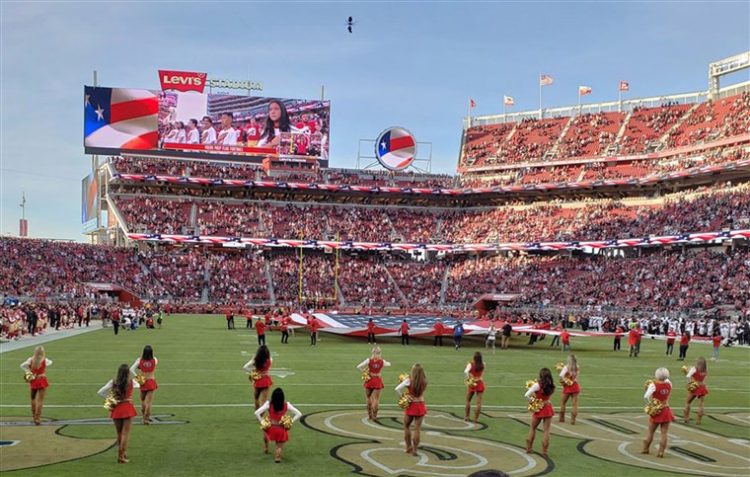 Football is one of the most popular American pastimes. As a result, it is natural for people living in San Francisco and the surrounding region to be interested in seeing the San Francisco 49ers play at Levi’s Stadium. However, if that is their intent, they should make sure to research the costs of such experiences to ensure that their event planning is as well-thought-out as possible.

What Is the Average Ticket Cost of a San Francisco 49ers Game?

There is a fair amount of information available to interested individuals about the average ticket price of a San Francisco 49ers game. However, it remains to be seen whether said information will be useful to them or not.

With that said, interested individuals might also want to take a look at the pricing map for Levi’s Stadium for San Francisco 49ers games. This won’t tell them precise information that they can use for their planning processes, but it should be useful for giving them a very general idea of what they might have to pay for the seats that they are interested in. For instance, the pricing map states that the average season ticket price per game for the outermost seats is $85. In contrast, the average season ticket price per game for the best seats is much higher at $375. Of course, while this pricing map should be useful for providing interested individuals with a very general idea of what to expect, it won’t be useful for specifics, not least because there can be so much variation in price from game to game as well as from seat to seat. 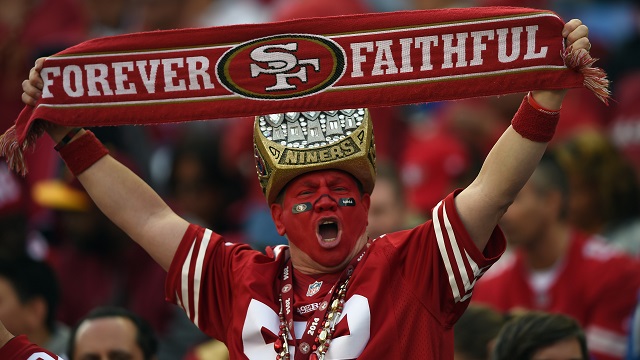 Instead, those who are really interested in knowing the exact prices rather than a general idea of the ticket prices that they will have to pay should take a look at the ticket websites themselves. NFL ticket prices tend to be very wide-ranging in nature, meaning that this should be the best option when they are actually prepared to make purchases instead of just looking up general details.

What Is the Average Concessions Cost of a San Francisco 49ers Game?

Of course, ticket cost is just one of the components that make up the total cost for seeing a NFL team play, with the San Francisco 49ers at Levi’s Stadium being no exception to this rule. When CNBC commented on the ticket prices for the NFL team, it posted some information about concession items from the 2017 season as well. For example, a beer came in at $10, whereas a soda came in at $4. Meanwhile, hot dogs were $4.50 each, while pretzels were $7.50 each. On the whole, these prices are not particularly good, though they are not particularly bad either. Naturally, Levi’s Stadium offers other concessions items to interested individuals, which have their own prices that they should look up if they are inclined to do so. 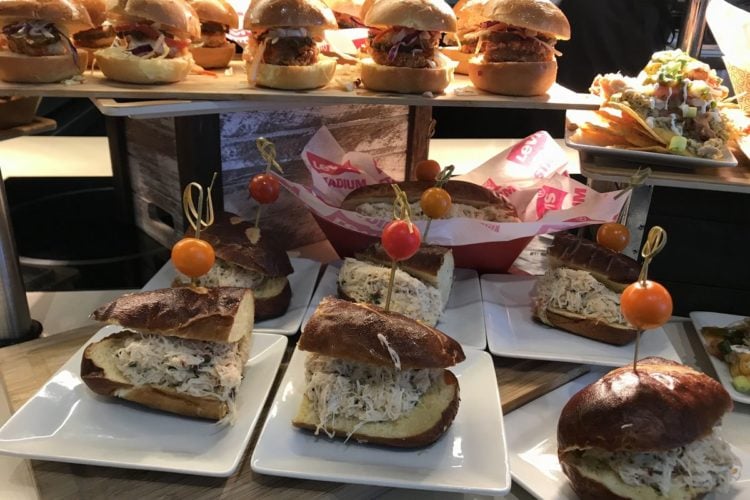 What Is the Average Parking Cost of a San Francisco 49ers Game?

Once again, CNBC posted a figure of $60 for parking for the 2017 season. Unfortunately, figuring out the exact cost of parking can be complicated, seeing as how they can vary from day to day as well as event to event. However, interested individuals should always buy their parking passes ahead of time as soon as possible. This is because such parking passes will always be cheaper than their counterparts purchased on the actual event day, which makes sense because the demand will be that much greater and that much fiercer when said time comes. Furthermore, people who are planning to come in an over-sized vehicle such as a RV should contact the San Francisco 49ers’ representatives sooner rather than later because they will face additional rules and requirements that they must abide by.