Home
Business
Sports
How Much Does It Cost to Attend a St. Louis Blues Game?
Prev Article Next Article 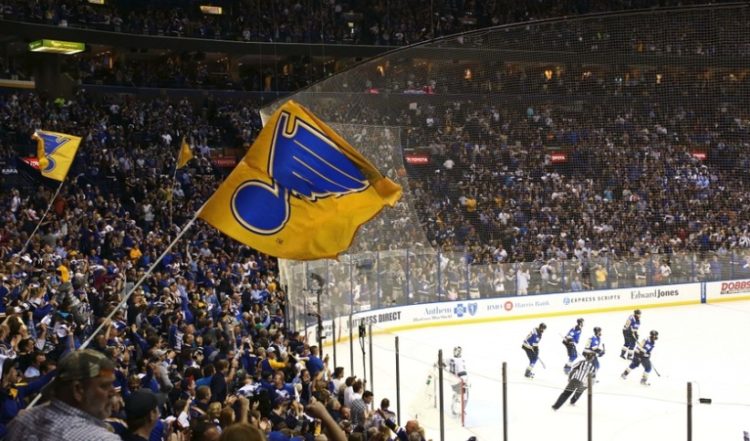 Those who are interested in seeing the St. Louis Blues play at the Enterprise Center should be happy to know that they aren’t one of the NHL’s more expensive teams to watch. However, that doesn’t mean that they shouldn’t look up the prices of tickets as well as other related expenses. After all, the more that interested individuals know about the St. Louis Blues’ prices, the easier it should be for them to plan their outings to perfection.

What Is the Average Cost of St. Louis Blues Tickets?

The simplest and most straightforward way for people to look up the prices of St. Louis Blues tickets on the secondary market would be heading on over to one of the numerous ticket buying websites that can be found out there. From that point forward, finding the relevant information should be as easy as clicking on the right seat for the right game. Something that should take no more than a matter of minutes at most.

With that said, there are some things that people need to keep in mind. First, there can be enormous variation in ticket prices for the same match-up, so much so that it isn’t uncommon for them to start at $12 on one extreme end but rise to the hundreds of dollars on the other extreme end. This is because some seats offer much better viewing experiences than others, meaning that there are more people pushing up their prices by competing for them. Second, the variation can be even more noticeable from game to game, which can be explained by a whole host of reasons that range from the convenience of the game day to the popularity of the other team that is playing against the St. Louis Blues. Simply put, people who want to see the St. Louis Blues should always look up the specific prices of the specific seats that they are interested in. Otherwise, they could end up getting caught offguard by what they will have to pay if they start operating on bad assumptions, which is never fun to say the least.

Having said this, some people might be curious about the average prices as a way of getting a very general idea of what they will have to pay. In short, Ticket IQ states that the average price paid for St. Louis Blues tickets on the secondary market in the 2018 to 2019 season is $119. Context-wise, this means that there are nine NHL teams with a lower average price, which include but are not limited to the Ottawa Senators, the New York Islanders, and the Dallas Stars. However, the $119 is even further from the other extreme, seeing as how the Toronto Maples Leafs are leading with $332. When compared from season to season, the St. Louis Blues hasn’t actually seen a lot of dramatic changes in recent years. In short, the average ticket price was $100 for the 2017 to 2018 season, which in turn, was preceded by $115.19, $118.12, and $132.61 before that.

What Is the Average Cost of St. Louis Blues Concessions?

People who are planning to buy food and beverages at the Enterprise Center should be expected to pay more than usual because stadium prices will be stadium prices. There isn’t a lot of information that can be found out there, but there are comments here and there that offer tidbits such as $12 for a fried chicken sandwich and $10 for a serving of nachos. On the plus side, the Enterprise Center comes with a fair amount of selection, though that probably won’t be much consolation for someone who cares more about price than variety.

What Is the Average Cost of St. Louis Blues Parking?

The Enterprise Center is one of those stadiums that are situated in much-traversed areas rather than somewhere more remote. As a result, it benefits from having a remarkable range of parking options in the vicinity. Due to this, people should be able to find some very cheap options so long as they are willing to spend some time walking to and from the stadium. In fact, Stadium Parking Guides literally claims that there is an option with a $3 rate, though the downside is that it comes with a 17 minute walk as well.