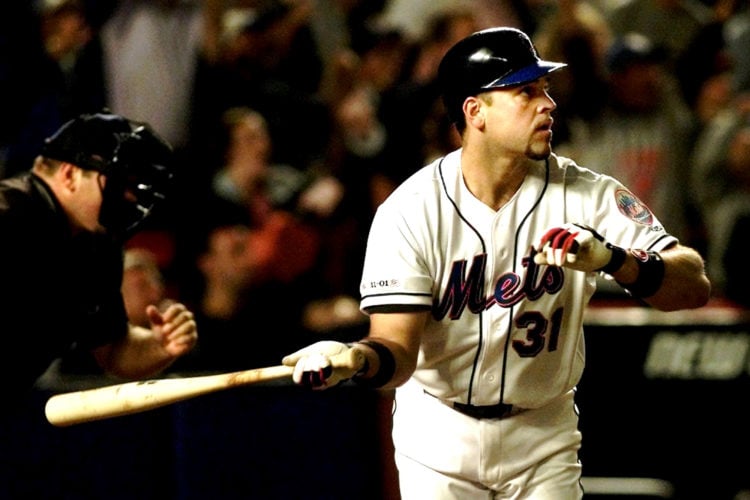 The New York Mets franchise was founded in 1962 as one of Major League Baseball’s first ever expansion teams to replace the Brooklyn Dodgers and New York Giants. Both moved out to California with the Dodgers going to Los Angeles, and the Giants going to San Francisco.  Fun fact: The reason why the Mets team colors are blue and orange is because the blue came from the Dodgers, and the orange came from the Giants. As of 2021, the Mets have won the National League East division 6 times, they’ve won 5 National League Pennants, and added 2 World Series championships to their name. The first one came in 1969 against the Baltimore Orioles, and the second came in 1986 against the Boston Red Sox. The history of the franchise is littered with legendary players such as David Wright, Dwight Gooden, Keith Hernandez, Darryl Strawberry, Tom Seaver, and Mike Piazza. Their impact to the game can be measured in numerous ways such as revenue, endorsements, memorabilia and plenty more. We’ve recently discovered that some Mets jerseys have been sold for significant amounts. Today we will take a look at the five most expensive Mets jerseys ever sold:

Darryl Strawberry was one of the most gifted baseball players to play the game in the last quarter century, but personal problems he faced throughout, and controversial off-field decisions he made throughout his career held him back from truly reaching his full potential. Strawberry was a fan favorite for the Mets throughout his time spent with the team. The home white pinstripe jerseys were the Mets home jersey for the 1990 season, 1990 was Strawberry’s last season as a Met. Strawberry had a fantastic campaign as he had a great batting average of .277. slugged 37 home runs, and drove in a fantastic 108 runs during his final season with the Mets. Strawberry was also apart of the Mets 1986 World Series Championship team as he was a major piece in the teams success that year as he played very well. To this day, Darryl Strawberry is still has the most home runs in Mets franchise history, as he hit 252 home runs with the Mets. His home jersey that he wore during the 1990 season was sold for $400 at the HSC Sports Collectibles Dallas Auction.

David Wright, the captain, was always a fan favorite of all Mets fans since he made his Major League debut with the Mets in 2004 against the Montreal Expos. On August 11th, 2008, David Wright wore a black home jersey in a game against the Pittsburgh Pirates were he clubbed his 120th career home run in the big leagues. At that time, Wright had just tied Edgardo Alfonso for 7th place on the Mets all time home run list, but now that Wright’s career is all set and done, he finished 2nd on the Mets all time home run list, clubbing 242 home runs throughout his career, just 10 behind Darryl Strawberry for the number one spot. 2008 was also the clubs final season playing at Shea Stadium, as Citi Field (the current stadium they play in to this day) was in the works of being built. The black home jersey Wright wore during this game at Shea Stadium, and is one of the most highly significant worn game jerseys from David Wright throughout his career. The jersey was sold for $1,528 at the Robert Edward Auctions, in the spring of 2011, as it was in the category of ” Game- Used Jerseys and Equipment”.

The 1967 home Tom Seaver jersey is arguably the finest of them all and the most important jersey that Seaver wore throughout his career, and the most significant New York Mets jersey collecting in the world. Tom Seaver is arguably the greatest player to ever put on a Mets uniform as his nickname was ” The Franchise ” due to how much of an impact he had on the team during his early years with the club. With his leadership on and off the field, and with his incredible performance on the mound, Seaver helped lead the Mets to the 1969 World Series championship. During his rookie campaign in 1967, Tom Seaver won the National League’s Rookie of the Year Award, and was named to the National League’s All-Star team, where he got the save in the 15th inning of the game. He had a great 2.86 ERA, he struck out a total of 170 batters for the whole season, pitched 18 complete games, and had a winning record of 16-13. On the flip side, this Tom Seaver rookie home jersey that was sold was signed by Seaver himself. It was sold for $47,000 in the spring of 2009 at the Robert Edward Auctions, and it was in the category of ” Game-Used Jerseys and Equipment”.

One of the most iconic moments in Major League Baseball history was when Mike Piazza hit the first home run at Shea Stadium in the first game back after the 9/11 attacks. The Mets were the first professional sports team to play a game in New York after the 9/11 attacks This was home run was known as ” The Healing Home Run” that brought the city of New York back together after the attacks, as it gave people hope that better things were to come. The New York Mets were playing the Atlanta Braves and the Braves were up 2-1 in the 8th inning. In the bottom of the 8th inning Mike Piazza comes up to bat with a runner on base, Piazza then swings at the pitch that is thrown at him and it’s a deep drive to left center field that clears the fence for a towering home run that puts the Mets up 3-2. The Mets went on to win the game 3-2 as Piazza was the hero of the game and hit the home run that helped heal New York. This jersey that was sold at the Goldin Auctions was sold for $365,000 and had Piazza’s signature on it. A trio of Mets fans including: Anthony Scaramucci, Tony Lauto, and an anonymous third party decided to purchase the jersey in a private deal.

1986 was one of the most memorable years in New York Mets franchise history as Boston Red Sox player Bill Buckner epic error with the ball going right through his legs cost the Red Sox the  game and helped the Mets win the World Series. Dwight “Doc” Gooden was a huge piece for the Mets in their 1986 World Series championship run, in just his third season with the club, as he had a very impressive ERA of 2.84, stuck out a total of 200 batters throughout the entire season, pitched a total of 250 innings throughout the course of the season, had a incredible winning record of 17-6, and was named to the National League’s All-Star team. Doc Gooden was a leader on and off the field for the Mets as he helped lead his team to success. This Doc Gooden jersey that was sold was the home pinstripe version that the Mets wore that season. It was sold for $2 Million in the spring of 2019 in the Spring Sports Memorabilia Catalog Auction.