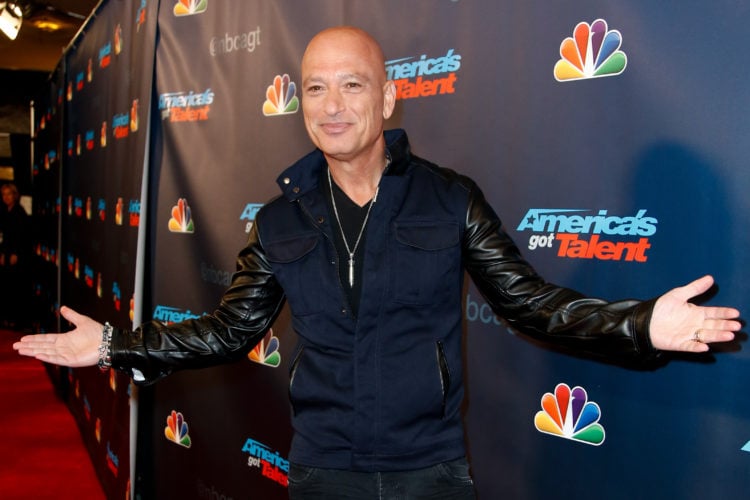 Howie Mandel is a comedian, game show judge, and host, and actor who has achieved a great deal of fame and financial success in his career. He has amassed a net worth of an incredible $40 million, but how did he do it? Was it through the entertainment industry as a comedian or did he have other income sources? We looked into his career history to get an idea about how Howie came to be so wealthy and here is what we discovered.

Howie Mandel was born in Toronto, Ontario, in the Willowdale area on November 29, 1955. He is currently 64 years old. He was raised in a Jewish household adn he went to Hebrew school as a youth. He attended high school at the William Lyon Mackenzie Collegiate Institute but did not complete his studies there because he was expelled from the school for impersonating the high school board in order to hire a construction firm to do work on the school.

He had a family along the way

He is currently married to Terry Soil Mandel and has been with his wife since March of 1980. The couple was blessed with a daughter in 1984, and their second girl in 1992. Their son Alex was born in 1989 and he is following in his famous father’s footsteps.

He started out with humble beginnings

Howie Mandel wasn’t born to a rich family and when he started out in his career it was as a carpet salesman. He didn’t consider becoming an entertainer until he was vacationing in Los Angeles and the opportunity to get involved in show business presented itself to him. Howie has always had a great sense of humor and he was taking a shot at The Comedy Store while on vacation. It was good fortune for Howie that a producer was watching the show and he liked what he saw in Mandel. The producer hired him on the spot to appear in the comedy game show “Make Me Laugh,” in 1979. This was the beginning of a brilliant career in the entertainment business that would take Mandel into a life of stand-up comedy, television shows, and even movie roles.

Howie Mandel’s real break as an actor happened when he was cast in the part of Dr. Wayne on the television drama “St. Elsewhere.” He appeared on the series with Denzel Washington in 1982. Howie co-starred on the show for six seasons until it ended in 1988.

After “St. Elsewhere” ended, Howie was involved in a series of voice acting jobs and he created a few of the popular characters in “Bobby’s World,” along with a few others. He went on to host an afternoon talk show in 1999 called “The Howie Mandel Show.” After this, he went on to become the host of “Deal or No Deal,” a popular television game show which aired from 2005 to 2009, then he returned to the show in 2018 and still serves as host. His salary was a whopping $750K per episode for hosting the game show. He ws paid $70,000 an episode for appearing as a judge on “America’s Got Talent,” and he became a staple on the show with 22 episodes airing in a single season. Although many of the other judges have come and gone throughout the years that the show has been on the air, Mandel has been the one that has been there the longest.

In addition to his multi-million dollar annual salary hosting game shows and talent contests, Howie Mandel has also made appearances in several television commercials. These include Buy.com, Xfinity, and Boston Pizza. Although the amount of compensation he received has not been disclosed, we’re fairly certain that it was a decent amount given his power as an influencer.

He has millions in real estate assets

Howie Mandel has also invested a small fortune in real estate. He purchased a set of condominiums in Santa Monica, California in 2016 adn it is reported that he paid $4 million for them. he also purchased a penthouse for an additional $5.3 million. These are residences that Mandel and his family own and occupy.

He is also an author

Mandel has also brought in a pretty penny as the author of a best-selling book. He wrote a memoir in 2010 that was titled “Here’s the Deal: Don’t Touch Me. In the book, he discusses his phobia of germs and the accompanying OCD disorder. The book was a major success and ended up being a national best-seller.

After reviewing Howie Mandel’s career history, it’s not hard to deduce that he has made his $40 million fortune from his activities in the entertainment business. Howie has a natural talent for making people laugh because he is genuinely funny, but he also has skills as a serious actor. He’s kept America entertained throughout the years and he has been well-compensated for his efforts. Howie has shown us all his human and compassionate side and there have been many occasions when he has spoken from his heart to contestants on “America’s Got Talent.” He has a soft-side and he’s a guy that fans have come to know and to love because of his openness and willingness to talk about some of the most vulnerable aspects of his life. He truly is a people person who is not afraid to show his vulnerabilities if he believes that it could possibly help someone else who is struggling with similar difficulties. Perhaps this is part of the reason why Mandel is so famous and so well-loved by his adoring fan base. He started his adult life as a carpet salesman, but this was not what fate had in store for him. The world was in need of someone that could make them laugh and feel good about themselves and that is precisely what Howie Mandel has done.