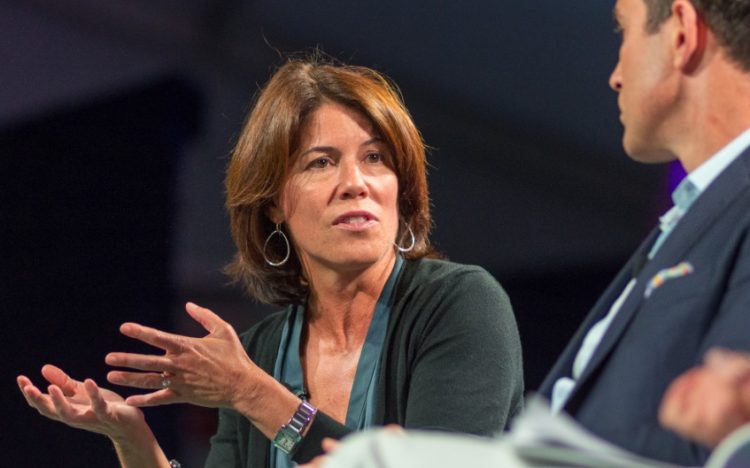 For those who are unfamiliar with her name, Helena Foulkes is the current CEO of the Hudson’s Bay Company, which started out as a fur trading business in 1670 but has since turned into an operator of retail stores in Canada as well as other countries. As such, Foulkes is responsible for running a retailer in a less than promising environment, which is an unenviable task. Here are 10 things that you may or may not have known about Helena Foulkes:

In school, Foulkes studied economics, which is a field with a lot of applicability for business-people. For example, microeconomics can provide interested individuals with a fair amount of insight into the mechanics of demand and supply for particular products and services. Likewise, macroeconomics is useful for understanding how broader economic movements can impact the businesses situated within the relevant economies.

2. Got Some Experience Before Going Back to School

Upon graduating, Foulkes spent some time working at both Goldman Sachs and Tiffany & Co before going back to her Alma mater to get a MBA. For those who are curious, her Alma mater is Harvard University.

By 1992, Foulkes was working at CVS Health Corporation, where she managed to rise high in its ranks. By the end, she was the executive vice president and the chief marketing officer, meaning that she played an important role in shaping and implementing its policies.

For example, Foulkes was the one who launched the ExtraCare card, which is CVS Health Corporation’s membership program that offers savings for those who shop at its stores. As such, the program that Foulkes pioneered continues to play an important part in the corporation’s customer loyalty measures.

Speaking of which, Foulkes was the one who launched the Pharmacy Advisor program as well. Like its name suggests, said program is meant to help people with chronic conditions secure better health outcomes by offering one-on-one counseling both in the stores and over the phone.

6. Got CVS Health Corporation to Stop Selling Cigarettes and Other Tobacco Products

Besides these, it is interesting to note that Foulkes was one of the leading voices that convinced CVS Health Corporation to stop selling cigarettes and other tobacco products. On top of the ethical element, there was a practical element to the choice as well, seeing as how the sale of cigarettes and other tobacco products was undermining the corporation’s effort to brand itself as a healthcare business.

7. Came to Hudson’s Bay Company At a Bad Time

There are some corporations that get new CEOs at stable times in their operations, thus enabling said individuals to get accustomed to their new duties and responsibilities as smoothly as possible. Foulkes wasn’t one of those CEOs, seeing as how she was chosen to help the Hudson’s Bay Company to revive its sales. On top of that, the corporation’s operations were riddled through and through with problems, so much so that Foulkes has described her shock at seeing some of them.

8. Digital Operations Were a Particular Problem

In particular, Foulkes has commented on the terrible state of the Hudson’s Bay Company’s digital operations, which makes sense when its website actually crashed for a couple of hours on Black Friday in 2017. Apparently, the digital team for the corporation was so spread out that it needed senior management to speak with multiple people situated in various parts of the corporation to get them to make a single change to the digital operations. Something that wasn’t helped by a lack of accountability on their part.

Unsurprisingly, this meant that Foulkes had to make a lot of changes, which in turn, means a lot of potential for failure. As a result, she decided to adopt a fail fast, fail cheap approach, which essentially meant that she put a lot of effort into small-scale testing initiatives so that if they failed, their failure wouldn’t have huge catastrophic consequences for the corporation as a whole.

In the past, Foulkes has commented on the importance of focus. As far as she is concerned, it is important for businesses to know what segments serve as their core customer base, lest they wind up running off in pursuit of some other segment altogether at a cost to their existing customers.