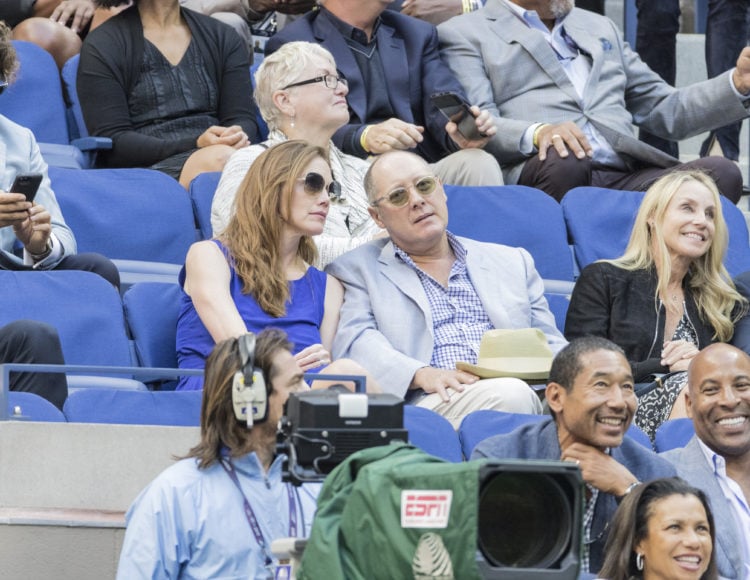 James Spader is an American actor. In recent times, he should be best-known to interested individuals as Raymond “Red” Reddington on The Blacklist. However, that isn’t his sole role of note, meaning that other interested individuals might remember him because of other characters instead. Regardless, some people might be curious about the actor’s current net worth, which has been estimated to be about $20 million by Celebrity Net Worth.

How Did James Spader Reach His Current Net Worth?

For those who are curious, Spader was born in Boston, MA to a pair of teachers named Jean and Stoddard Greenwood Spader. He studied at a number of private schools, which included both of the institutions where his parents taught. However, Spader didn’t graduate from high school but instead dropped out at the age of 17 so that he could pursue a career as an actor in New York City, NY. Unsurprisingly, he didn’t exactly become an instant success, meaning that he had to work a wide range of jobs to support himself in the meantime. Examples included but were not limited to bartender, truck driver, and stable boy.

It took some time, but Spader managed to land a role in Endless Love in 1981. In short, said movie was a romantic drama based on the book of the same name, though it met with a less positive reception because it couldn’t live up to the expectations set by its source material. Still, a semi-important role was a semi-important role, as shown by how Spader started receiving more and more roles once he managed to get his metaphorical foot in the door. He made regular appearances in movies throughout the 1980s, which were paired with regular appearances in TV shows and TV movies throughout the same period of time.

Eventually, Spader had his breakthrough role with Sex, Lies, and Videotape towards the end of the 1980s. For those who are curious, he played the lead role of Graham Dalton, a troubled individual who makes videotapes in which women talk about their sexual experiences as well as other aspects of their lives. Much of the movie is focused on Graham’s impact on a troubled couple named Ann Bishop Mullany and John Mullany as well as Ann’s sister Cynthia Patrice Bishop, with whom John is having an affair at the start of the story. On the whole, Sex, Lies, and Videotape managed to make $36.7 million at the box office, which was quite good considering that it cost just $1.2 million to make. Moreover, Spader managed to make a particularly good impression on interested individuals, as shown by how he managed to walk away with the Best Actor Award at the 1989 Cannes Film Festival.

Afterwards, Spader continued to show up in a wide range of projects in the 1990s as well as the 2000s. For example, he is remembered in certain sci-fi circles because he was the one who played the Egyptologist Daniel Jackson in the Stargate movie, which proved to be successful enough to inspire a full-blown sci-fi franchise with multiple TV shows. Likewise, he starred in 2002’s Secretary alongside Maggie Gyllenhaal, the two of whom played a dominant lawyer and a submissive secretary respectively in a rather intense relationship with a lot of BDSM elements. Besides these, it is interesting to note that Spader played a prominent character by the name of Alan Shore in The Practice and then Boston Legal for multiple seasons on the TV screen. Amusingly, there was apparently considerable opposition from upstairs to casting him because there was a notion that people would watch Spader in the movie theatres but not in their own homes, though the producer David E. Kelley pushed for him anyways because the role was specifically written for him.

Since that time, Spader has been in a number of other notable projects. One excellent example would be a Broadway play called Race, which saw Spader playing a criminal attorney named Jack Lawson from December of 2009 to June of 2010. In total, Race was performed 297 times, with the final show being on August 21 of 2010. Another excellent example would be his role as Robert California on the American version of The Office, who was supposed to be just a guest character for the Season 7 finale but was well-received enough for him to show up throughout Season 8 as well.

Of course, any description of Spader’s career would be incomplete without mentioning The Blacklist, which started up in 2013 and was renewed in February of 2020 for an eighth season. After all, the show is dominated to a considerable extent by Spader’s character. Something that can be seen by his prominence in the initial marketing as well as how his surrender to the FBI is what kicks off the story of the show. The numbers for The Blacklist have dropped over time, as shown by how the first season had an average viewership of 14.95 million and the seventh season had an average viewership of 7.17 million. However, that figure is nothing to sneeze at, which says much about Spader’s watchability. In any case, it is also worth mentioning that he was the one who provided the voice for Ultron in the second Avengers movie, though the MCU being the MCU, his character was killed off at its conclusion.

Summed up, it seems safe to say that Spader has managed to build up his current net worth through his numerous roles over the course of more than four decades. After all, some of them have been pretty successful, which presumably means that he has been pretty well-compensated for them. However, Spader has also benefited from the usual opportunities available to those who manage to become successful on either the movie screen or the TV screen. For proof, look no further than the fact that he has shown up in multiple commercials for Acura.

Currently, Spader’s net worth is estimated to be $20 million. However, it seems reasonable to speculate that said figure could rise in the times to come. For one, The Blacklist is still running, which means that Spader is still earning. Furthermore, it isn’t uncommon for a male actor’s career to continue into old age, so it will be interesting to see what other roles he might take on in the times that are still to come.