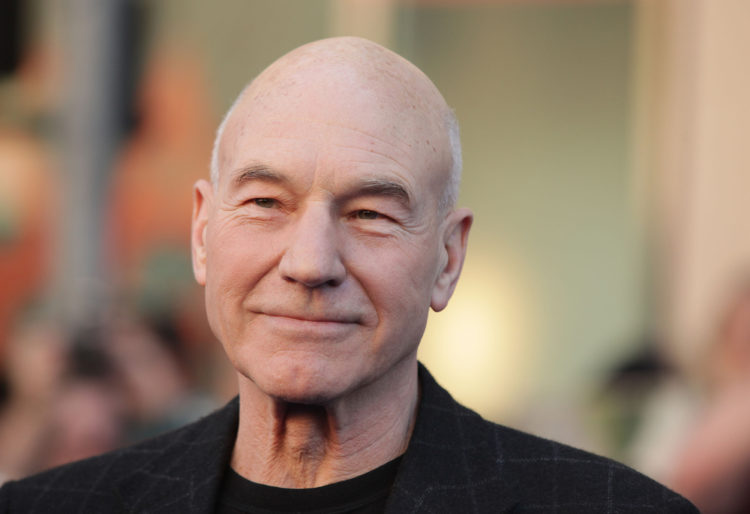 Patrick Stewart is one of the most successful English actors in recent decades. As a result, it should come as no surprise to learn that his successes as an actor have brought him a fair amount of wealth as well. The exact number isn’t public information. However, there are plenty of interested parties that have offered up their speculation on the matter, with an excellent example being Celebrity Net Worth’s estimate of $70 million.

How Did Patrick Stewart Reach His Current Net Worth?

Stewart came from humble beginnings. His mother was a weaver as well as a textile worker. Meanwhile, his father was a regimental sergeant major in the British Army whose experience in the Dunkirk evacuation left him with a case of PTSD. Stewart’s household was not a rich one. Furthermore, it was plagued by domestic violence, which is something that has had a lasting influence on his politics as well as his other beliefs.

Regardless, Stewart became interested in acting because of an English teacher named Cecil Dormand. In time, this caused him to leave school at the age of 15 so that he could spend more of his time participating in local theatre. For a time, he fed himself by working as a newsreporter, but he was eventually presented with an ultimatum by his boss to choose between his acting and his journalism, which might have been caused by the former cutting into the latter. Obviously, Stewart chose his acting, with the result that he eventually received a grant to go to the Bristol Old Vic Theatre School.

From the mid 1960s to the late 1980s, Stewart was an actor who showed up in a very wide range of roles in a very wide range of projects. For example, his Broadway debut came when he played Tom Snout in a well-known production of A Midsummer Night’s Dream. Likewise, he had roles in a number of well-known TV shows such as I, Claudius, Fall of Eagles, and Tinker Tailor Soldier Spy. Even though Stewart had some prominent parts in this period, he failed to find popular success. That would happen in 1987.

In that time, Stewart was fondest of classical theatre. However, he nonetheless agreed to get involved in a Star Trek revival even though he knew nothing about its impact on American culture. Amusingly, Stewart as well as everyone around Stewart assumed that Star Trek: The Next Generation would fail within a short period of time, which is why he agreed to sign a six-year contract in spite of some initial reluctance. Amusingly, he thought that he would be able to go back to the theatre stage soon enough once he had made some money in Hollywood, which turned out to be very wrong to say the least.

Initially, Stewart struggled with the production for Star Trek: The Next Generation. For example, he was less than enthused about technobabble. Likewise, he had some issues fitting in with his castmates, who were much more casual than what he was used to as a stage actor. Still, Stewart managed to overcome those issues, with the result that he became wealthy thanks to the show’s success. As such, it is no wonder that he has pointed to Star Trek: The Next Generation as the highlight of his career, though he has also voiced other opinions on the same topic at other times.

After Star Trek: The Next Generation, Stewart had some issues finding other roles. In part, this was because he had been typecast as Jean-Luc Pichard. However, it should also be mentioned that he had been away from the stage for a very long time, which made it rather difficult for him to get back to it. Still, Stewart winded up signing on with the X-Men movies in the late 1990s, not least because his new role as Charles Xavier was more than a bit reminiscent of his previous role as Jean-Luc Pichard. That took him into the late 2010s, which was when he played the character for the final time in the much-acclaimed Logan.

Naturally, Stewart showed up in other projects throughout that entire time as well. One excellent example would be how he played King Henry II of England in a TV version of The Lion in Winter, which was a remake of both a 1966 stage play and a 1968 screen version of that same stage play. Another excellent example would be his one-man shows, which he put on in both universities and acting schools in California because his filming schedule meant that he couldn’t participate in a lot of productions elsewhere. Still, Stewart did eventually manage to make his way back to the theatre stage. Moreover, his later efforts in that regard saw him finding critical praise, as shown by his award-winning role in Waiting for Godot alongside Ian McKellen that was apparently the fulfillment of a 50-year ambition on his part.

Given these facts, the source of Stewart’s wealth is no mystery. Simply put, he has been a very successful actor not just on the stage but also in both well-known movies and TV shows. As a result, it seems safe to say that Stewart has been paid very well for his most famous roles, which is on top of the commercials, the endorsements, and the other money-making opportunities that have been made available to him thanks to his fame. For instance, consider the fact that he managed to earn $5 million for his role on Star Trek: The Next Generation. After which, Stewart’s fame enabled him to earn $9.5 million for Star Trek: Insurrection and then $13 million for Star Trek: Nemesis.

Nowadays, Stewart is in his early 80s. As a result, he is very much active in the world of acting. For proof, look no further than the fact that he is the main role as well as one of the executive producers for Star Trek: Picard, which has had one season and has already had both a second and a third season ordered. Due to this, Stewart’s net worth is bound to continue growing so long as he remains involved in the world of acting, which is hopefully something that will continue on for many, many years to come.