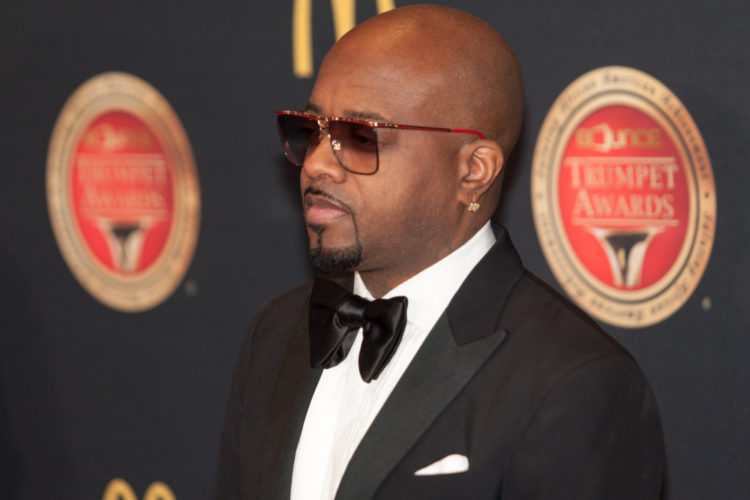 Jermaine Dupri is an American rapper who is best known by fans for his hit songs “Sweetheart” in 1998, and “Gotta Getcha” in 2005. He also thrilled his audience of followers with the release of his 2001 album “Instructions.” As of 2020, his reported net worth is estimated at $2 million. This is fairly remarkable in a highly competitive sector within the music industry. Did he make his fortune through his rap career or did he have other sidelines that helped him to become a multi-millionaire? We looked into his career history and this is what we discovered.

Jermaine Dupri Mauldin was born in Asheville, North Carolina on September 23, 1972. He is looking forward to his 48th birthday in the near future. His parents are Tina and Michael Mauldin. Jermaine was born into a successful family in the record business. His dad Michael holds an executive position at Columbia Records. Jermaine followed in his father’s footsteps in his career choice.

Dupri was young when he began his career in the entertainment business. He started out as a dancer and was accepted into the hop dance group called Whodini when he was just 12 years old. This opened the door for performances around the nation. Jermaine didn’t fully change his name for career purposes. He kept his first and middle name and dropped the last name. He is a songwriter and rapper who enjoyed the success of an album and two singles. While the level of success he obtained through his singing/rapping and songwriting was high, it opened the door for other pursuits within the music industry. In 2001, the same year his album was released, he began dating the phenomenal Janet Jackson, a successful music artist in her own right.

His work as a record producer

Jermaine produced his first artist in 1990. The female hop trio Silk Tymes Leather was his first act. Not long afterwards, he brought Chris Kelley, Chris Smith, and Kriss Kross together to produce an album titled “Totally Krossed Out.” The album was released in 1992. The net year, he established his own label that ws called So So Def Recordings. He went on to collaborate with and produce for Janet Jackson, Aretha Franklin, TLC, Bow Wow, Alicia Keys, Ludacris, Jay-Z, Usher, Nelly, Monica, Da Brat, Mariah Carey, and Xscape.

Good connections in the industry

Dupris went on to form collaborations with Columbia Records, where his father is an executive producer. The agreements were for distribution. He went on to release the single from the “Life in 1472” album titled “The Party Continues.’

Dupri worked with Queen Latifah in 2015 to collaborate on the development of a reality series television series titled “The Rap Game.” This served to elevate his fame and popularity and it propelled him to new levels of fame. It has not been disclosed what his salary or royalties were from this collaboration, but we’re fairly certain that it was moderately high.

His financial affairs have been rocky

Dupri has had a mixture of huge successes with some rough patches along with way. He has a knack for discovering talent. It’s helped him to build fortunes throughout his career. He’s settled into a net worth of $2 million currently but he’s had some financial troubles along with way.

In 2011, Dupri was issued liens against his Atlanta Mansion for unpaid income and property taxes. Although it was his responsibility to ensure that these were paid, it’s unclear how much he was aware of his tax preparation affairs and who he worked with to comply with local and federal tax laws. Two of his homes were raided in Atlanta in 2002, and federal agents confiscated cars, computers, and furniture to satisfy a tax lien that was filed by MTV News. He was in arrears for $2,541,865 to the government at that time. In 2011, his Atlanta mansion went into foreclosure after a default on a loan in the amount of $2.5 million to purchase the property. After a delay in the foreclosure the home was sold at auction because he didn’t make the payments. The following year, his Mount Paran home appeared on the foreclosure list but he was able to bring it back from the brink.

Dupri has a long history of being sued and having liens placed against his assets for failure to pay income tax. He received penalties of over $183,000 in 2008, followed by yet more delinquent tax problems in 2003 and again in 2005. He failed to file a tax return for the 2007 reporting year which led to compounded interested penalties. In 2011 he was sued for not paying child support for his daughter Jalynn. He owed his mother Sarai Jones back support. He also has a child from a previous relationship with Pam Sweat. He was also sued by SunTrust Bank on a $5 loan in default in 2013. This resulted in Dupri selling So So Def music so he could settle the dept with the bank.

Although Jermaine Dupri has had his share of financial problems along the way, he has also enjoyed a very successful career in multiple sectors of the music industry. He’s made fortunes and lost them, but as of 2020, he is standing on solid ground with an estimated net worth of $2 million. Hopefully, he’s learned some valuable lessons about keeping track of his finances so he won’t fall victim to the outrageous penalties that can be levied by the IRS when you fail to file or pay your taxes. He seems to be doing very well at this point in his life. Jermaine Dupri has earned the bulk of his fortune through his career as a rapper, songwriter, but mostly through his involvement with the launch of many successful artists as a record producer.