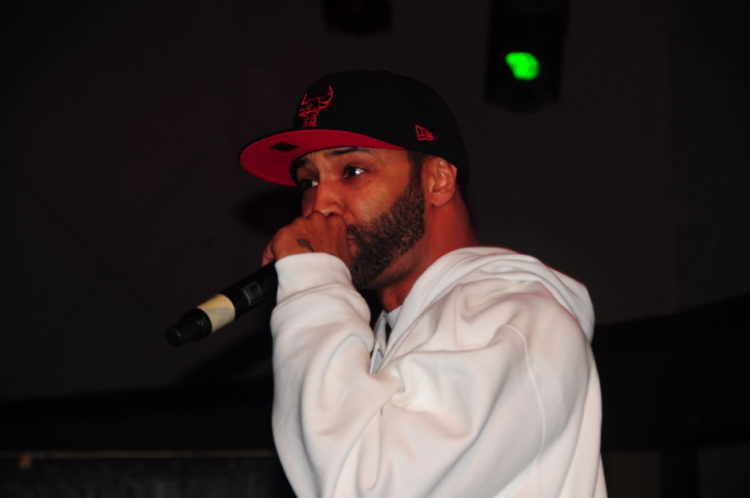 Joe Budden has enjoyed successful careers both in the music industry and on-screen as he is a broadcaster and award-winning former rapper and songwriter. His career began in 1999 and continues to this day. During this time, he has accrued an estimated personal net worth of $6 million, which is certainly not the financial status into which he was born. SO, how did Joe Budden become so wealthy?

The artist was born in Harlem, New York, on August 31, 1980. He had a troubled childhood as his mother was raising him as a single parent, he did not enjoy school, and he became involved in drugs as a teen. Although he had shown interest in music and freestyling during his teens, it wasn’t until he had spent some time in a drug rehabilitation facility that he was able to focus on his music. 2003 marked the beginning of his successful career in the entertainment industry as this was when he released his self-titled debut solo album. This was a success, predominantly because of the hit singles on the album which were nominated for awards and used for soundtracks. One of these was the hit ‘Pump It Up’, which was nominated for a Grammy Award.

The second, ‘Focus’, was the soundtrack to the critically and commercially successful film ‘2Fast 2 Furious’. This soundtrack was also used for several video games, including Madden NFL 2004, Def Jam Vendetta, and Def Jam Fight for NY. A third single was used as the soundtrack for ‘Cradle 2 the Grave’ and another was featured in the film ‘Mean Girls’. This was a phenomenal level of success for a first album and because the tracks were used in so many ways, Budden’s profile was raised significantly. Unfortunately, problems with his record label, Def Jam Records, meant that his second album was not initially released and Budden later released his work on a mixed tape.

Despite this setback in his music career, Budden went on to release a total of eight solo studio albums. The latest of these was ‘Rage & The Machine’, which was released in 2016. This reached number one on the United States R&B chart and number two in the UK. Between 2003 and 2012, Budden also released six mixed tapes. The last of these, ‘A Loose Quarter’, was released on November 20, 2012. In 2014, he released the extended play album ‘Some Lost Love’.

Budden has released two collaborative albums in his career. In 2009, He collaborated with Slaughterhouse on their self-titled album, and this peaked in the fourth position in the US R&B chart. His second collaboration was also with Slaughterhouse for their album ‘Welcome to Our House’. This was released in 2012 and reached the top position on both the US R&B and UK charts. Therefore, Joe Budden has enjoyed a high level of success on both sides of the Atlantic Ocean.

Although his music has been the main source of his income for most of his career as an entertainer, Budden has also earned money as a broadcaster and from several other ventures with which he was involved. Each of these has contributed to Joe Budden’s estimated personal net worth of $6 million. In addition to his career in the music industry. Joe Budden has also worked as a television and film broadcaster. As himself, he has appeared in three documentary films. The first of these was the 2003 documentary film ‘Hip Hop Babylon’. This was followed by ‘Something from Nothing: The Art of Rap’ in 2012, and then ‘Can’t Forget New Jersey in 2013.

In television, he has appeared either as himself or as the host in several television series. In the role of host, he appeared in ‘State of the Culture’ in 2018. For this, he was also the creator and the executive producer. Between 2013 and 2014, he was a recurring cast member in ‘Love & Hip Hop: New York. He then returned to the series in 2018 as a member of the main cast. He was also in the main cast of season six of ‘Couples Therapy’ in 2015. In 2019, he has worked as a director for a single episode of ‘Boomerang’

Another of Joe Budden’s ventures that have contributed to his net worth of $6 million is providing his voice for two video games. These were ‘Def Jam: Vendetta’ and ‘Def Jam: Fight for New York’. These were two of the video games that featured his single, ‘Focus’.