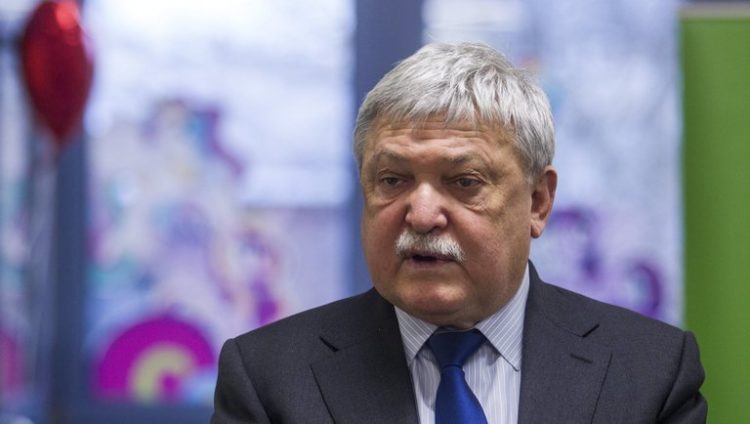 Sándor Csányi became the first-ever Hungarian billionaire to makes Forbes’ billionaires list back in the early part of this decade; since then, an ever-growing number of his compatriots have joined him. The former socialist country has well and truly shaken off its communist past to emerge as a major player in the world of big business and even bigger money. Find out which of its countrymen rank as the very richest as we count down to see whether Csányi has managed to keep his place at the top for another year running.

He may be the poorest billionaire to make our list, but with a net worth of 81.3 billion Huf to his name, we doubt Hungarian businessman György Waberer is feeling to upset about his status. After graduating from the Technical College of Transport and Telecommunication in Győr as a plant engineer, Waberer took his first steps in business as a trainee at Volán 3. From there, he took on a position as a computer system organizer at Volán Electronics Company. After working his way through positions of ever-growing seniority at Volán, he founded Waberer’s International Plc, a company that rapidly became the leading owned vehicle operator within the European international full truckload. He currently serves as the President & Director of Wáberer Hungária Biztosító Zrt, a leading insurance company, and Chairman of CEE Transport Holding BV, one of Eastern Europe’s largest logistics and freight services.

Lajos Kasza sits at the head of Jász-Plasztik Kft, a multi-billion-dollar empire whose reach extends from wine to batteries to plastics. The company currently employs more than 2,700 people and is a partner to the likes of Samsung, Volkswagen and Electrolux. Kasza’s personal wealth almost rivals his company’s; by the latest estimate, he’s believed to be worth a mammoth 90.5 billion Huf.

Construction magnate László Szíjj made his billions by winning large public tenders with the state and various city councils. His one-third ownership of MKB Bank and construction company Közgép have done little to harm his fortune, which now sits at a considerable 105.3 billion Huf.

In 1990, Lőrinc Mészáros founded a small gas fitting company in Felcsút, the home town of Prime Minister Viktor Orbán. Fast forward 29 years, and that same gas company, Mészáros & Mészáros Ltd, is now one of the biggest companies of its kind in Hungary, a status that owes largely to the multiple government contracts it’s won over the past decade. “That I have been able to come so far, God, luck and the person of Viktor Orbán have certainly played a role,’ Mészáros has said.

Industrial investor and major shareholder of the MPF Industry Group, Zsolt Felcsuti ranks as Hungary’s 6th richest person with a net worth of 112.0 billion Huf. With a global presence that covers investments in East-Central Europe and the Far East, MPF Industry Group now ranks as the third-largest Hungarian owned business in the country. Felcsuti also serves as Vice President of the Confederation of Hungarian Employers and Industrialists and the adviser of the Hungarian Minister for National Economy.

At number 5 with a net worth of 120.6 billion Huf is László Bige. The billionaire made his wealth through the production of chemical products- his flagship chemical companies, Bige Holding Ltd and Nitrogénművek Ltd, supply over 50% of the Hungarian market, as well as generating huge amount of revenue from foreign trade.

Up next is Tibor Veres. After graduating from Chalmers University, Veres began his career as a banker. After working his way through roles of ever-growing seniority, he co-founded the finance company Pra Group Europe AS, a collection agency that collects past due and defaulted payments for banks and finance companies. With operations across Norway, Sweden, Finland, Denmark, and United Kingdom, Pra Group Europe AS is now one of the largest companies of its kind, making Veres one of the richest people in the country.

After graduating from Budapest Technical University with a degree in electrical engineering in 1972, Gábor Széles worked for several years as a researcher at the Eötvös Loránd University Institute of Geophysics. In 1981, he branched out alone, founding Műszertechnika (“Instrument Technology”) to develop and manufacture geodesic instruments. The company, of which Széles still serves as the president, has since diversified into real estate and financial services, while Széles has increased his own portfolio with ownership of the television station Echo TV and the daily newspaper Magyar Hírlap.

As Hungary’s first billionaire, Sándor Csányi’s wealth is extensive, and its sources varied. In 1992, he took over OTP Bank, one of the largest financial services firms in Central and Eastern Europe. Immediately on taking the helm, he set about introducing a series of changes and new technologies that revolutionized the face of the banking industry in Hungary. Since acquiring the status of the most powerful banker in the country, Csányi has diversified his interests to include agriculture (he currently owns the biggest slaughterhouse in the country), and oil. As of 2019, his wealth sits at $1.1 billion, giving him the rank of #1 richest person in Hungary, and #1941 richest person in the world.