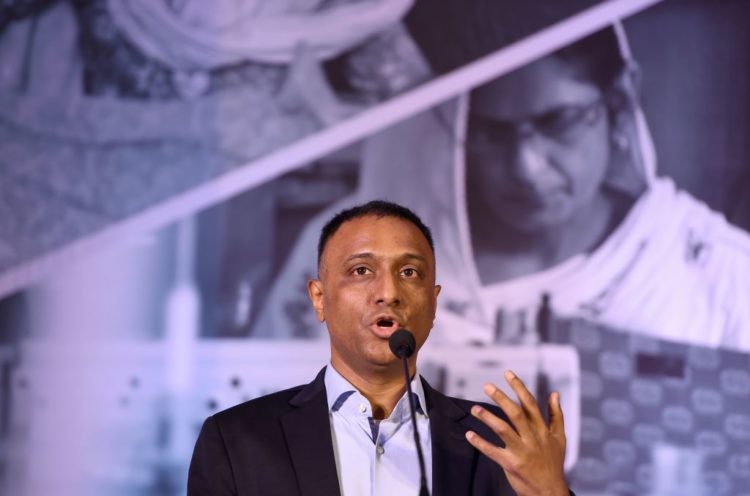 Kalyan Krishnamurthy is an Indian Citizen and the current Chief Financial Officer of Flipkart. He is famous for the transformation he did for the Flipkart Company, pushing it beyond its limits. Read on to find out 10 interesting things you didn’t know about Kalyan.

Kaylan was born on 12 January 1972, he is an Indian citizen and he practices the Hindu religion. His birth sign is Capricorn. He is 5.6 feet tall, he has black hair and brown eyes. According to Celeb Wiki Biography, Kaylan lives in Singapore.

Kalyan joined the Asian Institute of Management and did his MBA Degree which he completed in the year 2000. He also went to the University of Illinois at Urbana-Champaign-College of Business and did his other MBA Finance Degree.

Kalyan is married to his lovely wife and they have two daughters. Although not much is known about his family and siblings, it is believed that he is from a humble background with a good upbringing.

His journey to success did not just start overnight he had to toil hard to get to his current position at Flipkart. He started working at Procter and Gamble in the Supply Chain Finance section where he worked so hard and gave his all to the job. Eventually, eBay noticed him and gave him an opportunity to work with them. Although he was given tough responsibilities, Kalyan handled them efficiently and wholeheartedly for 6years. Later, he became a managing director of Tiger Global in 2011. According to Indi Civil Blogspot, the company noticed Kalyan’s talent and the way he handled his job and after working for two years it recommended him to Flipkart as the Head-Category Design. Later, he earned the position of the CEO of the Flipkart company, which he holds to date.

Kalyan became the CEO of Flipkart after the company started making huge losses. Tiger was by then the biggest shareholder in Flipkart and suggested he wanted his people to take over the company. The company was then handed over to Kalyan Krishnamurthy and a sudden change of events took place. Kalyan took a huge risk of restructuring the company to a point of firing unproductive senior managers and he set higher target sales. Amazingly his strategy worked and the company rose to its feet and went at par in the market with Amazon and Alibaba Group Holding Ltd. However, this was not where Kalyan wanted the company to remain. His aim was to be on the top and beat his competitors at the industry. Taking over the Indian market was his aim and he also wanted to restore the glory of the company by adding its value and raising the company’s net worth. Currently, Flipkart is the leading online retailer in India. This shows that Kalyan was able to achieve his goal of dominating India’s festival-season shopping.

6. His achievements as the CEO of Flipkart

Besides achieving the title of CEO of Flipkart at its most crucial time, and fighting against all odds to raise the company again, he brough a huge difference in the company and helped it to increase its net worth.He did an amazing incredible job and proved to have been the right candidate for the position. He shocked all those who had expected the company to go down because the sales rose despite him changing most of its structures. He increased the sales and the net worth of the company and skyrocketed it to another whole new position as the leading eCommerce company. With this, he attracted many investors and partners to the company.

Kalyan has the other side of him. Apart from working as a CEO, Kalyan spends his leisure time in various hobbies and activities. His hobby is reading books. His favorite foods are bread and pizza. He is a simple person and he is fond of several things like watching football, yoga, music, and movies. His favorite actress is Hema Malina and actor Amitabh Bachchan. He also loves listening to the singer Kumar Sanu. Kalyan lives a simple life despite his position as a CEO.

Kalyan’s life in social media revolves around his businesses and career. He rarely talks of his personal life or his family leaving many with hundreds of questions about him. He joined Twitter in 2016 and looking back at his first posts, they are all about his working days at Flipkart. He only appears on Twitter to post things based on his business. He has a LinkedIn account too, but it is not very active. He lives a private life and hides from the media and bloggers thus not much is known about him. His courage is depicted in front of the panelist and showcases in most interviews in that he has excellent communication skills in explaining the company’s products and plans.

Kalyan is always at the front line in showing what good leadership should entail. He has a good sense of knowing whether people he signs job to will deliver them as expected. He showcased how businesses should be handled by eliminating those who pulled down the company immediately when he was given the role of the CEO. He has been the one person who doesn’t sit down and wait for things to be done by his juniors. He knows what goes on in the company at every level and department and interacts well with his workmates. He believes in team-building and working together. He focuses on bringing the best out of the people who work with him. The most ultimate moment in his leadership skill is when he goes by himself to make a deal with vendors to give exclusive deals to the clients. This makes him outstanding.