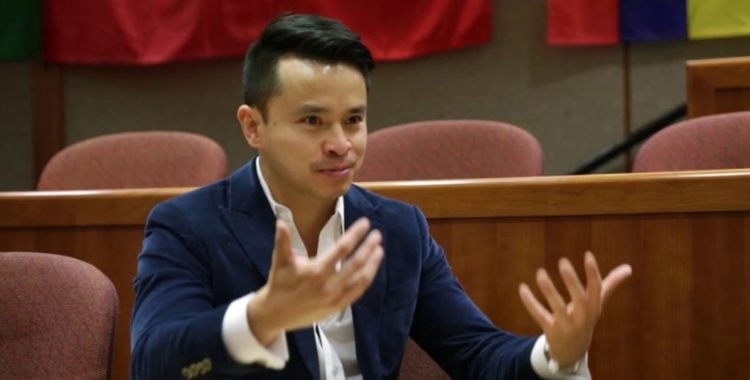 Kendrick Nguyen has a wealth of experience in finance and law, but his heart lies in cryptocurrency. He barely talks about his personal life, but he revealed that his past is what led to him being interested in the world of entrepreneurship. So far, his dream of helping private companies raise funds has continued to be fulfilled since in the last two years Republic has facilitated the launch of at least 40 companies. However, that is just the beginning since Kendrick has a far much bigger vision for his company. Let’s tell you everything you don’t know about him and how he has managed to be a successful entrepreneur.

1. He believes in putting his employees first

Kendrick opined that the success of any business lies in the happiness of the employees; hence he advised other CEOs to prioritize their staff. In his interview with Medium, the CEO of Republic admitted that his company has been able to thrive because he advocates for the “open door policy.” Besides assuring the employees that he is always available to hear them out, Kendrick fosters unity through team building and camaraderie.

2. He owes his success to Raval Navikant

In 2014, Kendrick became part of AngelList when he joined the firm to become its first General Counsel. There, he met Raval Navikant, the co-founder and former CEO of AngelList, a fundraising platform to facilitate collection of money from angel investors. Kendrick worked with Raval for two years, where he was also tasked with product strategy and international expansion. Watching Raval must have inspired Kendrick because he disclosed he would not be here today doing what he loves were it not for Raval. Kendrick fostered a good working relationship with Raval, enabling them to work together in building Republic.

Whenever Kendrick remembers the harsh life of Nelson Mandela, he gets inspired by the former president’s words: “It always seems impossible until it’s done.” Although the quote applies to every area of our lives, the CEO of Republic prefers relating it to business. He compares the challenges that entrepreneurs have to go through with Nelson’s days in prison. Since Nelson could have easily lost hope while in prison, but he still came out to be the president of South Africa, Kendrick feels that even entrepreneurs should not give up at the first sign of trouble.

4. Why he founded Republic

When asked about his inspiration for starting Republic, Kendrick disclosed that talent might be universal, but opportunity is not. Therefore he felt it was his duty to give other people a chance also to be the next investor or founder instead of allowing a few individuals to reap massive profits from the Fortune 500 companies. With his company providing investors with an insight into the crypto market, Kendrick believes by 2030, 75% more of Fortune 500 will be in existence.

5. His advice on sourcing capital and managing it

Having watched “Shark Tank,” we can relate to how much entrepreneurs rely on investors to help start or grow their business. Unfortunately, Kendrick knows that rejections are part of the process in obtaining funds, but he encourages investors to keep perfecting their sales pitches. According to the Republic CEO, one should not get discouraged by the constant rejections; instead, aspiring investors should work harder to ensure they meet their fundraising goals. All the same, after getting the money most entrepreneurs mismanage it hence Kendrick advices them to treat the money like it’s the last capital they will ever have access to in growing their business.

6. He has a rigorous vetting process for prospective investors

According to Entrepreneur, Kendrick and his COO are very strict about the investors they accept into their program. Since the public is allowed to invest in start-ups, it is up to Kendrick and his team to ensure that the firms will remain safe, stable and profitable. Consequently, despite over 3,000 companies applying to be in the program, only a few pass the rigorous vetting process.

7. His advice to the Millenials

Most young people in college fail to invest early, yet the little they spend on partying could amount to a substantial amount in future. Therefore Kendrick advises them always to put aside some money and invest in a business that interests them, and reap the returns in ten years. However, as with any investment, it could go sideways; hence he adds that the young investors should expect to lose everything thus even those who invest in cryptocurrency should know that its market is just as volatile as any other.

8. His company helped to produce “Meet The Drapers.”

Kendrick is determined to help people around the globe to be part of Silicon Valley, so he used the best tool possible –television. Republic helped in the production of the TV show and the first season was only a test of which format is best and the actual investor engagement in the show was low. “Meet The Drapers” allows the Draper Family to search for 27 entrepreneurs around the world with revolutionary ideas. Viewers decide the one that interests them most, and they are forced to invest in the start-ups. So far, the show is currently seeking for the next big idea for its 4th season.

9. His vision for Republic

When Kendrick talked to Crowdfund Insider two years ago, he disclosed that his vision for the company was to be like Amazon for private investing. He clarified that since Amazon is a platform for different products, Republic will also provide investors with variety. As a result, he laid down a strategy to meet this goal hence incorporated tokenization, crypto and blockchain-enabled start-ups to expand the firm’s offering. The main aim of utilizing blockchain technology was to eliminate the middleman who, Kendrick said, was charging high fees.

10. How being an immigrant affected him

Although the Republic CEO said that being an immigrant did not pose any hurdles in his efforts to become a businessman, he remembers working extra hard to build his own network. The fact that he did not have any friends, family or business associates who were venture capitalists pushed Kendrick first to learn the ropes and build enough confidence to venture out on his own.