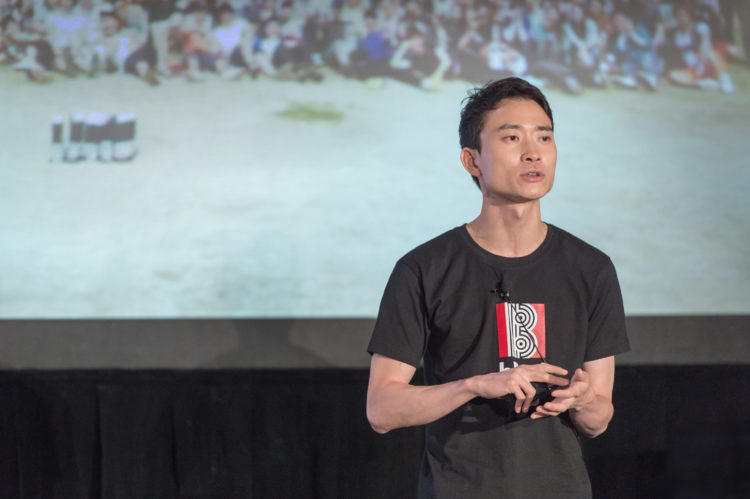 Kyum Kim is a Korean businessman and entrepreneur. He is a co-founder of an anonymous social platform designed for verified professionals called Blind. Kim is a young business owner who is keen on protecting anonymity. To help you become better acquainted with him, here are 10 things you didn’t know about Kyum Kim.

1. Kim is an advocate for anonymity

According to Intercom, Kyum Kim doesn’t buy into the notion that anonymity always breeds misinformation or negativity. Blind is a South Korean company that transitioned to Silicon Valley to provide anonymity for workers to discuss the internal culture of their companies with the protection of anonymity. He believes that Microsoft, Google, Facebook, Apple, and similar employees need a place where they can openly discuss their concerns and opinions without fear of repercussions to create heightened transparency within these companies.

2. Kim believes in the freedom of speech

Unlike many who own and operate social media platforms, Kim sees the potential for good coming from freedom of speech. The Blind company’s mission is to provide a place where people can start honest and open communications about important topics including industry insights, discuss salary, company culture, and other sensitive topics. Kim doesn’t see it as a breeding ground for toxicity, but rather as a place where the tough issues can be openly discussed so people are aware of the real situation, and perhaps good can come from being completely transparent, even if it isn’t what executives want to be shared about a workplace. It has to potential to affect positive change versus breeding misinformation.

3. Kim was inspired by “The Office”

The popular sitcom “The Office” was a big inspiration for the leadership team at Blind to move from South Korea to the United States. Kim watched the show and realized that the lack of anonymity is an international issue. He saw how management, company owners and workers often have a serious disconnect in communications. His goal is to use Blind to empower workers and to inspire empathy. Blind is a useful tool for company owners and leaders to better understand the realities of company culture based on what workers share on the forums.

4. He believes that people should share their views without filtering

Too many social media sites control the content that is allowed on their sites. When people are forced to conform to a plethora of rules they’re discouraged from saying what’s really on their minds. Without anonymity, workers are afraid to say what’s really on their minds. Although the risk of toxicity does exist even with Blind, the company has taken steps to help prevent non-productive conversations. Users must first be verified professionals. The site is self-moderated and verified users quickly step in when something is amiss. So far, the platform has yielded useful information from unfiltered views and has seen one of the emerging workforce issues presented is burnout. This is information employers need to help address the problem to have a productive workforce.

5. Kyum Kim grew up in South Korea and the DC area

6. Kyum Kim was educated in South Korea and Dublin, Ireland

According to his LinkedIn page, Mr. Kim attended Korea University in the engineering program. He studied psychology and industrial engineering. While there he was involved in PAPCon Advertising. He also participated in the Univerity College Dublin’s exchange program. He graduated in 2010 with his degree.

7. He started as a sales manager

When Kim graduated from college in 2010, he accepted a position as a sales manager in Gangnam-gu, Seoul. He worked for Ticketmonster, which is a Korean flash sales commerce startup that was acquired by Livingsocial and Groupon. He was responsible for managing a team of 30 marketers, sales, and operations staff. He was promoted in 2011 o the head of Ticketmonster, and served in the job for another year, before being promoted yet once again to the General Manager of Sales Support. He spent 8 months in that job, designing an incentive structure and managing sales conversions. He led the yearly sales training program for the local sales group and led meetings. He left Ticketmonster in February of 2013.

8. Kyum Kim is a serial entrepreneur

Before co-founding Blind, Kim established another company with a partner. In March of 2013, he co-founded a company called Withceleb Inc. This business was located in Gangnam-gu, Seoul. This was a celebrity curation commerce company. He worked at the business for 11 months, leaving in January of 2014 to co-found Blind.

9. Kim has been with Blind for 7 years

Kim and his partner launched Blind in February of 2014. the business was launched in February of 2014. His first title was Head of US Expansion and co-founder. He spent the first 2 years and 11 months working on that effort moving Blind to San Francisco, California, USA. He moved to the Head of Business title in the company in January of 2017, taking on the tasks of monetization and grown, launching the ads for business for Blind, and managing all marketing and PR initiatives. In September of 2018, he became the head of US operations for the business.

According to Crunchbase, Mr. Kim’s experience in business has made him popular as a guest speaker at industry events. He occasionally takes time away from his duties to share his wisdom with other professionals in his field. In June of 2019, he was a guest speaker at WSJ Tech D. Live in Kowloon City, Kowloon, Hong Kong, Asia. In September of 2019, he spoke at the SYNC 2019 conference in Mountain View, California.