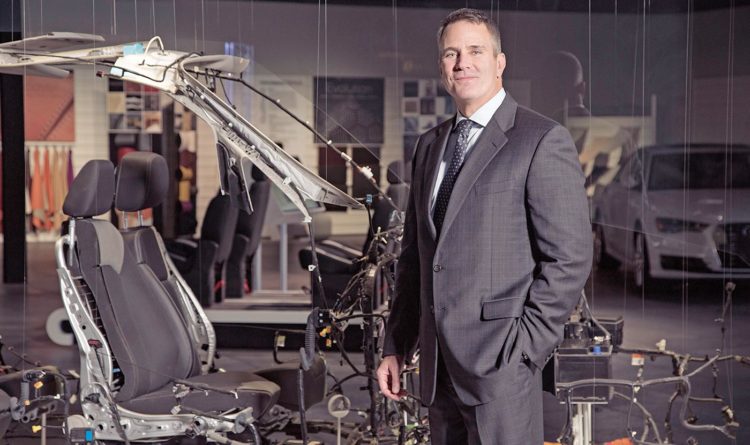 On March 1, 2018, Ray Scott was named Chief Executive Officer, Director and President of Lear Corporation. Scott has held executive positions at Lear Corp. for the past three decades. He has helped the company grow and is excited to continue his work and help lead the company into the future. Ray Scott is dedicated to the Michigan based automotive and airline company. Here are 10 things you didn’t know about Lear CEO Ray Scott.

Raymond E. Scott Jr. is a life long resident of Michigan. He was born on August 3, 1965 in Flint. He is married to Marie Scott. They have two sons, Joshua and Jacob. The family currently resides in Birmingham. Ray Scott enjoys spending time with his family. Early in life, Ray knew he wanted to work in the corporate business field and would study business management.

Following high school, Ray Scott attended the University of Michigan. He earned his Bachelor Degree in Economics. He went on to study business at Michigan State University where he earned his Master Degree in Business Administration. Scott would go on to complete Executive Education Programs at Stanford University and the Wharton School of Business.

There was a six year succession plan before Lear Corporation’s previous Chief Executive Officer, Matt Simoncini resigned. It was always in the plans that Ray Scott would take over the position. Simonicini continues to advise Ray Scott in the biggest position of the company.

Since becoming the Chief Executive Officer, President and Director of Lear Corporation, Ray Scott earns a total of $5.3 million. His annual salary is currently about $855,000. He also earns $1.4 million in bonuses and approximately $2.6 million in stock. Scott takes in about $300,000 in other compensation.

Ray Scott has great plans for Lear Corporation as he guides the company to the future. With advancing technology in the automotive field, Scott wants to make sure the company keeps up with the field. Scott is planning for self driving cars and the importance Lear can provide with hits electrical technology. Lear Corporation is working to advance “smart seats” that are state of the art. Lear is continually working to advance its E-Systems which provides the industry’s leading electrical distribution systems, software, electronics, cyber security expertise, and precise vehicle positioning. E-Systems uses wireless harnessing, terminals, connectors, and power distribution boxes to proved the most advanced seating in automobiles.

Lear Corporation was founded in Detroit, Michigan in 1917 as “American Metal Products”. The company produced tubular, welded and stamped assemblies for the aircraft and automotive industries. Throughout the twentieth century, Lear Corporation continued to develop and expand. The 1980’s and 1990’s saw a large number of acquisitions for the company, and the company became the world’s major supplier of complete interior automotive systems. In 2011, Lear Corporation filed Chapter 11 bankruptcy but quickly rebounded. With Ray Scott’s leadership, Lear Corporation is advancing the industry with innovative technologies to lead the car interior industry into the future.

Lear Corporation is well known for its philanthropic contributions. The company particularly focus on giving back to the communities where their factories are located. Lear Corporation has set up charitable associations that focus on environmental protection and sustainability. The company established the Lear Corporation Charitable Foundation in Southfield, Michigan in 2003. The foundation focuses on providing opportunities to youths and adults in the fields of art, culture, education, youth development and human services.