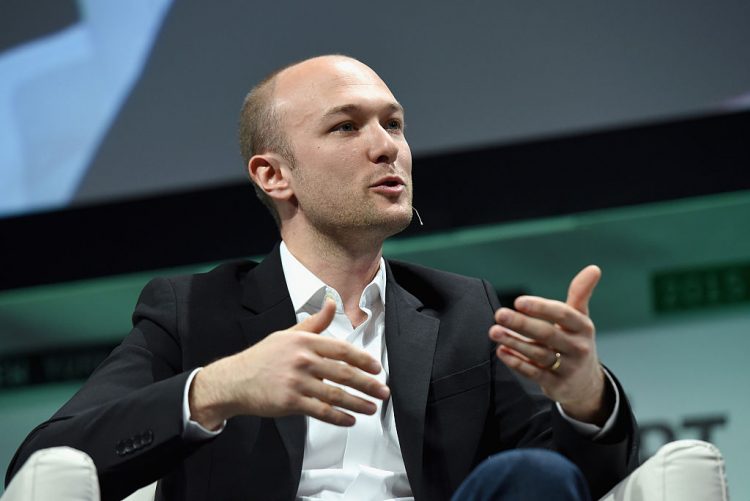 Lyft is a ride share which is similar to Uber. Lyft was created in June 2012. While it has the same premise as Uber, there are a few differences.  First, the cars that Uber drivers use are often newer. Many Uber drivers buy brand new cars to use them to drive for Uber full-time. Most of the Lyft drivers do it in their spare time to pick up some extra cash and they put pink mustaches on their cars so that riders can identify them. Finally, Uber is cheaper than Lyft because they are trying to put Lyft out of business. As much as they try, the CEO and co-founder of Lyft, Logan Green, might have something to say about it.

What Sparked the Idea of Lyft in Logan Green’s Mind

Ever since Logan was a child, he had an obsession with transportation. He would be driving in the car with his parents and he would often be stuck in traffic for hours. When he looked out the window, he would see just one person in each car and think about how inefficient the whole thing was. When he was in college, he decided to see what would happen if he were to leave his car at home and use other methods of transportation, such as the bus, the train, riding a bike, and carpooling with friends. He found that all of these ways couldn’t get him where he needed to be.

After collage, Logan and his friend John Zimmer took a trip to Zimbabwe. When they got there, they realized that it was very difficult to get around. Very few people could afford to drive themselves and the government wasn’t providing public transportation. While they were there, they saw a few local entrepreneurs who had their own vehicles who were providing ride sharing to the community. This gave him the perfect idea. In 2007, Logan and John were back in the United States and they started their own ride-sharing company and they called it Zimiride, named after the country where they got the idea. Their company matched paid drivers with carpooled passengers.

Lyft Is Born With Changes in the Future

In 2013, Zimiride was bought by Enterprise Holdings. Soon, Logan created Lyft in San Francisco. According to Logan, he has a few changes planned for Lyft in the future. He hopes to keep the cost the way it is for riders who want to go out on a date or to an event. He also wants to provide lower priced rides in less fancy cars for riders who just need to get to work or to a doctor’s appointment.

Education and Background in Transportation

Logan went to New Roads High School in Santa Monica, California. After college, he attended the University of California, Santa Barbara. He graduated in 2006, with his BA in Business Economics. Not long after graduation, he took his interest in transportation and got a job. He became the youngest director for the Santa Barbara Metropolitan Transit District.

He Wishes He Had Majored In Something Else In School

According to Logan, when he first got to college, he was a computer science major. It didn’t take long for him to get tired of the program. He didn’t like how regimented it was. Because of that, he switched to business and economics. He says that if he could go back and change things, he would have remained in the computer science program.

Logan did an interview with Fortune Magazine, where he was asked if he reads and what was the last book that he read. He aid that he does read and the last book that he read was called Zero to One. According to Logan, the book was not even published at the time of the interview. The book was the manuscript of Peter Thiel’s new book. He says that it is a business strategy book, which discusses business operating in competitive markets. According to Logan, Theil was able to write the book by working with one of his students who took extensive notes during his classes.

Many people would believe that with the amount of money that Logan makes, that he would drive a fancy car. This is not the case. When he goes to work, he either gets a ride with his wife or he takes a Lyft car to work. To return home, it is often late so he doesn’t want to wake his wife. Instead, he sends for another Lyft ride home.

Logan has made quite a name for himself in the business world. In 2009, Logan and his business partner John Zimmer were finalists in the list of America’s Best Young Entrepreneurs by Business Week. In 2014, the two men were on the 35 Under 35 list in Inc. Magazine. Chances are, it won’t be long before they receive another award or recognition.

Logan Takes Care of His Body

Logan is very much into physical fitness. Every morning, he walks to the gym located down the street from his house. He says that he works out for 20 to 30 minutes each day to get his day started. When he eats lunch at the office, it is always with a group. The company offers a healthy, buffet style lunch. When it comes to dinner, if he cannot be home, he will order from Sprigs, which is an on-demand food service. The company prepares healthy dishes which they deliver.

Logan is a very rich man. He has turned his business into a multi-billion dollar corporation. Currently, he has a personal net worth of $300 million. Logan Green had a problem with the transportation system ever since he was a small child. Since then, he has made it his life mission to help people to get where they need to go easily and conveniently without needing to spend a fortune. He did this, and he has made a great deal of money in the process.