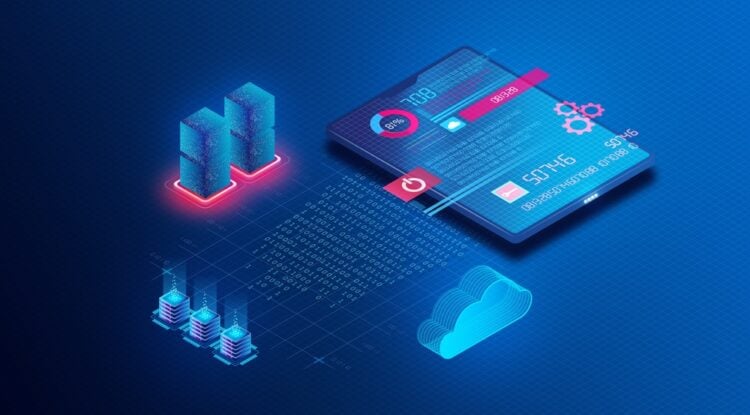 Lumigo is a technology company that provides troubleshoot serverless applications that work at lightning speed. The company has recently made business news headlines with its recent investor funding round that reached tens of millions. If you’ve not yet heard of this company, it’s likely because it is an Israel-based enterprise that has only been in operation for a few years. To help familiarize you with this brilliant tech startup, here are twenty things you probably didn’t know about Lumigo.

1. Lumigo is in its developmental stages

Crunchbase confirms that Lumigo was founded in 2018. The company has been in operation for just under four years. It’s based in Tel Aviv, Israel. The founders are Aviad Mor and Eraz Berkner. Lumigo builds a serverless intelligence platform to help developers troubleshoot applications that are serverless when problems arise. The company hasn’t been operational for long and it is still in the process of building its line of products and services. Although there will be more to come, the company is fully up and running, offering products and services in the apps and information services niche of the IT sector.

One of the most remarkable aspects of the Lumigo platform is its ability to identify issues before they become a problem. Developers may rely on Lumigo to help them understand issues that arise in serverless applications through the analysis of massive data sets. The program learns the behavior of the app and produces visual maps that provide developers with insights for finding and fixing issues before they happen.

The Lumigo website is powered by the active use of fifty technologies. IT staff at Lumigo keep the technologies all running in sync to ensure that visitors to the site enjoy a smooth and seamless experience. The fifty technologies are distributed across dozens of technology products and services. Some of them include SPF, Viewport Meta, and iPhone Mobile Compatible, to ensure that mobile visitors also receive the full benefit of the website. Lumigo has not yet disclosed its annual IT expense budget, but it is assumed to cost in the millions.

For a company that is just four years old, Lumigo has generated a great deal of interest in its products and services. The analytics report for the Lumigo website reveals that the website has received a total of 111,436 visitors in the last thirty days. The number ranks Lumigo’s website as number 438,421 of the millions of websites registered on the world wide web. This information is useful for staff involved in strategic planning and marketing because it lets them know how well marketing campaigns are working to generate leads and interest.

5. Lumigo is the most popular in the United States

6. Lumigo has a core executive leadership team of 3

Lumigo has three members of the core executive leadership team. Yan Cui is an advisor for Lumigo. Aviad Mor is the chief technology officer and co-founder. Erez Berkner is the chief executive officer and co-founder. The core leadership team gets help from other high-ranking employees of Lumigo. Dori Avarim is the research and development team leader and backend developer. Kurtis Louis is a digital marketing specialist. Uri Parush is the serverless architect.

7. Lumigo has one member on its board of directors

The board of directors for Lumigo has one member. Lotan Levkowitz serves as an advisor to the core executive leadership team. Levkowitz is a general partner at Grove Ventures. he currently serves on six boards of directors in advisory roles.

8. Lumigo is a venture capital-backed enterprise

Lumigo has successfully attracted and secured the interest of six venture capital investors to help the company become established, meet operational expenses, and continue to grow and expand. The company has participated in two rounds of venture capital fundraising. The most recent round of Series A funding was completed on November 1, 2021. The total amount raised over the two rounds is $37 million, with the most recent round generating $29 million from its investors.

9. Investor confidence in Lumigo is high

10. Lumigo is a debugging solution

Techcrunch confirms that the Lumigo platform is essentially a debugging solution. The cloud-native application monitors and debugs applications to avoid problems in their operations. It’s an essential function that can save companies thousands or even millions in IT expenses by catching problems before they happen. It’s a tool for developers to identify issues when they become a potential threat.

11. Lumigo is expanding its services

Lumigo began its platform with attention to the distributed tracing of serverless platforms that included Lambda, S3, DynamoDB, and API Gateway. These were its initial efforts, but it has added more just four years from the launch that began serving real clients in 2019. Lumigo has plans to expand its software as a service platform to include coverage of virtual machines and containers. The research and development branch of the enterprise continues to deliver more innovative features. It’s been able to move forward with new products and services thanks to the infusion of cash it received from the most recent round of venture capital fundraising.

The Lumigo platform makes detection of issues as simple to detect and diagnose as possible. Developers benefit from the software service that studies the patterns of systems and learns what normal behaviors look like. When there an anomaly arises that could represent a problem, the Lumigo platform provides a visual mapping of the issue. It eliminates hours of manual analysis and presents a clear picture of potential threats with the data necessary to isolate and fix the problem before it causes damage. It allows developers to visualize every transaction in their respective networks and understand the data flow between services. The platform also offers a command-line tool that helps developers analyze and tune services.

13. Lumigo has a high approval rating

Gartner is a review platform that has gathered reviews for the Lumigo platform and the company. Forty-three users rated the platform and gave it a high approval rating of 4.3 out of 5. Eighty-six percent of the customers who used Lumigo’s platform would recommend the products and services to others.

14. Lumigo has its pros and cons

Although most of Lumigo’s reviews were positive. Fifty-three percent gave it a rating of five out of five stars. There were some things about the platform that reviewers did not like. There are still a few growth areas where Lumigo could improve its products. Developers reported that they dislike the need to contact Lumigo Support to add new users to an account. Some report a missing notification configuration, and some services are still not trackable, e.g., the step function. On rare occasions, the system redirects developers to the home page versus the link clicked on for review. These were the top concerns listed.

15. Lumigo could become the next disruptor in the debugging platform industry

The Lumigo platform is not yet perfect, but the problems that developers encounter when using the system are better than what they had before. Lumigo has time to work on any bugs in its software and refine them as they go. Getting the product out there and hearing what users have to say can help them go back and perfect the system by making tweaks when they identify an issue. One developer gave the platform a solid 5-star rating and stated that the Lumigo platform is “instrumental in our serverless journey.” As the business world transitions from the overloaded servers that crash and go down for long periods, the serverless or native cloud environment does away with the issue. Lumigo aims to become a leader in the debugging industry. It helps IT professionals find the problems in their stack faster and more efficiently than before.

16. Lumigo is a cloud-based SaaS platform

Lumigo’s official website describes its services as monitoring and debugging for modern cloud applications. It is a tool for developers to find and fix issues in cloud environments with little to no effort. It also applies to microservices environments. We were impressed with its claim that the platform provides distributed tracing with one click.

Partnerships with some of the biggest companies in the world help Lumigo to provide top-notch SaaS services to its customers. It has developed a partner network that includes Amazon Web Services which allows developers to build and run secure cloud applications with scalability. Other partners include Protego, for reducing application security paradigms, and Seed, a pipeline for Serverless Framework apps on AWS, Stackery, Puresec, and Datree.io. antstack.io, Cloudway, AppGambit, and Serverless Guru.

You can visit the Lumigo website to learn more about the products and services it offers. Lumigo provides dozens of helpful webinars that describe and explain how to use the system to achieve your goals. It answers many of the questions that developers may have when they begin use of the platform. Lumigo staff is also available to help with technical questions that are not addressed through customer service contacts. Reviewers gave Lumigo high marks of approval for its exceptional customer service staff.

19. Lumigo is a privately held enterprise

You won’t find shares of Lumigo stock for sale or trade on any of the public stock exchanges. It has not yet filed for an IPO. Our research has not found any indication of plans to go public in the future. The business received the necessary funding assistance from its private venture capital investors. It’s not likely that you’ll see Lumigo go public any time soon.

20. Lumigo is growing its workforce

LinkedIn confirms that Lumigo has a workforce that has grown from 30 workers in the past few years to 62 members. It is still considered a small company when you look at its workforce, but it’s achieving things that some larger companies cannot. Lumigo is in the process of adding to its workforce. We saw on its LinkedIn profile that there are currently fifteen job openings with the company. Six of the positions are for professionals in the San Francisco, California area, where Lumigo has an office to serve the USA component of the business. The other nine positions are for the headquarters area in Tel Aviv, Israel. It’s on its way to becoming a multinational company. Lumigo is a startup that is worth keeping an eye on. It has the potential to rise as a leader in its niche of the IT industry within a few short years.