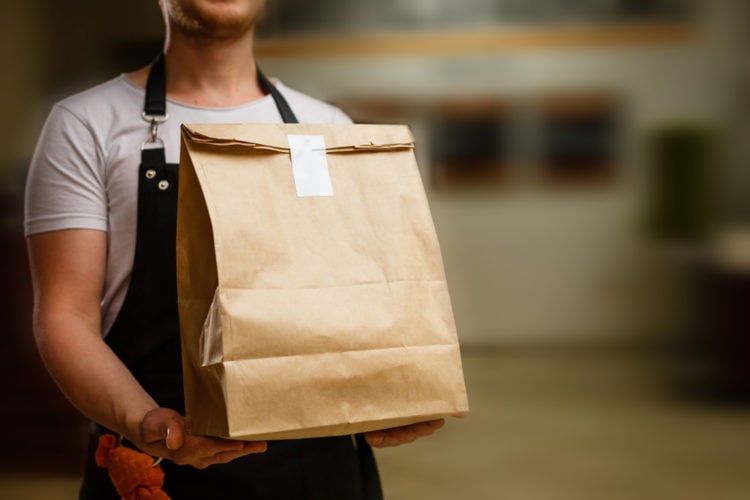 Since the internet was brought to corporeality, there have been many apps and online platforms that offer, or claim to offer, a solution to solving even the most mundane of tasks. This has resulted in the paradigm shift in how humans interact and carry out their activities. Though fairly nascent compared to other apps, one of the said apps and platforms is Snackpass. You may not have heard of it yet, but you can be assured that the app is taking over how food ordering and delivery is taking place in colleges all over the world. As stated, the app is fairly nascent to the industry, and even though thousands, perhaps millions of college students are using or have used it, there are still those who do not know much about it. This article is here to remedy this problem, so here are twenty things you might not have known about Snackpass.

Snackpass is an app that actualizes social commerce in restaurants, eateries, and any other food joint that is a dealer on the app. It falls under the socials commerce banner because it combines elements found on social media sites and other online commerce platforms.

Essentially, Snackpass makes it possible for people, a majority of who right now are students, to skip the process of waiting in line for hours to order their food or drink at their favorite spot. Users of the app can order food from their favorite restaurants and food joints in advance, and thus all they have to do is come and pick them up. It also has a social media-type platform, making it possible to know what food your friends or people you have followed have ordered. Moreover, through text, it is possible to actually talk with one another through the online feed and chatbox. There is also a myriad of other social features on the app. More on that later.

3. It started at Yale

There seems to be a template when it comes to the conceptualization and creation of the most popular apps globally, which is that college students identify a problem that needs solving. They design an online platform that can deal with the said issue. This is, essentially, how Snackpass came to be. Two students at Yale, Ken Tan, and a neuroscience student, and Thiel Fellow Jamie Marshall, teamed up to create the application once they noticed that they spent a lot of time and money waiting for food at the restaurants that were on the campus. Another thing that pushed them to create the application is the fact that delivery services and apps not only take a long time to deliver the food and charge a lot of money for doing so, but also it doesn’t make sense to order small items, like a cup of coffee, or some ice cream.

The application initially started with a single restaurant in Yale University and with only a couple of users, including the founders themselves. Within a few months, though, nearly 80 percent of the university was using the application because of its effectiveness and efficiency. Even before the application turned a year old, nearly the entire university, including the students and the lecturers, were using the application. Before the company turned three years old, it had already penetrated other universities and campuses all over the country, and even in regions in Canada. It is thus safe to conclude that the company’s growth has been astronomical, to say the least.

5. Founders of the company

The company was conceptualized by Ken Tan, who at the time was a student at Yale University. He was studying Physics at the university when he stumbled upon the idea of creating Snackpass. Once he had thought the idea, he pitched it to a friend of his, neuroscience student, and Thiel Fellow, Jamie Marshall, who was so impressed by the idea that he began to work towards it. Eventually, after the company was fully set up and the first users enrolled, Ken Tan took the company’s position of Chief Executive Officer. In contrast, Jamie Marshall took over the role of Chief Operations Officer. Initially, they only had a couple of restaurants in the university as the only members in the app, though, as time passed, the number of members started to grow. Eventually, the company had to start hiring employees and looking for investors to put in money to try to make the app bigger and more influential.

6. Kevin Tan, the founder and CEO

Kevin Tan is the founder and CEO of Snackpass, and he is the one who came up with the idea for the app and then began to ask around to see if it was feasible. He studied at Yale University for four years, between 2012 and 2016, and in that time, he did a bachelor’s degree in Physics.

While at Yale, he was an exceptional student. He was a web developer for the Yale Rover Association, was the Director of Yale Hackathon, was a musician and producer, and was the photographer for the Yale Office of Public Relations and Communications.

Before joining Yale, he was a columnist, copy editor, and intern at the China Daily- 21st century. Because of his ability to speak fluent English and Chinese, the newspaper hired him, and he worked there for two months before going to university.

9. He was a summer fellow

After he graduated, for four months between May 2016 and August 2016, he was a coding mentor at the Yale School of Management in New Haven. He was in charge of teaching web development and coding skills to Yale SOM MBA students.

After he graduated in 2017, he realized his idea of starting an application that could make it possible for people to order food without waiting in line. In May 2017, the application was released, and the rest, as they say, is history.

Jamie Marshall is the co-founder and chief operations officer for Snackpass. He was doing a bachelor’s degree in Neuroscience at Yale University but dropped out in his junior year to focus on building Snackpass. He had also gone to the London School of Economics and Political Science to study Public finance.

13. He went to Moses Brown School.

14. He was an intern at The Gerstein Laboratory.

After dropping out, and before Snackpass picked up, he interned at the Computational Biology and Bioinformatics Research interns at the Gerstein Laboratory at Yale University. He worked in the brain division of the lab, thus suiting his skillset and knowledge, and the unit was in charge of accelerating the discovery of non-coding functional genomes elements in the brain of humans.

Moreover, he has been an intern at CoachUp, a software-based platform that gives an athlete the ability to connect with coaches nationally. The platform also can perform market research and analyze new coaches and athletes. The company is backed by General Catalyst, a firm that would eventually become an investor for Snackpass.

16. Investors in the business

As a result of the business’s early success, many people and firms wanted to become early investors in the venture, and thus the founders were called upon to try and decide on who they were to bring on board to their venture. The names that they eventually put out came as no surprise; they were some of the heavy hitters for investing and trying to grow startups. Perhaps the most famous of these investors was Y Combinator, which is known for facilitating the growth of some of the biggest companies in the world, such as Dropbox, Uber, and Square. There were also other investors, such as Andreessen Horowitz, General Capital, and First Round Capital. Some individual investors link rapper and songwriter Nas, National Football League Larry Fitzgerald, and the talent agent Michael Ovitz. They initially raised 2,7 million dollars to help establish the company in other compasses and to try and make sure that the exponential growth of the app, in terms of the number of users and the number of meals ordered, was sustained over a long period. This, at least to some extent, has been what has happened. The company has been able to continue its remarkable growth, eventually even set up an office. The investors did another round of crowdfunding to raise money for the application and its endeavors to get new users and make sure that they maintain what they already have.

As stated earlier, Snackpass is considered a social commerce platform, meaning it combines aspects of both commerce and socialization. The commerce part is quite easy to understand; they make it easy for people to order and pick up food without waiting in line for a long period of time. However, it should be noted that even before Snackpass was conceptualized, there were a couple of applications and online platforms that offered delivery of meals, albeit that they cost more. They took a long time to make the delivery. Therefore, Snackpass had to develop a way of making their brand more appealing to college students and professionals alike and have an edge over the competition. They came up with a plan that worked to perfection.

The first thing they did was to incorporate the social media aspect into their app. This was, a user can share what they are eating or planning to order with their friends. This creates a sense of community and is a wonderful marketing campaign since friends in the same circle will all have the app, and anyone who doesn’t will fill left out. Moreover, they have a program that allows users to communicate with each other concerning the food they want to buy. This way, people will be able to talk about new restaurants and meals on the platform.

Perhaps the most impressive thing they did in marketing was creating a loyalty reward program for the users. This is two-fold. The app itself has a loyalty program that awards point to users based on the meal ordered, the restaurant it is ordered from, and the cost for the meal. The users can accumulate the said points, and they can eventually cash them in for free meals in any of the restaurants on the app.

The second part of the loyalty reward program is with regards to the restaurants themselves. Restaurants and food vendors registered on the app can put out their own versions of the reward system. for example after every 10 cups of coffee bought at a particular place, you will get one free. All these avenues have resulted in the number of users in the app growing day after day, thus making it possible for the app to promote itself effectively and efficiently without forcing ads and infomercials down people’s throats, which is in many ways counterproductive.