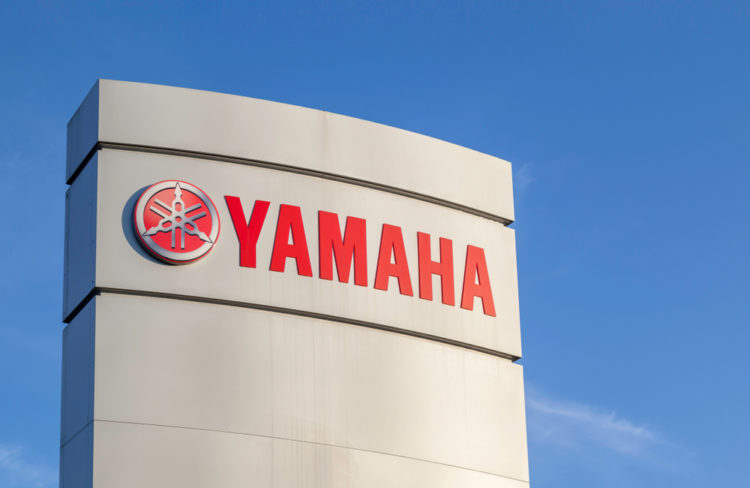 Yamaha is a maker of musical instruments, motorcycles, household appliances, sporting equipment and more. It’s a brand that has been in existence since its founding in 1955. The company is headquartered in Hamamatsu, Shizuoka, Japan. This progressive and innovative brand has one of the most unique logos in the industry. The logo has evolved throughout the years and it has come a long way since it was first introduced. Here is the interesting history and story behind the Yamaha logo.

Torakusu Yamaha is the founder of the company. Early in his career, he was a repairman who worked on medical equipment as well as musical instruments. He saw the potential for his business to grow, but the entrepreneur also faced many challenges. He had the vision to see the development of a multi-faceted corporation. He established the trademark brand name Yamaha, which was his last name, while working on repairs for an organ. The first name of the new business was Yamaha Organ Works because of the specialized work he performed fixing organs. By 1955, the company evolved into the Yamaha Corporation, adding several new divisions. The Yamaha Motor Company established a motorcycle manufacturing plant. The business added lines of powerboats and outboard motor manufacturing by 1960. Through time, lines of various motorcycles, scooters, snowmobiles, ATVs, electric drive bicycles, yachts, generators, water pumps, golf buggies, and more were added. Yamaha expanded its offices to include over 60 countries throughout the globe for an international presence.

The first Yamaha logo was converted from an old logo with its origins going back to the phoenix bird of 1898. It was the representation of the Nippon Gakki Co., Ltd, which was a predecessor of the current Yamaha Corporation. The first logo was a Chinese phoenix with a tuning fork in its mouth. This first basic symbol endured for a few decades undergoing several changes before the first modern Yamaha logo was accepted.

The trademarked 3 tuning forks with the name Yamaha was created in 1927, prior to the development of the Yamaha Motor Company. The three tuning forks are representations of the three major enterprises of the Yamaha Corporation and they and for technology, production and sales. These powerful symbols also allude to the music and sound products for the entire world, which is depicted by the circle that encloses the tuning forks, which also represent the elements of music. The first official modern graphic logo was approved in 1967. It has since evolved in design and aesthetics slightly while maintaining the original elements.

The evolution of the Tuning Fork Mark Logo

The mark was also established as a symbol of the essential musical elements of melody, harmony, and rhythm with the phoenix logo, referred to as the “Ho-oh” symbol. This symbol was adopted after the company had been in business for one year.

In 1916, the logo was changed to a trademark that featured the forks without the phoenix or any other design elements.This was a plain symbol but the same year, an application was submitted for approval with the addition of Yamaha Organ on top of the tuning forks for the organ division of the company. A second trademark application was sent in for the Yamaha pianos division.

In 1927, the Yamaha Veneer wording was added to the sides of a triangular enclosure over the three tuning forks. This remained as the official logo for some time, until 1934 when the corporation adopted the logo for its piano division that featured the image of a black piano within a white circle enclosed in a black circle. The name Yamaha was centered in white on the piano image with the three tuning forks in white above the name. For advertising purposes, the logo incorporated an oval shape with a black background, the piano symbol in white with a round enclosure, the name Yamaha and the tuning forks in the same positioning but in white against black. White symbols were placed on the right and left sides of the smaller piano image until 1959.

Through the years the logo used for advertising Yamaha’s line of musical instruments went through a variety of changes.The tuning fork was smaller and placed above a black circle with a white background and the image of three knobbed batons. At the end of the decade, a more modern logo with just the 3 tuning forks was adopted and offered in either white on black, or black on white without the Yamaha name. The same basic elements were retained in the logo design in 1967 when the Yamaha logos were standardized with a white type and a reverse design.

Evolution from 1998 forward. The fork marks were more unified in 2016

In 1998, the Yamaha corporation established the logo created and approved in 1967 as the Standard logo, but approved special versions of the logo. The name Yamaha was included with the tuning forks image to the left hand side of the logo with the reverse design and the standard version.A few variations were made in the standard accepted version through this time period. The main differences in the logo from this point forward was the color scheme used which varied from the corporate color of violent, to the Yamaha Motor Co. Ltd logo in red.

Yamaha started out under a different name in 1898, and evolved into the present day operation that manufactures and sells a variety of musical, electronic, and automotive products. The modern Yamaha logo maintains one element of the original symbol in the placement of the three tuning forks. Many different representations and styles of the symbol have existed through the decades, but the logo was finally standardized with just a few special logo designs approved. The symbol is easy to recognize and when you know the history behind the tuning forks, it opens up new meaning that makes the symbol even more memorable.