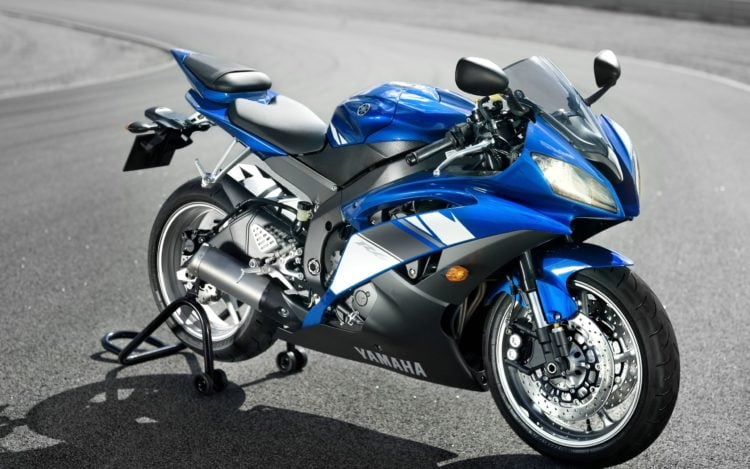 Yamaha is now one of the most famous motorcycle brands in the world. While Yamaha has a long history, this hasn’t always involved the manufacture of motorcycles as this diverse company has been involved in many different ventures since the company was founded. However, it is for this product that they are now probably best-known around the world. This Japanese company is now famous for manufacturing powerful bikes and for its involvement in major racing events around the world. Although you have probably heard of Yamaha motorcycles, there is probably very little you know about the company that manufactures them. Here are 20 interesting things that you probably didn’t know about Yamaha.

1. Yamaha Corporation Was Founded in 1887

Yamaha Corporation is a Japanese multinational corporation and conglomerate that was originally founded in 1887 by Torakusu Yamaha in Hamamatsu in the Shizuoka prefecture of Japan. It became an incorporated company in 1897. Although this company is now associated with a vast range of products, including the motorcycles, the company was originally founded to manufacture pianos and reed organs. This company still produces pianos to this day. 3. The Headquarters Are in Iwata, Shizuoka, Japan

4. 1958 Was When the First Yamaha Motorcycle Was Sold in the United States

5. The First President of This Motorcycle Company was Genichi Kawakami

The First President of the Yamaha Motor Company was Genichi Kawakami and it was this man’s vision that made the company the success that it is today. He was involved in all aspects of the brand development and led the company to become one of the best-known motorcycle brands of today. He worked on the ethos that if you are going to make something, you should make it the very best that you possibly can. Kawakami was the third-generation president of Nippon Gakki, which was the original name of the musical instruments and electronics division that later became the Yamaha Corporation. He had worked through the ranks in the company to achieve such a senior position. Sadly, Kawakami died on May 25, 2002. Despite the loss to the company, his vision lives on in Yamaha. 6. The Motorcycle Concept Originally Came from Machinery for Airplane Propellers

Kawakami wanted to find a use for the old machining equipment that had previously been used to manufacture aircraft propellers. He did lots of research into different ways that machining equipment was used and considered many types of products that they could make using this equipment. Some of the products that he considered included sewing machines, three-wheeled utility vehicles, auto parts, and scooters. While conducting this research, Kawakami visited the United States on many occasions. He finally decided to focus his efforts on creating motorcycles with the machinery. Therefore, the concept for Yamaha motorcycles stems from the machinery used to make airplane propellers.

7. They Made the World’s First Trail Bike

One of the Yamaha Motor Company’s biggest achievements is developing the first bike that is the genre of bike that is now known as the trail bike. They introduced the DT-1 Enduro in 1968. This was the world’s first dual purpose motorcycle as it had both on and off-road capabilities. The creation of this dirt bike had a massive impact on motorcycling in the United States. Yamaha continued to be a leading force in the development of dirt bike technologies throughout the 1970s.

Although motorcycles are the main product manufactured by the Yamaha Motor Company and it for their motorcycles for which they are best-known, these are not the only product manufactured by the company. One of their other major products is the snowmobile and they introduced their first model, the SL530, in 1968. Not only was this Yamaha’s first snowmobile, it was also the first snowmobile in the world with slide valve carburetors. Other products they manufacture include boats and other watercraft, outboard motors, electrical generators, water pumps, go-kart engines, golf carts, recreational off-road vehicles, industrial-use unmanned helicopters, and electrical power units for wheelchairs. 9. They Have Competed in Racing Events Since 1956

Yamaha has a long history of competing in racing events. They first ventured into this arena in 1956. Kawakami believed that a product was not a success until it could prove itself against others in its field and the way to do this was to enter into competitive events. The first event in which they took part was the 1956 Catalina Grand Prix in the United States in which they achieved 6th place. This gained Yamaha a lot of attention from both the public and the media in Japan, the United States, and in other parts of the world.

Like all companies, Yamaha has experienced many highs and lows throughout its history. One of its most successful periods was the 1960s, both in terms of their operations and their involvement in racing. IN 1963, they achieved their first championship victory at the Belgium GP. They were also achieving high sales figures during the mid-1960s and this led to the setting up a subsidiary in Thailand in 1964. This was the first of their international subsidiaries. This was followed by a subsidiary in the Netherlands in 1968. Yamaha also developed its product line and released many new models during the 1960s, which increased options for Yamaha motorcycle fans greatly.

In 1977, Yamaha Motor Company established the Yamaha Motor Company, USA. This was a subsidiary of their company that was related specifically to the production of motorbikes for the United States and focused on sales and marketing strategies targeted at the American market. They created this separate leg of the business as they realized that there are huge differences between the Asian, European, and American markets and wanted a company that would focus on appealing to their customer base in the United States. 12. They Build Automobile Engines for Other Companies

Over the years, Yamaha Motor Company has diversified into many different fields and one way in which they have done this is to build automobile engines for other companies. Some of the car manufacturers who have used engines made by Yamaha include Ford, Toyota, and Volvo. They also manufacture the engines for all the performance-oriented on Toyota/Lexus engines and British Sportscar maker Noble uses the bi-turbo version of the Volvo V8 engine made by Yamaha in their M600.

13. They Developed the EXUP Exhaust System in 1987

Yamaha is known for being at the forefront of technological advancements and for constantly trying to develop their products, in terms of both aesthetics and performance. They have used many innovative techniques to do this and have even designed new products to advance their motorcycles. One of their greatest innovations was the development of the EXUP exhaust system which they launched in 1987.

14. They Produce Engines for Formula One Racing Cars

Although Yamaha is best-known for its participation in motorcycle racing events, they are also involved in the world of car racing as they produce engines for Formula One racing cars, meaning Yamaha is a big presence in all aspects of motorsports. They did this between 1989 and 1997 and the first engine they produced was used by the Zakspeed team. Other teams that have used engines manufactured by Yamaha include Jordan 192, Tyrrell, and Arrows A18. Their engines were not considered successful in Formula One cars as they were deemed unreliable and lacking in power. 15. 8th is Their Best Position at Formula One World Championships

The Formula One cars with engines manufactured by Yamaha have had varying degrees of success at these events but have never won an event. The best position they have achieved in a championship is 7th place. This was in 1994 with Ukyon Katayama and Mark Blundell driving for the Tyrrell Racing Organisation.

16. Star Motorcycles is a Spin-Off Brand

Yamaha has diversified on many occasions and one such diversification was the development of a spin-off brand called Star Motorcycles. This was established in 1995 and is a brand name used for their cruiser series of motorcycles that is aimed at the American market. They do sell these motorcycles in other parts of the world, but they do so using the Yamaha brand name rather than Star Motorcycles.

17. The Logo Represents the Musical Background of the Company

The logo which represents the Yamaha brand is representative of its history and is particularly symbolic of the foundations of the Yamaha Corporation in relation to its production of musical instruments. The design of the logo is based on the tuning fork, which is used to tune instruments such as pianos. Although the logo has changed on many occasions throughout the history of Yamaha, the tuning fork has remained a consistent feature of the logo design. 18. They Have Enjoyed Great Success in Motor Sports

Having first entered into competitive motor events in 1956, Yamaha has gone on to achieve many successes in racing. In total, Yamaha has won 39 world championships. These have included nine wins in the 500 cc two-stroke class, six in the MotoGp, and one in the World Superbike Championship. Another racing event in which they have been especially successful is the Isle of Man TT. At this event, they have achieved a staggering 208 victories. In the Sidecar TT race at the Isle of Man, they have won on 40 occasions, which means they have been more successful in this race than any other motorcycle manufacturer. They also won the AMA Supercross Championship two years in a row. The 2008 victory was achieved by Chad Reed followed by a 2009 win for James Stewart.

Yamaha’s success at racing events is not just down to the performance standards of the bikes, it is also the talent and bravery of the professional motorcycle riders who compete in the events. The current drivers for the Yamaha racing team are Maverick Vinales and Valentino Rossi. Their list of former Yamaha racing team drivers is just as impressive as it includes Ian Hutchinson, Stefan Merriman, Dave Molyneux, Eddie Lawson, Giacomo Agostini, Heikki Mikkola, Bob Hannah, Jeremy McGrath, Kenny Roberts, Phil Read, Ben Spies, Chad Reed, Jorge Lorenzo, and Stefan Merriman.

20. They Are Now a Multinational Company and Large Employer

Since it beginnings in the 1950s, Yamaha Motor Company has expanded significantly. It is now a famous motorcycle brand around the world that is known for both its powerful motorcycles and its involvement in competitive racing. In addition to its main headquarters and plants in Japan, it now has more than 20 subsidiaries worldwide that operate on all the continents. The most recent of these subsidiaries was the operations in the Philippines that was established in 2007. This distributes Yamaha products under the name Yamaha Motor Philippines, Inc. Yamaha Motor Company now has around 53,000 employees across the globe who work in various capacities, from administration to assembly, and from motorcycle design to management. The current President and Representative Director of the company is Hiroyuki Yanagi.