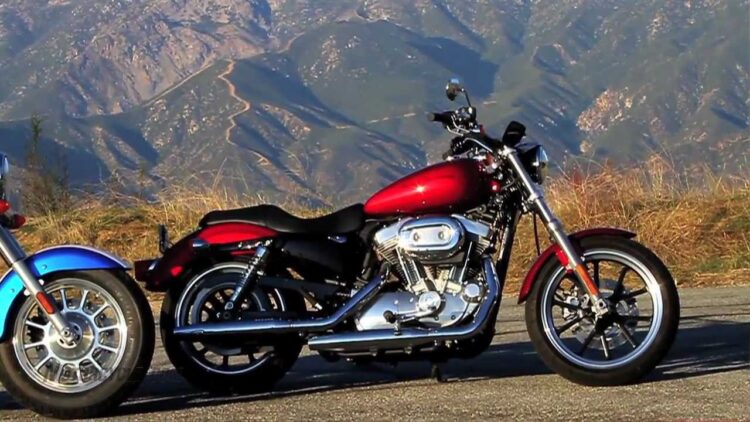 You will love the 2012 Harley-Davidson Sportster Superlow if you fancy low seats. According to Motorcycle, the bike’s saddle is 26.8 inches from the tarmac, making it one of the bikes with the lowest seats ever. Due to its low saddle height, it is the best one for short people. For instance, no one wants a motorbike that won’t let them step on the ground. Stepping on the ground is important since that is how the rider stops the motorcycle. Even though its low saddle height makes it stand out, other useful features of this motorcycle make it one of the best. Here are the specifications of the 2012 Harley-Davidson Sportster Superlow motorcycle.

Before electric start, the only way of starting motorcycles was through kick start. Kick start involves starting a motorcycle by pressing your foot continuously on the ratcheting lever. You need immense strength to rotate the lever. Ultimately, it was replaced by electric start due to how time-consuming it was to power the bike. In an electric start system, you switch on the motorcycle by pressing a button on the handlebar. The button is connected to this bike’s electrical system, which then spins the starter motor. So, you do not need to step on the ratcheting lever repeatedly. However, caution should be taken when starting this motorcycle. According to It Still Runs, you should keep it in a neutral position before starting it. If you do not, you will suddenly lurch forward.

In this lubrication system, extra oil is stored in a tank near the engine rather than in the oil pan. There are two oil pumps in a dry sump; one that pulls oil from the sump and sends it to the tank and one that uses oil to lubricate the engine. Generally, this lubrication system’s primary role is to ensure there is a reservoir for oil. As a result, this system is very advantageous. Since your engine is continually pumped with oil, it will hardly suffer from oil starvation. Therefore, your engine will hardly run out of oil, saving you endless trips to the petrol station. Also, the pumps are easy to replace since they are located outside the motorcycle. That means you will not have to dismantle the bike and replace an internal part. With an endless supply of oil, the engine remains lubricated. Therefore, this motorcycle’s engine will not experience any friction or viscosity. Friction and viscosity tend to slow down a motorcycle, which means you would need to use a lot of power to continue moving. With no friction or viscosity, this motorcycle can take off since it will develop a high horsepower.

Have you ever seen a motorcycle with a bent frame? If you did, its frame was likely not made of steel. Fortunately, this motorbike’s frame is made from steel; hence it can withstand any force. Steel is strong since it is an alloy of carbon and iron. So, if you habitually drop your motorcycle, this is the motorcycle you should consider using. Besides its strength, it is also highly resistant to rust. Most people detest rust because it makes the motorbike look grotesque and old. However, rust does more damage than merely making an object look undesirable. It gradually weakens the metal, and it would eventually collapse. Fortunately, this motorcycle’s frame can withstand force and retain its new look for years.

For an engine to continue functioning, it needs to be cooled. If it is not cooled, the engine will overheat and stop working. To prevent overheating, this motorcycle uses air to cool its engines. In order to trap the air, the motorcycle has fins. They have a large surface area to trap as much air as possible. Since it only relies on air to cool the engine, maintenance or repair costs are cheaper since they have a few parts. According to How Stuff Works, an air-cooled engine does not need a water pump, radiator, coolant or hoses; unlike liquid-cooled engines. So, you would mostly replace the fins. Since the motorcycle does not contain many parts, it is generally lighter than one that uses liquid-cooled engines. That means the motorcycle will be lightweight; hence you will be able to accelerate very fast. Apart from accelerating, you will also be able to ride up a hill with ease. If the motorcycle were heavy, you would roll backwards.

This motorcycle uses a four-stroke engine. Such an engine achieves a power cycle through four processes. Since the engine consumes fuel through four stages, it is more advantageous than a two-stroke engine which only consumes fuel through two stages. For instance, the four-stroke engine is more fuel-efficient since fuel is consumed after every four strokes. The fuel is consumed after two strokes in a two-stroke engine, but there will still be some fuel left. Rather than utilize the fuel, two-stroke engines release the remaining fuel into the atmosphere culminating in fuel wastage. Two-stroke engines releasing fuel into the air is not only bad in terms of wastage but also in terms of environmental pollution. When they release waste fuel into the air, they also release carbon dioxide. Carbon dioxide causes the greenhouse effect. The phenomenon occurs when the gas soaks up heat from the sun’s rays and prevents the rays from reflection. As a result, the heat levels intensify.

What is a problem that most motorcyclists face? You would be right if you said that their motorcycles do not take off as fast as they would hope. First, it begins with the ignition process. In motorbikes that use kick start to start, they take too long before they can move. That means some could kick start their motorcycle for nearly five minutes before taking off. Also, a motorcycle may not take off due to low horsepower. With a low horsepower, you will be unable to overtake another vehicle. Thankfully, this motorcycle delivers high horsepower due to its lubrication system. So, if you need a motorcycle that will not disappoint in terms of speed or acceleration, the 2012 Harley-Davidson Sportster Superlow is the motorbike to get. 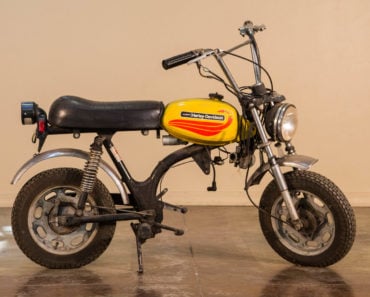 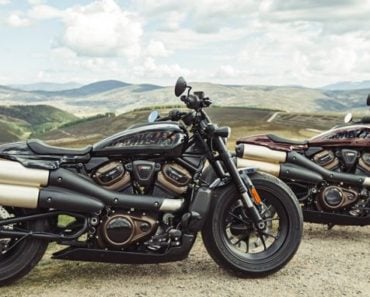 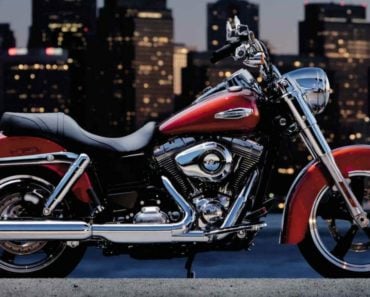 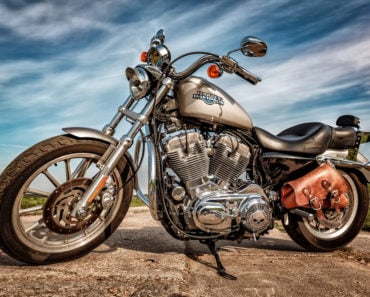 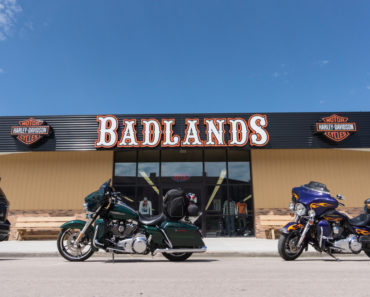 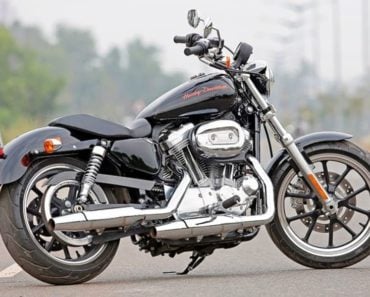