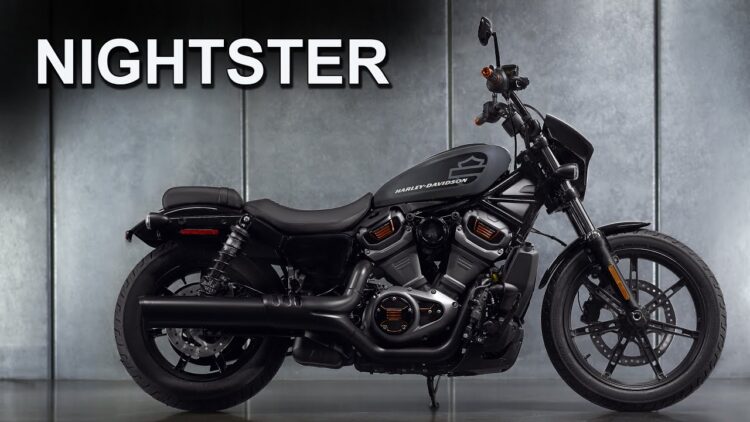 Harley Davidson was founded in Milwaukee Wisconsin in 1903. It was one of two, Indian being the second, that lasted past the Great Depression. Moreover, the company has seen several changes in ownership. Even with the ups and downs of the company, it has always been known for its distinct style and commitment to quality and craftsmanship. Most of the company’s offerings are imposing bikes well suited for those who want to make a statement. Today, the company has several factories around the world including Pennsylvania and Brazil. You will find Harley’s on every road in the world as well as a lot of merchandise that pays tribute to the iconic brand. One line of the company’s motorcycles is called the Sportsters. According to Low Brow Customs, in 1957 the first one was made available for purchase. The model was an offshoot of the Model K series which was introduced five years earlier. The Sportster was known as the XL and had a similar frame and fenders. Now, Harley Davidson has taken the Sportster to the next level with the 2022 Harley-Davidson Nightster RH975; let’s take a closer look.

In April 2022 HiConspumption ran an article about the newest in a long line of impressive vehicles. In it, they talked about the origins of NIghtster RH975 and how the initial name was first used in 2007. Additionally, the model is an upgraded version of one of the company’s most popular models. Throughout the company’s history, they have been masterminds of marketing, so it’s no wonder they would correlate the release with another event. The company has opted to let go of its Iron 883 bike and replace it with the newer, shinier Nightster. It will be the first time that a Sportster is crossed with the Revolution powerplant. Many fans of the motorcycles feel that this will usher in a new generation of not only bikes but potentially riders. Another reason Harley Davidson is retooling one of the most memorable models is that emission standards are changing, and they want to make their bikes the first choice for riders without concern for passing this important aspect.

One of the earliest incarnations of the bike was the Evo Sportster. Although they lack the technology of the latest model, they were made in such high quantities, they will always be a great option. However, instead of going with the tried and true model, many are choosing to up their game with a motorcycle Revzilla calls “the smallest and most affordable Rev max with the 975T.” The 975, unlike the larger Rev Max engines, has only one spark plug per cylinder and variable valve timing on the intakes. Redline is a boisterous 9,500 rip ’ems. For its 12:1 compression ratio, the Nightster necessitates 91 octane. These sensors enable the bike to run on lower octane gasoline with reduced performance.) The Revolution Max has a few features that hint at future performance parts, such as chamfered cylinder bases for toolless piston installation and cams that can be swapped without disassembling the camshaft drive. Intakes and exhausts are already on the market.

When you first glance at the Nightster, it’s hard to miss the feature that most closely resembles the Sportster, the shape of the airbox cover which matches the one on the Sporters as well as the Ks. The wheels are a standout feature. The front wheels are 19 inches and the back is 16 which is a lot like its predecessor as well. This key feature of the design was incorporated to give “nimble performance” and “distinctive style,” according to Harley Davidson’s website. The dual shocks are another nod to the Sportster models, boasting a similar chassis. They also give an updated style to the bike since it appears so sleek against the rest. With all of the features, the rider is going to need an engine that can keep up. The Revolution Max 975T is a liquid-cooled V-Twin that has an ample amount of torque and keeps RPM low. This allows the rider to not only accelerate quickly but also to start without an initial slowness. Another thing that separates the Harley Davidson Nightster RH975 from other models in the frame. It doesn’t use a standard hoop style. What the company chose instead is a powertrain which is used as a stressed member. Utilizing something like this makes the weight go down. With a lighter bike, there is more room for acceleration.

All About The Riders

Harley Davidson strives to make sure all its riders feel comfortable and will look at the company when seeking out new rides. So, for the Nightster RH975, they added a bevy of safety features utilizing some of the latest technology. The Rider Safety Enhancements are there to make sure the motorcycle performance matches the road they are on. The system is electronic and relies on chassis control as well as brake control. The company also took care of engine location. It is centralized on the bike allowing the overall weight to stay low and making the bike feel lighter than it is. This will help the rider when they are going around a tricky turn or at low speed. You can purchase the motorcycle for either $13, 499 for the Vivid Black or $13, 899 for the Gunship Grey or Redline Red. This website provides the links for pre-ordering it. When deciding to get one of these models you are choosing a motorcycle from one of the most well-known companies in the world. Even though the model in your garage may be one of the newest, components from other successful models are what make the Nightster 975 such a classic in the Harley Davidson realm.