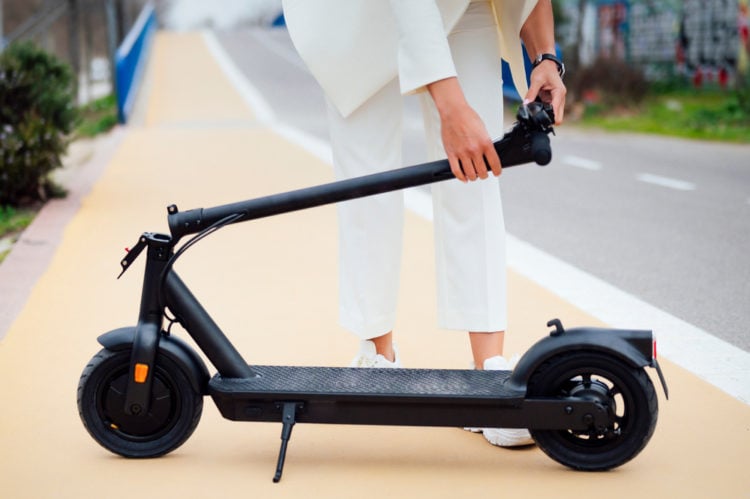 Voi is a startup that provides electrically powered scooters for consumers. It’s classified as a micro-mobility startup. It offers last-mile transportation options for those who frequently make short commutes, such as urban travel and around large college campuses. The solutions that it offers are timely and eco-friendly, which are both attractive features in today’s transportation market. If you’re hearing about this company for the first time, here are 20 things you probably didn’t know about Voi to bring you up to speed.

1. Voi is a young company

According to Crunchbase, Voi is a new tech startup that is still in its infant stages of development. It was officially launched as an active company in 2018. It’s only been in operation for three years. Timewise it is still in its infancy, however, it has grown and expanded in its size and value past many businesses that have been established for decades.

2. Voi is a versatile startup

Voi is listed under five main industry headings. It is an electronics company that is also categorized as an electric vehicle enterprise. It provides public transportation as well as rentals in the larger transportation industry. Scooters are offered as fleets that are available for consumer rental to keep the costs of use down. Rentals require a small fee versus the outlay of cash for the purchase and ongoing licensing and maintenance. They offer an economical means of last-mile transportation on a rental basis. The scooter is returned to the owner when it is no longer needed.

3. Voi is a European company aiming for sustainability

Voi is headquartered in Stockholm, Sweden, which makes it a European startup. It is also known as Voi Scooters, VOI Technology, and by its legal name VOI Technology AB. Most refer to the company simply as Voi. One of the goals of Voi is to create a sustainable enterprise. The electrical powered scooters are useful for reducing the carbon footprint left in cities. Every electric scooter that is used replaces one larger vehicle that emits carbon pollution into the air. Voi is creating a more sustainable transportation network that is also more affordable than some other types of transportation.

Voi was established by a group of five entrepreneurs. The group includes Adam Jafer, Douglas Stark, Filip Lindvall, Fredrik Hjelm, and Keith Richman. Each of these business professionals shares one thing in common, besides ownership of Voi. They are first-time entrepreneurs. This is the first company that the five have founded. Although none of them had launched a business before, each brings a unique set of professional business skills and knowledge to the mix.

6. Voi has a four-member board of directors

The Voi website uses a complicated arrangement of technologies to power its website. Although it’s a lot to keep straight, the IT team keeps all fifty of these tech products running smoothly for a seamless user experience. Some of the technologies actively used include Google Analytics, Viewport Meta, iPhone Mobile Compatible, and dozens of others. The overhead expenses for Voi have not been shared, but they likely cost the company in the tens of thousands annually.

8. Voi maintains uniqueness in the industry

Voi has secured two registered trademarks in the vehicles category. The trademarks prevent others from legally copying or imitating closely the technology and styling used in their scooters. This gives them an edge over competitors that helps the company to stand out from all of the others.

The analytics that records the activities on Voi’s website shows that the site receives an average of 118, 504 monthly visits from browsers throughout the world. These are the latest figures for the past thirty days. The numbers show a decline in the monthly visits growth of 22.74 percent. The traffic flow gives Voi a ranking of number 245,856 of the millions of websites that are registered on the world wide web. It’s up there with some of the larger companies. It’s always good when you get a traffic flow of more than one hundred thousand even in a decline period.

10. Voi is the most popular in Germany

The analytics for Voi shows that twenty-nine percent of the visitors to the website originate from the country of Germany. Twenty percent of the web traffic comes from Sweden, the country of its origin. Sixteen percent are from the United Kingdom. Nine percent of the website visitors come from Norway, and nine percent are from the United States. This is valuable information that lets the key decision-makers at Voi know where the greatest amount of interest in their products and services is coming from. The tracking of ups and downs is usually accounted for by social trends such as summer vacation time, or even by economic slumps.

Investor confidence in Voi’s likelihood of generating a solid return on investments is high. Voi has participated in eight rounds of fundraising and has attracted the interest and support of twenty-five investors. The numbers are fairly remarkable given the fact that the company has only been in business for three years. Although some investors prefer to remain anonymous, there are three lead investors and some of them include BaldertonCapital, NordicNinja VC, Stena Sessan, Project A Ventures, Creandum, and Inbox Capital.

One of the shared goals for Voi is to use its micro-mobility platform to improve the safety of the users. The recent influx of funding is already earmarked for further research and development into technologies that will enhance safety and prevent users of the scooters from riding them on the sidewalks, as well as ensure that they properly park them when they are not in use. These are a few of the early issues that the company has identified as being problematic, but they’re attempting to find solutions through advanced technologies.

Voi has recently entered into a partnership with an Irish startup company called Luna. The pilot program was launched in Northampton, UK with the two working on new technology using computer vision software to prevent users from riding in areas where they are not supposed to be. They’re pioneers in that technology and are currently leading the path forward. They estimate that within a year, their fleets will be equipped with the new safety technology that is designed for use with bikes.

Although Voi is working with Luna, the company also plans to strike out on its research and development. It’s Voi’s goal to develop its proprietary technology. They want to own it, and one way to get it would be to acquire Luna, the current pioneer in the field. Leadership and advisors are considering making this move in the short term. Voi is exploring ways to create a next-generation scooter that will come equipped with built-in computer vision technology versus retrofitting the new gadgets to existing models. It would be more efficient for Voi to take this action.

16. Voi is currently active in the UK and Europe

So far, Voi has expanded its operations throughout the United Kingdom and in various countries in Europe. It maintains a fleet of scooters throughout seventy major cities in these regions, but this is just the beginning. They plan to use the recent funding proceeds to expand yet further. They’re looking at partnering with more cities while maintaining the agreements that are currently in place. Technology that will solve current safety, parking, and sidewalk clutter issues are being developed to win the support of more cities. Voi is adding more parking racks that are customized to accommodate the scooters they produce with one hundred more installed in areas of Stockholm, per the request of the city. There are currently more than three hundred parking racks installed throughout regions of the United Kingdom for Voi’s scooters. They’re making progress but there is still much more work to be done.

According to LinkedIn, Voi employs a workforce of 542 employees. It’s a larger company that is growing as we speak. They’ve listed eighty-seven new job openings for the enterprise. Many of the new jobs are to grow its workforce in various parts of Germany with some listed for France, Belgium, Sweden, Italy, Norway, The Netherlands, England, and Denmark. Voi is moving swiftly to grow its presence throughout Europe.

18. Voi is a privately held company

The owners of Voi have opted to remain a privately owned enterprise. You won’t be able to find listings of Voi on the public stock exchanges. They’ve decided not to go private with Voi. The startup is doing very well with its private venture capital funding as investors supply the funding needed for its ongoing spurt of growth.

Voi reached a new milestone in June of 2020. June 2020 is the first month since its inception in 2018 that it turned a profit. It’s remarkable for a transportation provider to accomplish this feat in just two short years. The EBITDA margin made it to double digits with a strong return. After a brief hiatus from the Covid-19 slowdown, the company rebounded and came back on track. The revenues from 2019 through 2020 accelerated by fiftyfold. The numbers are looking good, but this has been the case since Voi first launched its business. Scooters allow riders to maintain social distancing, even when the streets are crowded in urban areas. Voi has experienced an ongoing growth spurt that started with its launch except for a few slowdowns from shutdowns. Voi continues to make forward-moving progress since day one. Voi is looking forward to 2021 being its first full year of profitability. That’s an accomplishment for any new startup that is only three years old. Voi has made it through the make or break period and comes through with flying colors.

20. Voi is a startup to keep your eye on

Currently, Voi is only available throughout Europe and the United Kingdom. It’s still busy growing and expanding its reach throughout these regions. We fully expect this startup to advance its status to a unicorn. For now, Voi is playing their cards close to the vest. They have not yet disclosed the valuation of the company. Now that it’s fully profitable and still receiving venture capital funding, it’s likely that Crunchbase’s assessment of it as an emerging unicorn is correct.