Home
Lifestyle
Watches
Meet Mark Hackman: The Man Who Gets to Buy Watches for a Living
Prev Article Next Article 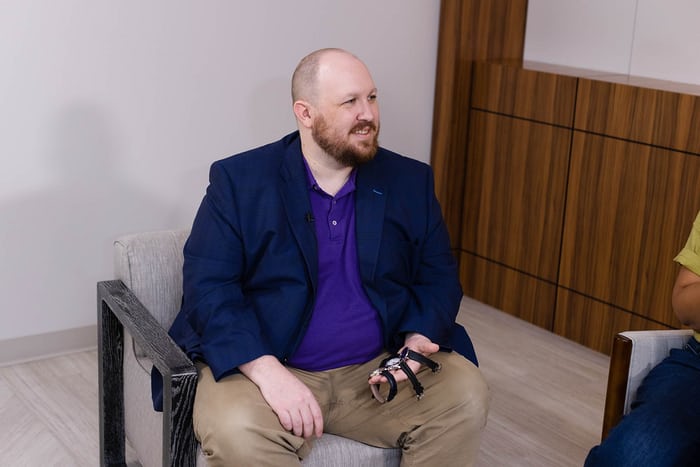 People who genuinely fall in love with some of the world’s most impressive watches usually do so because they have a love for the craftsmanship that goes into creating them. For some, it is a lifelong passion. For others, it’s something that they come to relatively late in life. One special individual, Mark Hackman, has loved luxury watches since he was a kid. At the time, he probably never dreamed that he would eventually become a watch buyer for such an esteemed company as Crown & Caliber, but that is precisely where he finds himself today. His journey has been an interesting one. More importantly, it is one that continues to evolve with each passing day.

The very first watch he ever got involved one that his father gave him when he was a child. At the time, he readily admits that he didn’t know anything about watches, other than he absolutely fell in love with the watch his father had given him. He wore it everyday, much like his father wore his own watch on a daily basis. When he was young, he knew that he loved watches but there wasn’t an opportunity to work in the field he currently works in like there is today. The pre-owned watch market has changed a great deal in recent years. Things have become possible that simply weren’t possible 10 or 20 years ago. Throughout his childhood, he continued to wear the watch that his father had given him, but it wasn’t until his wife gave him a watch that had previously belonged to her late father that he discovered he had a real penchant for researching everything possible about watches.

The Watch That Changed Everything

The watch that his wife had given him was a Rolex made in 1964. According to Hackman, it had a black bezel and was one of the most visually stunning pieces that he had ever seen. She gifted the watch to him in 2007 and while he loved it, he knew virtually nothing about it. Aside from knowing that it was a Rolex and that they make good watches, the rest was a mystery. He made it his mission to find out everything that he could about it. He himself has commented that it wasn’t as easy to do the research back then as it is now, as there was not a great deal of information available online about virtually any type of watch. That has changed for the better in today’s world, but back in 2007, he had to put in some serious time and effort in order to properly research the Rolex that his wife had given him. As it turns out, he was really good at finding information and he devoured everything that he could get his hands on. He quickly discovered that he had something of a gift for this type of work. That is what eventually led him to the position he holds today.

Finding The Job Of His Dreams

During the time that he was doing research on the Rolex, he came across a company called Crown & Caliber. As soon as he learned that they specialized in buying and selling pre-owned watches, he began to dream about what it would be like to work there. He patiently waited for a suitable position to come open and then interviewed for it, landing the job. Today, he holds the position that allows him to do what he loves best, buying and selling high quality pre-owned watches from all over the world. He even has an Instagram account that is dedicated to his efforts, often documenting some of the most interesting watches that he has ever purchased. He also shows his sense of humor, commenting that while he is very good at buying watches, he’s not so great at taking photos. Nevertheless, his Instagram page reads like a who’s who of some of the most unique watches that have ever been manufactured, many of them timepieces that are rarely seen.

These days, he is loving every minute of his professional life. In addition to looking for and purchasing some of the most interesting watches in the world, he routinely documents his adventures on a special YouTube channel that is run by Crown & Caliber. Unfortunately, he says that he has done a great deal of his work during the time that the pandemic has been at its worst, which often makes sourcing watches from all over the world challenging. It also means that there are times when heartbreaking stories are attached to those watches. It’s quite ironic that a man with such a vivid sense of humor is sometimes faced with such a tragic story when it comes to buying a particular watch, but he has learned how to balance both the high points and low points of doing such a unique job during a time that is unlike anything people have ever faced before. At the moment, he looks forward to those small steps forward that bring everyone closer to some sense of normalcy, all while continuing to source the best watches from all over the world.

One thing is certain. There aren’t exactly a lot of people who have the type of job that Mark Hackman enjoys. One of the biggest reasons that there are so few people who do what he does is that there just aren’t a lot of people who possess the necessary level of knowledge and qualifications to do it accurately. The fact that he is self-taught and managed to land a job at one of the most prestigious pre-owned watch companies in the world speaks volumes. When it comes to passion, there is no one that is more passionate about buying watches than he is. Even when he isn’t buying watches for Crown & Caliber, he and his wife are looking for and purchasing watches for their own private collections. That is precisely what makes him a near-perfect fit for the job that he holds, one that he hopes to continue doing for years to come.