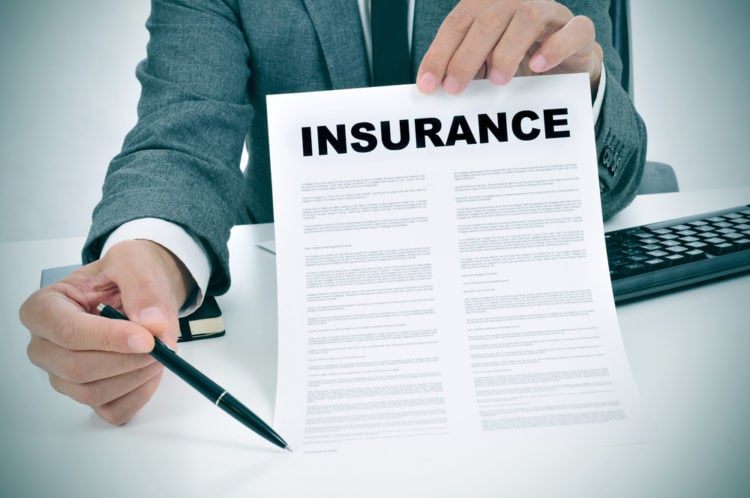 Marshmallow is a European insurtech startup that is one of the few of its kind in the EU that is privately owned. The company maintains control over the value chain from sign-up to pricing and fulfilling claims. It’s a modern company that operates within an archaic industry. It’s a tech-driven company that started with auto insurance and expanded its operation to include multiple insurance products. It’s unique within the industry in Europe because of its status as a private insurtech. If you’re not familiar with this company here are 20 things you probably didn’t know about Marshmallow to bring you up to speed.

1. Marshmallow is a young company

According to Crunchbase, Marshmallow was founded in May of 2017. The business has been in operation for four years. It is still in its infancy stages of development but has achieved remarkable success for a young startup. When many other new businesses are failing in their first few years, Marshmallow is thriving. The company is based in England with its headquarters in the city of London.

2. Marshmallow is a versatile Fintech company

Marshmallow is categorized across five industries. It is a FinTech company that provides technology-based financial services, as well as Insurance. It also falls into the Finance and Financial Services categories, and InsurTech. In the short time that it has been in operation, the business has branched out from its initial offering of auto insurance to include many other insurance products.

Website traffic volume serves as an indicator of the amount of interest shown in a company. The analytics for Marshmallow shows that the number of monthly visits to the website is on the rise. Over the past thirty days, there were 151,229 visitors to the Marshmallow website. This reflects a monthly visits growth of 35.5 percent. The Marshmallow website is ranked number 205,368 of the millions of websites registered on the world wide web because of its high traffic volume.

5. Marshmallow is the most popular in the United Kingdom

The core executive leadership team at Marshmallow includes six members. Alexander Kent-Braham is a co-founder. Oliver Kent-Braham is a co-founder. David Goate is the chief technology officer. Will Neale is an Investor. Eileen Burbidge is a director. Tim Holiday is the chief executive officer. Although the team is small, they are a dynamic group with a proven track record of success in their industry. They are supported by a larger team of executives and managers.

7. Marshmallow is a venture capital-backed enterprise

Marshmallow has participated in four rounds of venture capital fundraising. The most recent round of Series B fundraising was completed on September 7, 2021. The company has raised a total of $116.2 million in support from its investors.

8. Investor confidence is high in Marshmallow

Marshmallow has been successful in attracting a total of 8 venture capital firms and private investors to support its fundraising efforts. Three of these 8 are lead investors. Investec and Passion Capital were the most recent investors to come on board with fundraising efforts. Others include Scor, Future Fifty, Outrun Ventures, Will Martin, Will Brooks, and Chris Adelsbach. These investors have put more than a hundred million into the future of Marshmallow because of their belief that it will provide them with a healthy return on their investments in the future. The details of the fundraising agreements have not yet been disclosed. It is assumed that in exchange for funding, each investor has received a guarantee of a minor stake in the profitability of Marshmallow as the company continues to grow and expand its operations.

9. Marshmallow is a privately held enterprise

Marshmallow is a privately owned InsurTech company that is still under the control of its founders. They have retained control of the business and have not yet filed for an initial public offering. That is the reason why you will not be able to find shares of Marshmallow stock listed on any of the public stock exchanges. It is backed by private investors. It is not yet known if the owners are entertaining the notion of taking the company public in the future. No public discussions or press releases indicate that this could be a possibility at any time soon. It is assumed plans are to continue with its private status.

10. Marshmallow is a unicorn startup

Marshmallow has gone over and above the expectations for a four-year-old company. It has achieved a $1.25 billion valuation that establishes it as a unicorn company. It joined the exclusive group of elite companies that achieve a $1 billion valuation or more and exceeded the requirements for inclusion in the group. It’s rare for any new startup to grow and prosper this quickly. This shows how timely and relevant Marshmallow is for the citizens of the United Kingdom.

11. Marshmallow is a black founded and lead company

The spotlight on diversity shines brightly on Marshmallow because it is one of very few startups in the United Kingdom to achieve unicorn status and be started by black persons. The co-founders are brothers Oliver and Alexander Kent-Braham, who are also identical twins. The remarkable partners have become very wealthy because of their wise investments in their InsurTech startup.

12. Marshmallow is disrupting the auto insurance industry in the UK

Marshmallow is providing a new approach to car insurance for people who live in the United Kingdom. Its platform uses a sider set of data points with algorithms that bring in a more diverse group of customers. They also offer competitive rates as one of the few privately owned insurance companies in Europe. The new and different platform makes it easier for people to obtain insurance coverage and it gives them more choices through the use of technology that is infused into the platform. The modern changes it offers contrast sharply to the other providers with their old traditional and archaic systems. It has the potential to become a major disruptor in the European market of the insurance industry. Their approach is still novel and one that consumers are growing fond of.

Marshmallow has achieved remarkable success in the insurance market over the past 12 months. Reports show that it has almost quadrupled in value over the past year. Its valuation was set at $310 million and has reached a new high of $1.25 billion. Within the past six months, its number of policies issued has gone beyond 100,000 showing a growth rate of one hundred percent. Consumers are pleased with the opportunities that Marshmallow affords them and they’re taking advantage of the cost savings in record numbers.

Although still a young business, and quite successful, Marshmallow’s ownership has plans to enhance its customer service and deepen its existing relationship with consumers. They’re developing a strategic plan to help provide more engagement with their customers to help them to become better drivers. This is a plan that also includes a component to potentially sell more products and services to existing customers. It’s a growth strategy that includes benefits for both Marshmallow and its customer base.

As a part of its goal to enhance its relationship with clients, Marshmallow has plans to build incentives into its insurance products. It plans to launch new products aimed at younger users. The current average age of Marshmallow clients is between the range of 20 to 40 years. They’re hoping to build long-term value and establish loyalty by forming relationships with young customers, and retaining them throughout their life cycle. They’re currently looking into personal and wellness incentives and programs to add value to existing services and products.

16. Marshmallow plans to expand outside the UK

Marshmallow’s leadership has confirmed that they’re currently engaged in planning for international expansion. They’ve not indicated which countries they plan to enter first. Leaders of Marshmallow did state that some of the funding recently received will be used to reach these goals.

According to LinkedIn, Marshmallow’s workforce currently includes 154 employees. The startup is following through with its plans for growth and expansion by offering 26 new job openings. While it’s not a hiring frenzy, it does represent an increase in its workforce of not quite 20 percent, which is a substantial increase. We assume that the company is building up the infrastructure at its home base because all of the current job openings are for the headquarters located in London, England. So far, they’re not listing any new job openings in other countries. It takes time to organize when opening insurance operations in foreign countries because of the required licenses and permissions. Marshmallow has not released any information on its progress in this area yet. We assume that the international expansion strategy is still in the planning stage.

18. Alexander Kent-Braham is a serial entrepreneur

Alexander Kent-Braham, the co-founder of Marshmallow, is a serial entrepreneur. Before founding Marshmallow, he established a company called Reel Money in January of 2012. It was a lottery startup that he maintained for two years and six months, leaving to pursue other business endeavors in June of 2014. He brings years of business experience to the table. He served as an analyst for Quality Capital Management from July of 2014 through June of 2015 in London. He also worked in product for a company called Yoti Ltd from 2015 through 2017. It’s a high-growth tech startup that focuses on ID. He left this job to start Marshmallow with his brother.

Oliver Kent-Braham attended Reed’s School as a youth. Upon graduation, he entered the Bristol Business School. He studied entrepreneurship and earned his bachelor’s degree in the discipline. Oliver intended to become a business owner and geared his college education toward that goal. His first job was with Investec, one of the investors for Marshmallow currently. He worked in the leveraged finance division . he also worked at Yoti Ltd. and co-founded Reel Money with his brother Alexander Kent-Braham.

Marshmallow is a unique business in the UK for a few reasons. It’s the second startup in the UK achieving unicorn status founded and led by a black person. Hopefully, this trend will turn the tides and open up more business opportunities for entrepreneurs of color to find success in their chosen careers. It’s changing the insurance industry and Europe, and it’s planning to expand internationally in the months and years to come. It’s a company that is on the fast track to becoming a leader, an innovator, and a disruptor in the insurance industry.