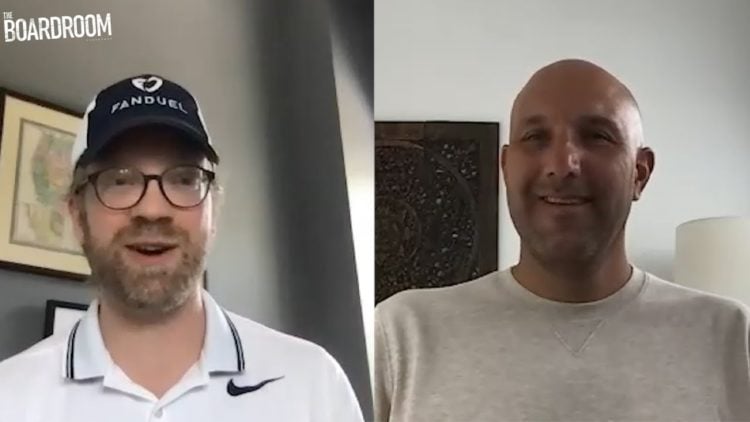 If you know anything about the world of investing and finance chances are you have heard of Matthew W. King, aka Matt King. For those of you less familiar, Matt King is the young FanDuel CEO who seems to have gained a bit of attention from everyone. Since 2017 he has sat at that particular helm and managed to take the online fantasy sports game to great heights, according to Bloomberg. But FanDuel is a topic for another piece entirely. For now, let’s take a closer look at the guy running the proverbial show and rocking things for those who love the platform. For the sake of learning more about the man, we have compiled a list of ten facts about the life and times of Matt King. Hopefully we answer any questions you currently have in your head, but if the following contribution doesn’t, we’re fairly certain it will teach you something new about a young man who seems to have grabbed the business and investing world by the…shall we say…big bucks?

A Little Bit of Background Information

When it comes to individuals involved in the world of finance, it is sometimes difficult to track down information that has a very personal nature. Family facts and most life history seems to come out only over the passage of time. We do know that from 1997 to 2001 Matt attended North Carolina State University, where he studied Mechanical Engineering and earned his Bachelors’ degree. From there he was Business Analyst for McKinsey & Company, and he stayed with them for two years.

A Decade At KKR

As you may have guessed, King has more he can chalk up to experience than his education and those beginning years. After McKinsey & Company he went to KKR, an American global investment company. During those years he wore a series of different hats. For the first two years he was an Associate, then in 2005 he became Principal, a position he remained in until 2009. In 2010 he moved up to a directing position, where he stayed for another 4 ½ years, at which point he left for FanDuel. It should also be noted that during his time at KKR he spent two years working in an additional position: From 2006 to 2008 King was an Operational Consultant for Accellant. As you can see, this man has plenty of experience with finance. Let’s take a look at his time with FanDuel, shall we?

The truth of the matter is that King had a prior stretch at FanDuel in another position before taking yet another position with another company. At FanDuel he acted as Chief Financial Officer from 2014 to 2016, at which point he made a change and spent a year at Cottingham & Butler the President of Regional Operations & Corporate Development. This was not something he did for long, however; King left only a year or so later and returned to FanDuel as Chief Executive Officer in 2017.

Another fact brought to light by Comparably is Matt King’s FanDuel CEO Rating. This rating is given by his employees to give an idea of his standing with those who work for him. In Matt’s case, 17 of his employees rated him, giving him a score of 71 points out of 100; this puts him in the top 35% in the United States which have between 1001 and 5,000 employees. Regardless of that particular percentile, that score puts him in the top 50% of companies operating in New York, and since that is where FanDuel is based, it actually says a lot. The article goes on to say that this score can be broken down into further categories, such as ethnicity, department, and even gender; when this is done it is easily seen that he is rated better by his male employees than he is by the women who work for him. His final score with all combined is 76 out of 100.

The Long Arm of the Law

A year after King joined FanDuel it seemed that a bit of the bottom began to have some issues. According to Legal Sports Report, the four original owners of FanDuel sold the company to Paddy Power Betfair for more than $100 million, but a month after the deal was finalized, the original owners sued Paddy Power Betfair (PPB), claiming they received nothing from the sale. But court documents claim that Matt King and several others executives literally made out like bandits when the deal was done…to the tune of millions. Fortunately for King and his clan the suit was unfounded, and eventually the plaintiffs dropped it altogether.

Well, we would hope so, but that’s not quite where we’re going here. In an article by Weston Blasi of Market Watch, the online magazine discusses any losses FanDuel may suffer due to reality betting done by fans during Superbowl. It is stated the company is more technological than it is casino-based, and he doesn’t mind losing money to the Superbowl because the love for the sport is real. In a nutshell? It’s worth it to him to lose that money, really.

He Likes His Games Live, and His Sports Betting the Same Way

Yes, Matt King likes football, but he really loves to see the games live. He saw the 49ers and Chiefs go head-to-head in Miami a few years back, but he was in that city for more than that. It seems that he was also there to talk about sports and his love of betting on sports, as well as the enthusiasm of others at FanDuel. Sports betting was illegal in Florida at the time of his visit.

What About His Net Worth?

This can be a touchy, because many of these executive types like to dodge having to divulge this type of information. We can, however, make some pretty safe deductions and come to a pretty close conclusion all on our own. Vox discusses this at some length, while Comparably states that the average FanDuel exec pulls in a little more than $210,000 per year. With this in mind, we can safely assume that King is pulling in a cool $400K or more, easily. And the way it looks, things have a great chance of only getting better for the man in the future, if he keeps going this way.\

Where Does He Live?

There isn’t much out there on King’s personal life, this is true. But what we do know is that FanDuel is headquartered in New York, and by all accounts, Matt was put there when he took the CEO position. We can guess he doesn’t live too far from the place he makes the doughnuts, so New York or the surrounding area is a good answer, in our book.

Goals For the Future

Matt King has some pretty straightforward dreams for tomorrow. He wants FanDuel to continue to grow, and he wants legalized sports betting that fans can participate in without issue. He has been actively working toward this goal in many ways, and the way things are loosening up when it comes to this topic, he will likely get what he wants. If you’re a betting sports fan, you’re certainly seeing things his way.

Well, now you know a bit more about a man who is working to make sports betting more accessible and fun for those interested. While this is considered something of serious topic, with those who strongly oppose this mission, FanDuel keeps pressing on to bring the bettors what they want: A platform that makes sports betting fun and easy to do. If you’re interested check out FanDuel and see what’s happening in sports today.