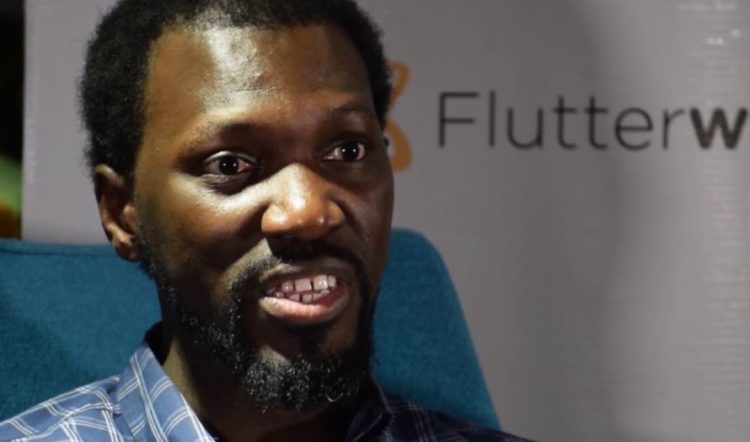 Olugbenga Agboola is the co-founder and CEO of Flutterwave, a US-based company that works in partnership with African financial institutions to simplify payment solutions for global merchants. Having recently achieved unicorn status, Flutterwave is now set on expanding its footprint across North Africa. Prior to launching Flutterwave, Agboola worked with numerous financial and fintech companies, including Google, PayPal, and Standard Bank. A serial entrepreneur with two successful startups to his name, Agboola is one of 2021’s biggest names to watch. Find out more as we uncover 10 things you didn’t know about Olugbenga Agboola.

1. He has more qualifications than you can count

If there’s one thing Agboola has in abundance, it’s qualifications. Just how he’s managed to find time to run banks and launch companies is a wonder when you consider just how much of his life he’s spent at university. In addition to studying on the Strategic Marketing Program at Northwestern University – Kellogg School of Management, he’s also participated in the Management Program at The Wharton School, the Project Management and Advanced Computing Program at the University of Westminister, and the Executive Program in Technology Operations and Value Chain Management at MIT Sloan School of Management. If all that wasn’t enough, he also has an MSC in IT Security Science from EC Council University.

When the second annual TIME100 Next list (an expansion of the TIME100 list that showcases the 100 emerging leaders who are shaping the future) was recently published, Agboola was fortunate enough to make an appearance as one of the leading innovators shaking up the status quo and reshaping the world of business. It’s not the first time he’s been singled out for praise – in previous years, he’s also made it to Fortune’s ’40 under 40.’

3. He built his career in the financial sector

Prior to launching Flutterwave, Agboola spent years in the financial sector, working in various capacities for banking institutions like the Royal Bank of Scotland, Standard Bank Nigeria, and Sterling Bank along with tech giants like Google and PayPal. After developing numerous payment solutions that were successfully rolled out across various parts of the world, he began to consider how he could implement those same kinds of solutions in Africa. At the time, there were several payment systems in use, but their fragmented nature meant that consumers had few affordable options by which to make payments across platforms or countries. His determination to address the situation eventually led to the creation of Flutterwave.

After spotting a gap in the market, Agboola launched Flutterwave in 2016. His goal was to address the highly fragmented nature of Africa’s payment infrastructure by creating a single-use payment solution that would allow any merchant or small business to accept payments without having to deal with the problems of using multiple payment providers. It proved an instant hit. Within just four years of its inception, Flutterwave had expanded its presence to include over 15 countries.

5. He describes his leadership style as “Empathetic Leadership”

If Agboola was asked to describe his leadership style (as indeed he has been, multiple times over), he’d describe it as “Empathetic Leadership.” Unlike some companies that see their employees as disposable resources, Flutterwave prides itself on its very woke approach to human resources. According to Agboola, Flutterwave’s success owes itself entirely to its people, not to mention a recruitment policy that aims to attract people who are commuted to the company’s five central values of maintaining customer focus, building trust capital, loyalty, respectful communication, creativity, and innovation.

6. His advice to entrepreneurs is to stay true to their path

As success stories go, Agboola’s is up there with the best of them, something which makes his advice to fellow entrepreneurs particularly valuable. Speaking to Medium, Agboola explained that if he had one piece of advice to give to entrepreneurs, it would be to remember why they are on the path they are and to stay true to that path. “It is important for people to understand their goals, their path, and why that path is important, and stay true to that path,” he says. “Many approaches work, but only if you stay true to your conviction.”

7. His company is now valued at over $1 billion

On March 10, 2021, Agboola confirmed that Flutterwave was now valued at over $1 billion after picking up over $170 million in Series C funding. As Mobile Marketing Magazine says, the round, which was led by Avenir Growth Capital and Tiger Global Management, brings the total investment in the company to $225m and pushes it to unicorn status.

Flutterwave recently announced they had raised $170 million in new funding, and Agboola already has big plans about how he intends to use the fresh capital. Speaking to theafricareport.com, he explained how he plans to use the funds to expand the business’s footprint across Egypt, Morocco, and Tunisia. If the expansion goes as planned, he anticipates being live in the region by the second quarter of 2021. He also plans to use some of the funds towards developing new products and accelerating customer acquisition.

Agboola may have founded Flutterwave, but its original CEO was co-founder, Iyinoluwa Aboyeji. In October 2018, Aboyeji stepped down from the role after announcing his intention to focus on giving back to the start-up community. Following the development, Agboola stepped up to the plate by announcing he would be taking over the position.

10. He doesn’t consider himself a disruptor

Flutterwave may be bringing all-new payment solutions to the world, but Agboola doesn’t consider himself a distributor. Speaking to techawkng.com, he explained how Flutterwave is simply trying to make life a little bit easier for small merchants. “We are not doing anything new or disrupting; we are just complementing existing premium providers in the market,” he explained. “We are just trying to make life simple for a small merchant. A merchant in Rwanda can decide to sell to someone in Nigeria and they get paid simply and easily. Someone in Nigeria can sell to someone in Nairobi, Kenya and get paid. We are breaking the barriers of geography through payments.”