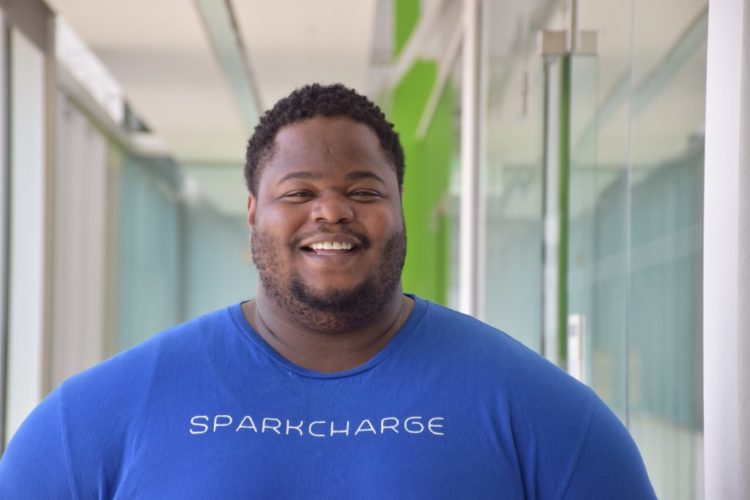 Josh Aviv is an American businessman and entrepreneur who serves as the CEO of SparkCharge. The company is a tech startup that provides solutions for EV charging with its product the “Ulta fast” EV charging unit that is called the Roadie. Aviv is an interesting character with a flair for creating useful inventions that are in demand. Here are 10 things you probably didn’t know about him that suggest he may become famous in the months and years to come.

According to Launchpad, Josh took his brilliant idea for a new tech startup to the televised competition series “Shark Tank.” When he introduced the Roadie to the panelists, Marc Cuban and Lori Greiner were so impressed with his invention that they jumped on board and granted Aviv $1 million in funding to get the new startup on its feet.

2. He built his first prototype in college

When Aviv was a student at the Syracuse University, he built the first prototype of his invention. He started SparkCharge before he even graduated from school. His startup began in the Blackston LaunchPad and Techstars at the school.

3. Josh is a member of LaunchPad still

Aviv graduated from the first R&D lab at the school’s Center of Excellence with a major in environmental and energy systems innovations. He is still active as a member of the LaunchPad. He also serves on the Founders Circle. He served as an entrepreneur in residence. He was also an acting judge of the ‘Cuse Tank competition just before his appearance on “Shark Tank.”

Aviv has been on a roll since his successful win at “Shark Tank.” He not only raised $1 million in funding from investors on the show, but he also went out and secured more. In a seed funding round that was led by PJC, along with Peak6 Strategic Capital, Revolution’s Rise of the Rest Seed Fund, Tale Venture Partners, and M&T Bank, he raised an additional $3.3 million for scaling manufacturing to meet the current demand for products. With all funding sources tallied he has raised a total of $5 million.

According to his Linkedin page, “Shark Tank wasn’t Josh Aviv’s first successful competition. He was also a competing entrepreneur at 43North in Buffalo, New York. He was there from October of 2018 to the present. He won the first place Grand Prize of $1,000,000 and is still a member. Aviv has a competitive spirit and he sees o always be up for a good challenge. He’s a guy that knows how to rise to the occasion.

6. Aviv is a winner of Startup Fest

Josh Avive entered the Startupfest competition in 2019 for the Global Pitch Competition. He won first place Best in Fest: SparkCharge distinction. StartupFest is located in Montreal, Quebec, Canada. It appears that the entrepreneur has made a habit of entering tech competitions and winning them.

7. He was a researcher before SparkChrage

In 2014, Josh worked at Nexis Lab as a researcher. As a member of Nexis, he researched and used new technology to build new applications including Touchless Interfaces, Data Visualization Wearable Technology, and 3D printing. He worked on the Oculus Rift, Google Glass, Drones, and indoor positioning systems. He spent two years at Nexis Lab. This project was a part of his work as a student at Syracuse University.

8. Aviv worked as a project manager

Josh also worked as a project manager for Blurock Energy Services. He joined the team in May of 2005 and remained in the position for 3 months, leaving the project in July of 2015 in Syracuse, New York. While on the project he worked in multiple areas of operations and sales areas. He also performed on-site assessments, sales presentations, and project proposals. Josh gained valuable experience assisting in the maintenance and development of technical systems and tools. He also contributed to research and development for new product channels and partners.

9. He is highly educated

Josh enrolled in courses at Richland College in Syracuse, New York. He enrolled in the liberal arts and sciences program in 2010. He graduated from the institution in 2012. After learning his degree, he enrolled at Syracuse University where he majored in the field of economics. He earned his bachelor’s degree in 2015. After receiving his degree, he continued to earn his taste of science in Information Management at the Syracuse University School of Information Studies. He also had an interest in computer technology and environmental sustainability and took courses that were available in these disciplines. While he was working on his bachelor’s degree, he simultaneously added another academic degree. He entered the CAS in Data Science at the School and earned a CAS certification which attested to his knowledge of technical and theoretical skills. The program was tailored to meet the educational and career goals of each student with a choice of 4 specializations. He understood the importance of data scientists in solving big data issues in a variety of industries. It is his belief that the field is growing and the need will continue to expand with this growth.

10. He was active in extracurricular activities in college

Josh Aviv dedicated a lot of time to his studies and he graduated with an advanced degree as well as a certification. Although there was a lot of time spent on his studies, he still found time to do other enjoyable things. From looking at his profile it is clear that he was an athletic guy. Aviv was involved in the Syracuse University Boxing team. He was also involved in Rugby and Couri Hatchery. Aviv showed a dedication to completing his education but he made sure to allow for time to pursue other interests at the same time. This tells us that he understands the importance of a strong sense of work and life balance.