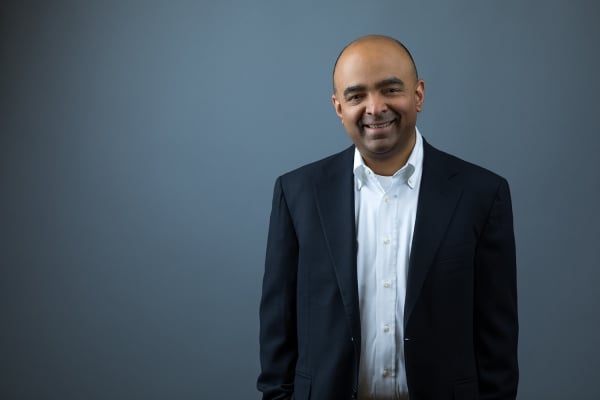 Chini Krishnan is one of the co-founders of GetInsured. Currently, he is serving as the company’s CEO, meaning that he is responsible for running its revenue-earning operations. This is not the first time that Krishnan has held high responsibilities at a company in healthcare that he co-founded.

1. Studied at the Indian Institute of Technology

Krishnan studied at one of one Indian Institutes of Technology. For those who are curious, these schools are the best tech-focused schools in said country. Each Indian Institute of Technology is autonomous. However, it is connected to the others by a common council, which is overseen by the Indian government. In total, there are 23 such schools in 23 Indian cities.

Later, Krishnan studied for a Master of Science from Duke University. It is interesting to note that the school is named for a man named Washington Duke because of the actions of his son James Buchanan Duke. In short, the father was one of the two men who made it possible for a school called Trinity College to move from Trinity, NC to Durham, NC. Later, the son provided further funding, which convinced the president of Trinity College to rename it to Duke University. Initially, James Buchanan Duke thought that the name would be seen as self-serving. However, he was eventually talked into accepting it as a memorial to Washington Duke.

It is perfectly possible for people to work in tech without studying computer science in school. However, considering the path that Krishnan’s career has taken, it is perhaps unsurprising to learn that he studied computer science for both his Bachelor of Science and his Master of Science.

Krishnan was one of the co-founders of Valicert, which was involved in the validation of public key infrastructure. There, he held responsibilities for tech as well as services, thus presumably preparing him for his even more important position in the present time. On top of this, Krishnan was involved in several acquisitions as well, which are notorious for being difficult to secure as well as difficult to complete. In any case, Valicert went public in 2000 before being bought out for a sizable sum by Tumbleweed Communications in 2003.

Nowadays, Krishnan is involved with healthcare. To be exact, GetInsured is meant to help interested individuals find the right health insurance policies as well as enroll in the right health insurance policies. Something that can be rather complicated but is nonetheless very important, thus explaining the potential usefulness of such service providers. Apparently, both Krishnan and the other co-founder struggled with the process even though both of them were already well-off at the time.

6. Witness to the Transition to Cloud-Based Systems

Krishnan has noted that healthcare services are seeing a transition to cloud-based systems. Essentially, it used to be common to see bespoke systems being used for such purposes in the 1990s and 2000s. However, such systems had a couple of serious drawbacks. One, they were rather expensive. Two, they were rather cumbersome. As such, bespoke systems are being replaced by cloud-based systems more and more in this regard because the latter is so much more convenient. Something that is responsible for bringing about similar changes in not just healthcare but also a very wide range of other sectors.

7. Pointed Out that Health Programs Can No Longer Run without the Internet

Being able to reach the intended users is a major concern for government programs. As a result, an enormous amount of thought is put into the methods by which the intended users can access government programs. Due to this, Krishnan’s comment about how U.S. health programs are reliant on the Internet to run is very interesting. For instance, it is an excellent example of how far as well as how deep the use of the Internet has spread. This is particularly true because Krishnan referred to Medicaid and the Affordable Care Act, which are aimed at not just a huge number of people but also certain demographics that are slower to adopt new technologies than others.

8. Pointed Out Serious Problems in Healthcare

Speaking of which, Krishnan also pointed out serious problems with the way that healthcare is provided in the United States. For example, he brought up how Americans are spending a high percentage of the GDP on healthcare without getting a corresponding degree of benefits from that spending. Something that he believes might be solvable through the use of new business models, though any such measure would have to overcome numerous hurdles. Similarly, Krishnan also brought up how prescription drugs are more expensive in the United States than in a lot of other countries. In particular, he mentioned insulin, which is notorious because its life-saving properties have resulted in very inelastic demand. Indeed, it isn’t an exaggeration to say that insulin and other life-saving drugs are the classic example of goods with inelastic demand.

There is no such thing as a perfect, all-seeing businessperson, so it is natural for even very successful entrepreneurs to have missed opportunities. In Krishnan’s case, he has described how his company thought about giving users the option to search for the best price on particular prescriptions but never went through with it because of a change in focus. Now, there are huge companies that have been built up around the idea, meaning that it was very much viable. Having said that, Krishnan doesn’t actually regret his past decisions, though he has thought about what could have been.

10. Faced Challenges Because of COVID-19

Perhaps unsurprisingly, Krishnan’s company has been impacted by the COVID-19 crisis. After all, there has been a huge surge of interest in health insurance for very understandable reasons. On top of that, his company is one of the countless businesses out there that have been forced to transition to remote-based operations. Having said that, such things are somewhat routine for them because the COVID-19 crisis isn’t the first crisis to hit them and won’t be the last crisis to hit them.