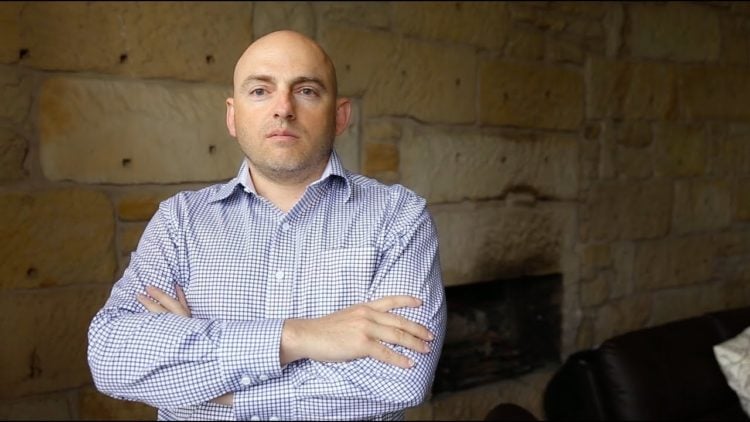 In 2014, Peter Platzer founded Spire Global, a space data company that offers fast, reliable access to space via a fleet of over 100 CubeSats. Whereas other companies take 12 months to design, build and launch a satellite, Spire Global has the job done in just three to six months, given it the crucial edge over its competitors. Since its inception, Spire Global has enjoyed phenomenal growth, a trend that’s only set to continue following its decision to go public via a SPAC merger. Find out more as we reveal ten things you didn’t know about Peter Platzer.

1. He studied at Harvard Business School

After leaving high school, Platzer studied at the Technical University of Vienna, graduating with his MS in 1996. In 2001, he returned to education at Harvard Business School, from which he graduated with an MBA in 2003. In 2012, he earned his Master of Science degree from the International Space University.

2. His first job was as a strategy consultant

Platzer has worked with numerous organizations in numerous capacities over the years, but his very first job after leaving the Technical University of Vienna was as a Strategy Consultant at The Boston Consulting Group. During his time with the firm, he worked across Germany, Singapore, and Thailand. After taking time out to study for his MS at Harvard Business School, he returned to the business world with the quantitative investment management firm, The Rohatyn Group. From there, he spent 3 years as a Director of Deutsche Bank. After attending Singularity University’s inaugural Executive Program in 2009, Platzer decided to abandon the finance world in favor of focusing on high frequency and high accuracy data in space. To that end, he spent 4 months interning at NASA Ames’ Space Portal.

In 2012, Platzer launched Spire Global, Inc., a private San Francisco-based company that designs, manufactures, launches, and manages a network of satellites. Since its inception, it’s deployed over 100 observational CubeSats into low Earth orbit, maintaining 24/7 coverage of the entire Earth. It currently serves over 150 customers, with some of the most high profile of those including Aerion Supersonic, NASA, the U.S. Air Force, and Chevron Corp. Through its utilization of data innovation and technology, Spire Global has been utilized in the areas of weather monitoring, maritime domain awareness, insurance, environmental impact, asset tracking, search and rescue, and piracy.

Spire Global’s ability to monitor activity on a highly accurate level has some surprising applications. Speaking to robertjacobson.com, Platzer revealed how the asset tracing element of Spire’s model was being used to target illegal and unreported fishing, an industry that totals over $20 billion a year in losses and poses a substantial threat to fish stocks. “With a ship-tracking constellation the size and accuracy of what we have at Spire Global, we get a picture of what ships do at a highly accurate level,” he explained. “Illegal fishers often venture into cordoned-off territories and fish where they’re not supposed to. If you track them every few minutes, you can see when a fishing vessel goes into an illegal area. Then you can go after both the illegal fishers and the vessels that smuggle the fish away.”

5. He serves as a Career Coach at Harvard Business School

If being the CEO of Spire Global wasn’t enough to keep Platzer busy, his extracurricular activities certainly will. In addition to co-creating and launching CareerTeams at Harvard Business School, he’s also served as a Senior Career Coach at the school for the past 20 years.

6. He never fires anyone

Spire Global is based in California, a state where, with a few exceptions, employees can be asked to leave (or choose to leave themselves) without notice or cause. But just because something flies in California doesn’t mean it flies at Spire. Unlike some bosses who see the power to fire someone as a key management tool, Platzer prides himself on never firing anyone. “It’s kind of like US Army rules: no man left behind,” he tells the Guardian “We as a company will never give up on you.”

7. He believes in unity

Adding ‘Global’ to Spire’s name wasn’t something Platzer did on a whim. It was always his intention to set up a global company with offices across the world, and that’s exactly what’s he done. The decision was driven by his commitment to unity, a concept that’s resonated with him since he was a kid growing up in Europe. “When I was a teenager, I had a passport, but I didn’t understand the whole border thing,” he’s since shared with robertjacobson.com. “I wanted a passport that said “Peter Platzer, Citizen of Earth.” I think the idea of borders is kind of silly, which is partially driven by me growing up literally 30 minutes west of the Iron Curtain. I was very close and could see that, as a physicist, from a rational perspective, it’s entirely random that I was born on the left side of the Iron Curtain rather than the right side, and my life would be entirely different if I had been born on the right side of the Iron Curtain.”

8. He serves on the Forbes Technology Council

Since 2018, Platzer has served as an official member and contributor of the Forbes Technology Council, an invitation-only organization that comprises of some of the most influential CIOs, CTOs, and technology executives in the world.

In addition to his work with Spire Global, Platzer is an in-demand speaker at finance, technology and entrepreneurship events across Asia, Europe, and the US. Some of his most notable speeches to date have been at Milken Institute, Techonomy, Orange Institute, Pioneers, and Shenzhen New Technology.