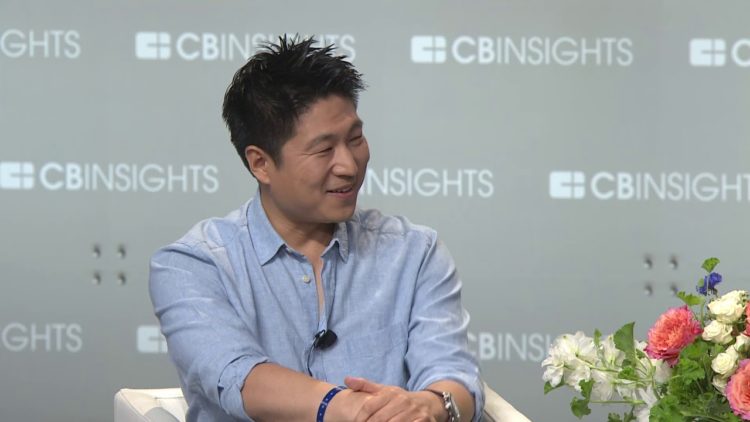 What do you know about Alex Ryu, the CEO of Kakao Mobility? Even if you already know a little bit about the company, it’s still important to get to know who’s behind it all. In case you’re not familiar with it, it is a new South Korean-based startup that provides Mobility as a Service, coming on the heels of another startup headed by Ryu, Kakao T. If you want to get to know more about the company that he’s responsible for, the best way to do it is to learn more about him first. Here are 10 things about him that will help you get started.

1. He’s spinning a lot of plates

In addition to the two aforementioned companies, he’s also responsible for two more startups that are currently operating, Kakao Bank and and Kakao Pay. It’s interesting to note that these two companies only went online in August and November of this year, respectively. Obviously, he has a great deal going on at the moment. Where most people would have their hands full with only a single startup, he has no less than four of them going at the same time.

There’s no doubt about it, he is extremely ambitious. Otherwise, he would never be able to handle having four startups that are running at the same time. As far as he’s concerned, all of these things involve something that he’s wanted to do for some time. In fact, he’s wanted to do some of them since he was a kid. Therefore, he didn’t really see the need to wait in order to start all of them out. As far as he’s concerned, if this is the way things eventually shook out, then he’s going to run with it and do the best he can. So far, he’s been doing fine with all of this responsibility. However, that doesn’t mean that some people aren’t concerned that he may have too much going on too quickly.

3. Some people think he’s a genius

Truth be told, some people believe him to be an absolute genius, almost at the level of prodigy. It’s easy to see why some people would think this, especially when you consider the fact that most people have a hard time figuring out how to get one start up going, much less four of them. Perhaps he has simply tapped into something that other people have been trying to tap into four years, something that allows him to figure out the secret formula (if there is one) to entrepreneurial success.

4. Others think he’s just a bit on the eccentric side

Of course, there are other people who don’t really see him as a genius. You might say that they think of him as being a bit more on the eccentric side. Even seasoned entrepreneurs don’t usually tackle four different startups at the same time. It’s because no matter how good you are at a given activity, startups take a great deal of time. As far as many people are concerned, there simply isn’t enough time in the day for someone to handle this many startups concurrently.

5. He has a tendency to seize the moment

There’s no doubt about it, he does indeed have a tendency to seize the moment. That can be an outstanding quality or it can be something that can hinder you, depending on how you choose to utilize it. If he is successful, he could easily become rich beyond his wildest dreams in a very short amount of time. However, there’s also a great deal of risk involved with operating so many startups simultaneously. As far as he’s concerned, it’s just another day at the office.

6. He’s no stranger to hard work

As you can probably already tell, he has been working hard for the majority of his life. It seems like some people are just born with an ambitious streak that far exceeds what most people would consider normal. That certainly isn’t a bad thing, as it allows people to achieve great things that can only be achieved through an enormous amount of hard work and dedication. These are the people that tend to stick it out when others decide to give up. He’s never been a stranger to hard work and he’s not in the habit of abandoning things whenever the going gets tough.

7. He likes setting up businesses to run themselves

One of the reasons that he’s able to run so many businesses concurrently and remain successful is because he has a tendency to set up his businesses so that they more or less run themselves. Granted, he still oversees operations so he knows exactly what’s going on. Furthermore, all of the businesses require a certain amount of involvement by key individuals. That said, they are all designed so that they can be set up on an app and operated from a laptop or smartphone, no matter where he might be geographically. It gives him an opportunity to spin all of these plates at one time, regardless of where he is or what else he might be doing.

8. He enjoys challenges because they make him feel alive

He says that he genuinely enjoys these types of challenges because it’s what makes him feel alive. It’s easy enough to understand. Some people feel most alive when they’re hiking or performing in some type of sporting activity. Others feel their best when they are doing something creatively in the Arts. Some enjoy being entrepreneurs. This is where he feels like he does his best and he can’t imagine doing anything else.

9. He has executive experience that helps drive his success

Before he became an entrepreneur, he served as an executive advisor for a company called Beatrain. He was only there for 10 months, but it gave him the experience that he needed to get things started. It also provided some much-needed practical experience in a real-world environment.

10. He loves the idea of connecting people through his companies

He says that he’s always loved the idea of helping people connect to one another. He also likes the thought of making other people’s lives easier. All of his startups accomplished both of these goals through various means, allowing people to do what they need to do and then focus on the things that really matter.