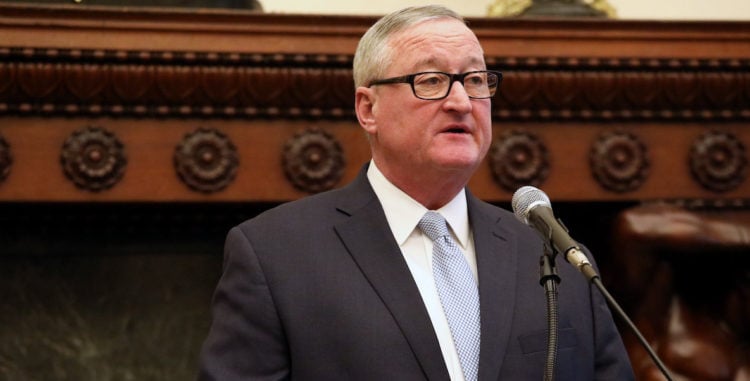 Jim Kenney is the mayor of Philadelphia, Pennsylvania. Jim is an interesting character who has been involved in city politics for more than two decades. To help you become better acquainted with the leader of this historical city, we learned 10 facts about him that you may not have previously known.

He was born on August 7, 1958, in Philadelphia, Pennsylvania. Jim is a native of the city that he now leads. He is a homegrown politician who has lived his life in the area, making him aware of many of the issues that the city and its residents are challenged by. His parents named him James Francis Kenney, but he prefers the more informal nickname Jim. He is personable as well as approachable.

2. He knew the job before he ran for office

Jim spent 23 years of his life serving on the Philadelphia City Council. As a Councilman, he became keenly aware of the processes involved in successfully running a municipality. He made the decision to run for mayor and ran a successful campaign resulting in his election in November of 2015. He is a Democrat who defeated his Republican opponent Melissa Murray Bailey. Kenney won the election by a landslide vote. In November of 2019, he was re-elected and will serve throughout 2024.

Jim Kenney was raised by both parents in the South Philadelphia neighborhood of Whitman. His mom was a homemaker who occasionally took on a second job, and his father was a firefighter who was also known to work two jobs. His parents did this so they could afford to put Jim along with the four other children in the family through a private Catholic school.

Jim started working to earn money when he was still in high school. He was inspired by his parents’ work ethic and as soon as he was able, he took on a few after school jobs. He worked as a busboy and as a newspaper deliverer. He was the oldest of four children and he followed his mother and father’s examples modeling a strong work ethic for his siblings.

5. He was the first to graduate from college in his family

Jim Kenney completed his education at Saint Joseph’s Preparatory School and graduated with his diploma in 1976. He enrolled in classes at La Salle University and received his bachelor’s degree in political science in 1980. He didn’t waste any time because he understood the value of a college education. He became the first member of his immediate family to earn a college degree.

During the most recent election year, Mayor Jim Kenney received the endorsement for re-election from several of Philly’s most prominent faith leaders They joined forces to support and endorse his bid for re-election. These Bishops, Reverends, and Pastors shared the ways that Jim had worked with their communities to start projects that address the current issues that residents of the communities face, and that he’s off to a good start in accomplishing important goals for the people living in these areas. They shared their desire to see him remain in the position to complete the outstanding work that he began. This was a huge boost of confidence for voters who were on the fence. Mayor Kenney has a genuine concern for the people of the city and he works with local leaders to accomplish necessary goals to improve living conditions.

Jim has been leading the city as a single man, but he has had a special lady in his life. He and girlfriend Letitia Santarelli have dated for several years now. The announcement was made in January that he finally asked her to be his wife, and she accepted the proposal. The couple made the decision in December. They have not yet set an official date for the wedding, but they have made the engagement official. We also learned that if they do marry before Kenney leaves office they will make history as the first Mayor to get married while in office in Philadelphia.

8. Jim and Letty were involved in a controversy

Letitia Santarelli served as the office manager for the 2016 National Democratic National Convention in Philadelphia. She was awarded a bonus of $13,000 which was part of a $1 million bonus package that was distributed to staffers. Governor Ed Rendell and Jim Kenney were co-chairs of the host committee for the convention. Jim was accused of calling in a special favor for his girlfriend, which led to a mild controversy over the matter.

9. Jim Kenney is a private person

It is rare that Jim Kenney discusses his personal life publicly. He has lived as a man who values his privacy and does not seek attention in personal matters. He was questioned about his relationship with Santarelli when she accompanied him on a 2017 trip to Iceland that was a part of the official business. He was obliged to disclose that he and Ms. Santarelli were in fact seeing one another and were in a relationship.

Jim has an Instagram page that he keeps updated with relevant posts. He has about 29.6K followers and there are 738 posts on the site. This is a valuable resource for residents of the city to check to learn more about what’s going on in the city as well as viewing some great photos of community events. There are tons of links to important information sites about the Covid-19 virus and what is happening on that front. Jim is making sure to add relevant links that will help the Philly community to keep informed and to know which actions will help to keep them safe in uncertain times.